Was human nature really designed by natural selection in the Pleistocene epoch? The dominant view in evolutionary psychology holds that it was — that our psychological adaptations were designed tens of thousands of years ago to solve problems faced by our hunter-gatherer ancestors. In this lecture, based on his new book, Adapting Minds: Evolutionary Psychology and the Persistent Quest for Human Nature, Dr. David J. Buller, a professor of philosophy at Northern Illinois University, examines in detail the major claims of evolutionary psychology. 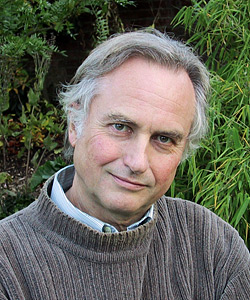 In this week’s eSkeptic we present an article by Richard Dawkins which appeared as the introduction to a special section on “Darwin & Evolution” in the November issue of Natural History magazine. The section was edited by Richard Milner, the singing Darwinian scholar who is known to many Skeptic readers, and features articles by Don Prothero on transitional fossils, Jonathan Weiner on natural selection in the wild, and many other articles of interest. Excerpts from the issue can be seen at www.naturalhistorymagazine.com and Richard Milner’s latest performance dates are listed on his website www.darwinlive.com. This article copyright © Natural History magazine, Inc., 2005. Used by permission.

Richard Dawkins, a world-renowned explicator of Darwinian evolution, is the Charles Simonyi Professor of the Public Understanding of Science at the University of Oxford, where he was educated. Dawkins’s popular books about evolution and science include The Selfish Gene (Oxford University Press, 1976), The Blind Watchmaker (W.W. Norton, 1986), Climbing Mount Improbable (W.W. Norton, 1996), and most recently, The Ancestor’s Tale (Houghton Mifflin, 2004), which retells the saga of evolution in a Chaucerian mode.

The Illusion of Design

The world is divided into things that look as though somebody designed them (wings and wagon-wheels, hearts and televisions), and things that just happened through the unintended workings of physics (mountains and rivers, sand dunes, and solar systems). Mount Rushmore belonged firmly in the second category until the sculptor Gutzon Borglum carved it into the first. Charles Darwin moved in the other direction. He discovered a way in which the unaided laws of physics — the laws according to which things “just happen” — could, in the fullness of geologic time, come to mimic deliberate design. The illusion of design is so successful that to this day most Americans (including, significantly, many influential and rich Americans) stubbornly refuse to believe it is an illusion. To such people, if a heart (or an eye or a bacterial flagellum) looks designed, that’s proof enough that it is designed.

No wonder Thomas Henry Huxley, “Darwin’s bulldog,” was moved to chide himself on reading the Origin of Species: “How extremely stupid not to have thought of that.” And Huxley was the least stupid of men. The breathtaking power and reach of Darwin’s idea — extensively documented in the field, as Jonathan Weiner reports in “Evolution in Action” — is matched by its audacious simplicity. You can write it out in a phrase: nonrandom survival of randomly varying hereditary instructions for building embryos. Yet, given the opportunities afforded by deep time, this simple little algorithm generates prodigies of complexity, elegance, and diversity of apparent design. True design, the kind we see in a knapped flint, a jet plane, or a personal computer, turns out to be a manifestation of an entity — the human brain — that itself was never designed, but is an evolved product of Darwin’s mill.

Paradoxically, the extreme simplicity of what the philosopher Daniel C. Dennett called Darwin’s dangerous idea may be its greatest barrier to acceptance. People have a hard time believing that so simple a mechanism could deliver such powerful results.

The arguments of creationists, including those creationists who cloak their pretensions under the politically devious phrase “intelligent-design theory,” repeatedly return to the same big fallacy. Such-and-such looks designed. Therefore it was designed. To pursue my paradox, there is a sense in which the skepticism that often greets Darwin’s idea is a measure of its greatness.

Paraphrasing the twentieth-century population geneticist Ronald A. Fisher, natural selection is a mechanism for generating improbability on an enormous scale. Improbable is pretty much a synonym for unbelievable. Any theory that explains the highly improbable is asking to be disbelieved by those who don’t understand it.

Yet the highly improbable does exist in the real world, and it must be explained. Adaptive improbability — complexity — is precisely the problem that any theory of life must solve and that natural selection, uniquely as far as science knows, does solve. In truth, it is intelligent design that is the biggest victim of the argument from improbability. Any entity capable of deliberately designing a living creature, to say nothing of a universe, would have to be hugely complex in its own right.

If, as the maverick astronomer Fred Hoyle mistakenly thought, the spontaneous origin of life is as improbable as a hurricane blowing through a junkyard and having the luck to assemble a Boeing 747, then a divine designer is the ultimate Boeing 747. The designer’s spontaneous origin ex nihilo would have to be even more improbable than the most complex of his alleged creations. Unless, of course, he relied on natural selection to do his work for him! And in that case, one might pardonably wonder (though this is not the place to pursue the question), does he need to exist at all?

As the generations unfold, ratcheting takes the cumulative improbability up to levels that — in the absence of the ratcheting — would exceed all sensible credence.

Many people don’t understand such nonrandom cumulative ratcheting. They think natural selection is a theory of chance, so no wonder they don’t believe it! The battle that we biologists face, in our struggle to convince the public and their elected representatives that evolution is a fact, amounts to the battle to convey to them the power of Darwin’s ratchet — the blind watchmaker — to propel lineages up the gentle slopes of Mount Improbable.

The misapplied argument from improbability is not the only one deployed by creationists. They are quite fond of gaps, both literal gaps in the fossil record and gaps in their understanding of what Darwinism is all about. In both cases the (lack of) logic in the argument is the same. They allege a gap or deficiency in the Darwinian account. Then, without even inquiring whether intelligent design suffers from the same deficiency, they award victory to the rival “theory” by default. Such reasoning is no way to do science. But science is precisely not what creation “scientists,” despite the ambitions of their intelligent-design bullyboys, are doing.

In the case of fossils, as Donald R. Prothero documents in “The Fossils Say Yes” [see the print issue of Natural History in which this article first appeared], today’s biologists are more fortunate than Darwin was in having access to beautiful series of transitional stages: almost cinematic records of evolutionary changes in action. Not all transitions are so attested, of course — hence the vaunted gaps. Some small animals just don’t fossilize; their phyla are known only from modern specimens: their history is one big gap. The equivalent gaps for any creationist or intelligent-design theory would be the absence of a cinematic record of God’s every move on the morning that he created, for example, the bacterial flagellar motor. Not only is there no such divine videotape: there is a complete absence of evidence of any kind for intelligent design.

Absence of evidence for is not positive evidence against, of course. Positive evidence against evolution could easily be found — if it exists. Fisher’s contemporary and rival J.B.S. Haldane was asked by a Popperian zealot what would falsify evolution. Haldane quipped, “Fossil rabbits in the Precambrian.” No such fossil has ever been found, of course, despite numerous searches for anachronistic species.

There are other barriers to accepting the truth of Darwinism. Many people cannot bear to think that they are cousins not just of chimpanzees and monkeys, but of tapeworms, spiders, and bacteria. The unpalatability of a proposition, however, has no bearing on its truth. I personally find the idea of cousinship to all living species positively agreeable, but neither my warmth toward it, nor the cringing of a creationist, has the slightest bearing on its truth.

The same could be said of political or moral objections to Darwinism. “Tell children they are nothing more than animals and they will behave like animals.” I do not for a moment accept that the conclusion follows from the premise. But even if it did, once again, a disagreeable consequence cannot undermine the truth of a premise. Some have said that Hitler founded his political philosophy on Darwinism. This is nonsense: doctrines of racial superiority in no way follow from natural selection, properly understood. Nevertheless, a good case can be made that a society run on Darwinian lines would be a very disagreeable society in which to live. But, yet again, the unpleasantness of a proposition has no bearing on its truth.

Huxley, George C. Williams, and other evolutionists have opposed Darwinism as a political and moral doctrine just as passionately as they have advocated its scientific truth. I count myself in that company. Science needs to understand natural selection as a force in nature, the better to oppose it as a normative force in politics. Darwin himself expressed dismay at the callousness of natural selection: “What a book a Devil’s Chaplain might write on the clumsy, wasteful, blundering low & horridly cruel works of nature!”

In spite of the success and admiration that he earned, and despite his large and loving family, Darwin’s life was not an especially happy one. Troubled about genetic deterioration in general and the possible effects of inbreeding closer to home, as James Moore documents in “Good Breeding” [see November issue of Natural History magazine], and tormented by illness and bereavement, as Richard Milner’s interview with the psychiatrist Ralph Colp Jr. shows in “Darwin’s Shrink,” Darwin’s achievements seem all the more. He even found the time to excel as an experimenter, particularly with plants. David Kohn’s and Sheila Ann Dean’s essays (“The Miraculous Season” and “Bee Lines and Worm Burrows” [See November issue of Natural History Magazine]) lead me to think that, even without his major theoretical achievements, Darwin would have won lasting recognition as an experimenter, albeit an experimenter with the style of a gentlemanly amateur, which might not find favor with modern journal referees.

As for his major theoretical achievements, of course, the details of our understanding have moved on since Darwin’s time. That was particularly the case during the synthesis of Darwinism with Mendelian digital genetics. And beyond the synthesis, as Douglas J. Futuyma explains in “On Darwin’s Shoulders,” [see November issue of Natural History Magazine] and Sean B. Carroll details further for the exciting new field of “evo-devo” in “The Origins of Form,” Darwinism proves to be a flourishing population of theories, itself undergoing rapid evolutionary change.

In any developing science there are disagreements. But scientists — and here is what separates real scientists from the pseudoscientists of the school of intelligent design — always know what evidence it would take to change their minds. One thing all real scientists agree upon is the fact of evolution itself. It is a fact that we are cousins of gorillas, kangaroos, starfish, and bacteria. Evolution is as much a fact as the heat of the sun. It is not a theory, and for pity’s sake, let’s stop confusing the philosophically naive by calling it so. Evolution is a fact.