the Fall Season of Lectures at Caltech

Mark your calendar! The Skeptics Society is pleased to announce its Fall season of the Skeptics Distinguished Lecture Series at Caltech. The next lecture will be by Dr. Steven Pinker on September 30, 2007. This continues the fifteen-year-long series, presenting over 200 lectures by some of the most distinguished experts in the world. First up… 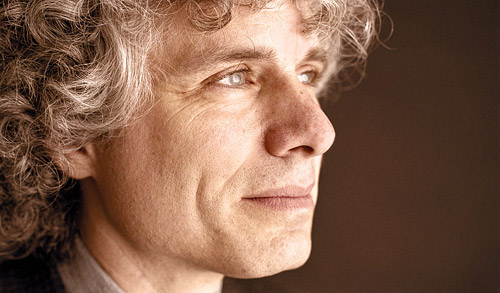 One of the most influential thinkers of our time, Dr. Steven Pinker marries two of the subjects he knows best — language and human nature — into his new book on how words can help explain our nature (for example, what swearing reveals about our emotions or what innuendo discloses about relationships). The author of the bestselling books The Language Instinct, How the Mind Works and Blank Slate, Pinker reveals how our use of prepositions and tenses taps into peculiarly human concepts of space and time, and how our nouns and verbs speak to our notions of matter. Even the name we give our babies have important things to say about our relations to our children and society.

Dr. Pinker is the Johnstone Family Professor of Psychology at Harvard University. In 2006, Time magazine named him one of the 100 most important people in the world. He conducts research on language and cognition, writes for publications such as the New York Times, Time, and Slate, and is the author of numerous scientific papers and six books.

followed by these lectures…

The Great Debate
Is Religion a Force for Good or Evil?
and Can you be Good without God?

new Lectures at Caltech on DVD

Richard Wiseman, PLUS Skeptics at Dragon*Con

This week’s episode of Skepticality features an interview with psychologist, skeptic, and author Dr. Richard Wiseman, recorded at the Australian Science Festival. Michael McRae (previously a guest on Skepticality to discuss integrating critical thinking into the classroom — listen here) sits down with Wiseman to discuss new approaches to skepticism and the role of new media in promoting interest in science.

Also, Derek & Swoopy talk about the strong showing of skepticism at Dragon*Con 2007 — one of the largest pop culture expos in the world. 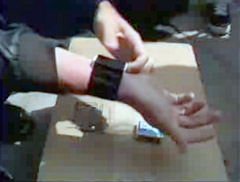 The art of the con is as old as civilization, employing the skills of deception, misdirection, and the psychology of human greed and the desire to get something for nothing. In this episode, Shermer employs a professional con artist to teach him the fine art of conning people.