Can Skeptics Tame the Internet? 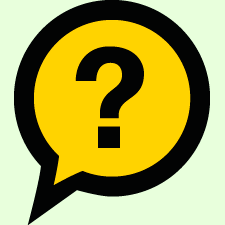 Misinformation is everywhere, but nowhere has it proliferated more than on the internet. A Google search for “homeopathy” or “UFO” returns a landslide list of mystery-mongering websites. Yes, there are a few skeptical web resources too — but a non-skeptic can be easily misled online.

On this episode, Derek & Swoopy talk with Tim Farley, a skeptic applying his 20-plus years of software development experience to the creation of advanced tools and techniques for fighting the battle against misinformation on the World Wide Web.

Tim’s popular websites include the Skeptical Software Tools blog “Skeptools” (which uses Web 2.0 techniques to aid the spread of critical thinking information online), and WhatsTheHarm.net, which has collected the stories of over 225,000 people who have been injured or killed as a result of supernatural and pseudoscientific practices from alternative medicine to hypnosis to faith healing.

Are markets moral? Is our hunter-gatherer brain geared for modern capitalism, and do economies work like evolutionary organisms? The rise of neuroeconomics, the extinction of Homo Economicus and more…

Those were the topics discussed in last week’s ABC Radio National show All in the Mind, a debate recorded for National Science Week in Australia, with outspoken founder of the Skeptics Society, Dr Michael Shermer, and shareholder activist and Crikey founder, Stephen Mayne.

LISTEN to the debate

Today, there is arguably no hotter topic
in culture than science & religion.

So much of the debate turns on The Big Questions that involve Origins: the origin of the universe, the origin of the ‘fine-tuned’ laws of nature, the origin of time and time’s arrow, the origin of life and complex life, and the origin of brains, minds, and consciousness. From theologians and philosophers to creationists and intelligent design theorists, the central core of almost all of their arguments centers on filling these origin gaps with God. But now science is making significant headway into providing natural explanations for these ultimate questions, which leaves us with the biggest question of all: Does science make belief in God obsolete?

This year’s speakers include: