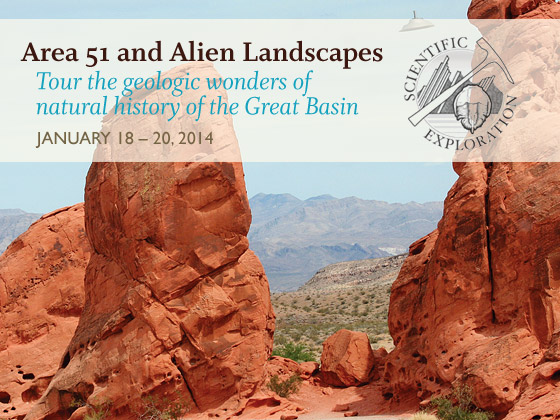 COME JOIN THE SKEPTICS SOCIETY for an exciting trip to the wonders of southern Nevada. We will travel along the Extraterrestrial Highway near the north gates of Area 51, and have lunch at the famous Little A’Le’Inn in Rachel, Nevada. We will take a tour of the National Atomic Testing Museum in Las Vegas. In addition, we will visit the stunning alien landscape of Valley of Fire, collect 520 million-year-old trilobites, and revisit the Old West at Calico Ghost Town. Come join us and see some of the most amazing scenery in the world! Seats are limited, so make your reservations soon! 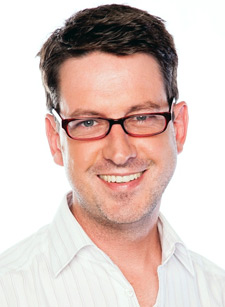 It is the creepy time of year once again. This week on Skepticality, to celebrate the coming of All-Hallows-Eve, Derek chats with Greg Gage, a neuroscientist dedicated to bringing citizen science to the world of what goes on in the brain. As the founder of “Backyard Brains,” Greg has invented do-it-yourself equipment, which you can use at home, to conduct experiments demonstrating how the nevous system works. Nothing could be more fitting around Halloween than learning how you can create your own “zombie” cockroach!

The Latest Episode of Mr. Deity: Mr. Deity and the Hand

Mr. Deity explains why he’s removing his hand of protection from the land.

Neuroscience—one of the great intellectual achievements of modern science—often suffers from spasms of “premature extrapolation” due to oversimplification, interpretive license, and premature application in the legal, commercial, clinical, and philosophical domains. In this week’s eSkeptic, Harriet Hall, M.D. (a.k.a. The SkepDoc), takes a look at the science of neuroscience in light of Sally Satel and Scott Lilienfeld’s book Brainwashed: The Seductive Appeal of Mindless Neuroscience.

Dr. Harriet Hall, MD, the SkepDoc, is a retired family physician and Air Force Colonel living in Puyallup, WA. She writes about alternative medicine, pseudoscience, quackery, and critical thinking. She is a contributing editor to both Skeptic and Skeptical Inquirer, an advisor to the Quackwatch website, and an editor of Sciencebasedmedicine.org, where she writes an article every Tuesday. She is author of Women Aren’t Supposed to Fly: The Memoirs of a Female Flight Surgeon. Her website is www.skepdoc.info.

Neuroscience and its Discontents

Sally Satel and Scott Lilienfeld have written a marvelous book, Brainwashed: The Seductive Appeal of Mindless Neuroscience. Its purpose is not to critique neuroscience, but to expose and protest its mindless oversimplification, interpretive license, and premature application in the legal, commercial, clinical, and philosophical domains. 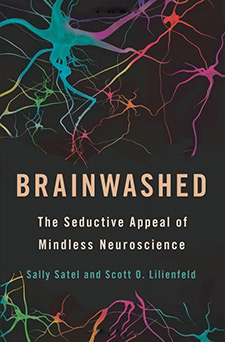 The brain is a wondrous thing: “the three pound universe between our ears has more connections than there are stars in the Milky Way.” Trying to understand how it works and how it generates conscious awareness and subjective feelings is a daunting task. Neuroimaging is one of the tools we are using to study it. Unfortunately, people get so enthusiastic about its possibilities that they are constantly tempted to read more into the images than is really there. This has given rise to a new phrenology that interprets our mental characteristics with pretty colored pictures. We are easily impressed by pictures; after all, a picture is worth a thousand words.

Brain imaging can’t show us what is going on in the mind of the person. It shows areas that have increased oxygen consumption. A spot lights up when a person thinks or acts, but that doesn’t tell us much. Single blobs that light up in the brain have been interpreted as centers for things like love, rewards, hate, and belief in God. This is sometimes referred to as “blobology.” They found an area in one person that lit up when he thought about an actress he loved. That area was thought to be a “reward” center. But it also lit up when he thought of Ahmadinejad! So they did some fancy footwork and rationalized that he believed that the Jewish people would endure and therefore he derived pleasure from the idea that Ahmadinejad would fail. That’s pretty far-fetched. Occam’s razor would lead us to a more prudent explanation that maybe the area that lit up was reacting not to pleasure, but to something else. People tend to read what they want to see into ambiguous patterns, like the Rorschach test. Mental functions are rarely limited to a single spot in the brain; multiple areas are involved and interconnected. Researchers are increasingly moving away from blobology and towards pattern analysis where they look at the patterns of activation across the entire brain.

Neuroscience is one of the great intellectual achievements of modern science, and it’s sad to see it perverted and hyped in spasms of “premature extrapolation.” The mind is a result of the actions of neurons, but one can’t use the physical rules of the cellular level to predict activity at the psychological level. Neurobiology deals with brains and physical causes; psychology deals with the mind, with thoughts and motives. This might sound superficially like dualism, but it isn’t; the mind is solely the product of a physical brain, but there is an explanatory ladder with many levels, and it can be counterproductive to put too much emphasis on the lower levels. A marriage counselor could try to improve his understanding of a couple’s problems by doing fMRI scans of their brains, but that would only draw attention away from their thoughts, feelings, and interactions with each other at a level where intervention could be helpful.

Neurodeterminism may replace Freudian determinism (unconscious conflicts and drives determine our thoughts and actions) and Skinnerian determinism (rewards and punishments determine our thoughts and actions) to become the next grand narrative of human behavior. The authors ask, “Can we ever fully comprehend the psychological by referring to the neural?” Some people (among them Sam Harris and Michael Gazzaniga) think we can, even hoping that knowledge of the brain will solve all our political and ethical problems, and that government bureaucrats might some day be replaced by neurocrats.

There is a tendency to grant brain-based explanations superiority over all other ways of accounting for human behavior. Understanding the biological basis of pleasure has led some addiction experts to fundamentally rethink the moral and legal aspects of addiction. In the legal world, there is a temptation to shift from blame to biology, relieving the criminal of responsibility for his actions. 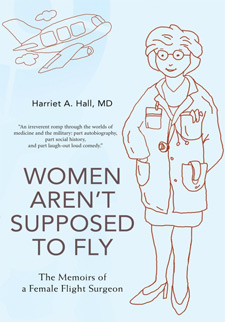 Whenever you see a headline “Brain Scans Show…” you should be skeptical. Scans don’t reveal causes, only correlations. In teenagers, there is increased activity in regions associated with aggression when they play violent video games. That doesn’t mean video games trigger violence. Maybe aggressive teenagers enjoy those games more. Maybe parental inattentiveness leads to both more video game playing and more aggressive tendencies. Maybe those areas also light up with excitement and competition. Or maybe there’s another explanation altogether.

Functional magnetic resonance imaging (fMRI) measures oxygen consumption as a proxy for increased neuronal activity. It uses a subtraction technique to compare oxygen consumption during a task to baseline consumption. The data are collected as voxels, a volume designation analogous to the pixels of a two-dimensional display. A computer filters out background noise and generates an image with color gradations to reflect the likelihood that the results of the subtraction process were not due to chance. The pictures we usually see of scans are not of a single person, but a composite averaging the results of everyone in a study. Defining the task is critical: having teenagers look at color pictures of people rather than black and white pictures completely reversed the findings of one experiment. There are other complications. There is a 2–5 second delay between the activation of neurons and the increase in blood flow. The amygdala lights up in situations of fear but it also lights up in situations of anger, happiness, and even sexual arousal. An area may light up because its neurons are stimulating other neurons, or it might light up because it is inhibiting the activity of other neurons. Sometimes the voxel is too large to register tiny clusters of neurons that have a critical function. There is also the practice factor, where brain circuits operate more efficiently and use less oxygen as the person becomes skilled at a task. Additional mischief comes from statistical errors, as in the famous fMRI scan of a dead salmon “thinking.” And researchers may home in on tiny areas of activation and inadvertently concentrate on chance fluctuations in the data, drawing conclusions that will not be replicable. Another problem is when researchers “learn” something from brain imaging that we already knew by other means; this might be called “neuroredundancy.”

Neuromarketing capitalizes on the fact that consumers are seldom consciously aware of the motives behind their own choices. The more brazen promoters of brain scanning to get insights into consumer behavior are pulling off a “brain scam” on the companies that hire them. Clinicians scan the brains of addicts with the good intention of putting addiction on an equal footing with diseases like Alzheimer’s. But they ignore the reality that quitting is the rule rather than the exception. A survey found that 77% of former drug addicts and 86% of former alcoholics reported no substance abuse problems during the year before the survey. Identifying addiction as a brain disease tends to remove personal responsibility and depicts addicts as helpless.

Neuroscience has made us question the very concept of free will: the unconscious processes of the brain register our decisions before we are conscious of deciding. It has raised questions about individual responsibility and about the morality of blaming or punishing people in a deterministic world. But those are moral and philosophical issues that neuroscience itself can’t resolve.

Satel and Lilienfeld briefly mention Dr. Daniel Amen and his Amen Clinic empire. He is a prime example of someone who reads far more into brain scans than is warranted. He thinks single photon emission computed tomography (SPECT) scans are essential to diagnose and treat mental illnesses, addiction, ADHD, and other conditions (a claim not accepted by mainstream psychiatrists and psychologists). He charges patients thousands of dollars to inject them with radioactive compounds and show them pretty colored pictures of their brains, without any credible evidence that it adds to the diagnostic or treatment processes.

An example of Dr. Amen’s “evidence”

The image to the right is an example of his “proof.” Are you impressed?

Amen’s latest endeavor is a new book, Unleash the Power of the Female Brain. He reviewed 26,000 SPECT scans of men and women, and concluded that the female brain was more active in 112 of the 128 brain regions he looked at. From the differences in those regions, he concluded that women make better bosses and leaders, are better at memory, empathy, intuition, collaboration, self-control, and “appropriate” worry. Men are only better in 9 areas associated with visual perception, form recognition and object representation; they are better at tracking objects in space. He thinks his findings explain why women have a lower incidence of ADHD, antisocial personality disorder, substance abuse, and incarceration. He offers advice to help women love their brain, overcome mood disorders, optimize brain function, and supercharge it for better health, energy, mood, and sex.

Being a woman, I’d love to believe women are superior to men in so many ways, but I won’t let my wishes interfere with my judgment. I have never found any of Amen’s work credible.

Neuroimaging is frequently misunderstood and overhyped. Satel and Lilienfeld’s book offers keen insights into what neuroscience can and can’t do, and much food for thought.