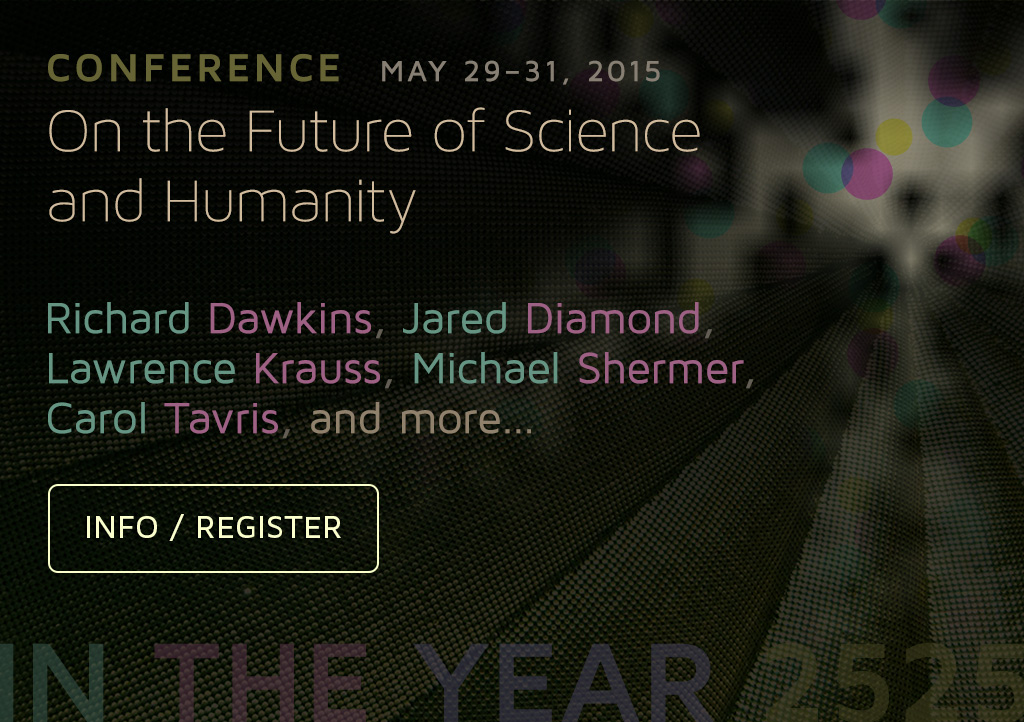 MonsterTalk host Blake Smith reports on a new paper rebutting DNA-based claims of an unknown bear species in the Himalayas, and places that new paper in context.

Why do we fear? What is fear? The Ressler Lab is located in the Yerkes Primate Research Center in Atlanta, and the studies they’re conducting seek to understand fear at the cellular, molecular and neural-circuitry level of granularity. Dr. Kerry Ressler, head of the lab, joins us to talk about that research and the neurological basis of fear.

Sometimes strange things happen, the causes for which seem hard to explain. Sometimes, these occurrences are referred to as “supernatural” or “paranormal.” But, what do those words really mean? In this week’s eSkeptic, Michael Shermer describes what is meant by “supernatural.”

Dr. Michael Shermer is the Publisher of Skeptic magazine, a monthly columnist for Scientific American, a Presidential Fellow at Chapman University, and the author of The Moral Arc: How Science and Reason Lead Humanity toward Truth, Justice, and Freedom. His previous books include: The Believing Brain, Why People Believe Weird Things, Why Darwin Matters, The Mind of the Market, How We Believe, and The Science of Good and Evil.

What Does “Supernatural” Mean, Anyway?

Ever since my Scientific American column appeared last year about the anomalous experience my wife Jennifer and I had on our wedding day involving her grandfather’s long-dead radio that mysteriously began to play music at an opportune moment (never active again), much discussion has ensued regarding the implications for belief in the supernatural, for which I penned a longer explanation and analysis on Slate. In a March 5 New York Times essay Tanya Luhrmann wrote about her own experience involving a bicycle light that mysteriously melted in her backpack, she concluded “Who’s to say that this had some natural explanation rather than a numinous one?” (paraphrased by Jerry Coyne). In response I wrote a letter to the editor at the New York Times, which they published on March 10:

Re “When Things Happen That You Can’t Explain” (Op-Ed, March 5): T. M. Luhrmann opines that when things happen that cannot be explained, it opens the door for the possibility of supernatural or paranormal phenomena being real. She cites several examples of powerful personal experiences that people have had, including my own, which I recounted in my Scientific American column.

As interesting as such experiences are to read about, from a scientific perspective they mean nothing because there is no such thing as the paranormal or the supernatural. There is just the normal, the natural and mysteries we have yet to solve with normal and natural explanations. Until such time as we can provide natural explanations for apparently supernatural phenomena, we need do nothing with such stories because in science we will never be able to explain everything.

There is always a residue of unexplained phenomena, and in science it is O.K. to simply say “I don’t know” and leave it at that. Unexplained does not equal supernatural.

The always insightful biologist and skeptic Jerry Coyne wrote an analysis of both Luhrmann’s essay and my letter in which he concluded:

I mostly agree with what Shermer said, although part of the letter is confusing: “there is no such thing as the paranormal or the supernatural.” One could take that as a tautology: that such phenomena, because they can be investigated by the tools of science and reason, must be natural by definition, as they’re part of nature. But I think Shermer means more than that: that there is a natural explanation for everything that seems paranormal or supernatural. While everything we know about what happens in the cosmos supports this conclusion, it’s still logically possible that there is a God—a supernatural being—who uses forces outside of nature to interact with the world. If that were true, those interactions would not have “normal and natural explanations.” (I find the paranormal a bit more “natural-ish”, since if we could, say, move objects with our minds, there would almost have to be some natural but unexplained reason for that.)

Jerry makes a good point here, but let me add one final point on the matter as it seems to turn on what one means by “supernatural” and “paranormal”.

When I say that “there is no such thing as the paranormal or the supernatural,” I mean that these words are just linguistic placeholders to talk about something for which we do not as yet have a normal or natural explanation. Analogously, when cosmologists talk about “dark energy” and “dark matter” they don’t mean those words to be an explanation, only linguistic placeholders until they figure out what exactly is causing the as-yet unsolved mysteries (rotation of galaxies, accelerating expansion of the cosmos). But whereas cosmologists do not stop searching for the underlying mechanisms of the observed phenomena just because they have a label, religious believers and New Agers treat words like “paranormal” and “supernatural” (or “miracle”) as if they were causal explanations.

If it turned out that, say, people really could read other peoples’ minds and that they were able to do so because inside our neurons are tiny microtubules in which quantum effects happen that allow thoughts (patterns of neural firing) to be transferred from one skull to another at any distance (like “spooky action at a distance” effects that quantum physicists have measured in experiments), that would not be ESP or PSI, and we wouldn’t need to call it a “paranormal” effect because we would then know that the ability to read minds was due to the properties of neurons and atoms, and it would be subsumed under the sciences of neuroscience and/or quantum physics (quantum neuroscience?). (This is, by the way, an actual theory.)

As for the possibility that a God could be using other forces, “forces outside of nature to interact with the world” as Jerry says, if a God did that (through intercessory prayer, miracles, or whatever) in a way we could measure the effects of such interactions, wouldn’t that mean that God must be using forces measurable by our scientific instruments? Here I am reminded of the analogy drawn by the great British astronomer Sir Arthur Stanley Eddington in his classic 1958 book The Philosophy of Physical Science:

Let us suppose that an ichthyologist is exploring the life of the ocean. He casts a net into the water and brings up a fishy assortment. Surveying his catch, he proceeds in the usual manner of a scientist to systematize what it reveals. He arrives at two generalizations:

In applying this analogy, the catch stands for the body of knowledge which constitutes physical science, and the net for the sensory and intellectual equipment which we use in obtaining it. The casting of the net corresponds to observations.

An onlooker may object that the first generalization is wrong. “There are plenty of sea-creatures under two inches long, only your net is not adapted to catch them.” The ichthyologist dismisses this objection contemptuously. “Anything uncatchable by my net is ipso facto outside the scope of ichthyological knowledge, and is not part of the kingdom of fishes which has been defined as the theme of ichthyological knowledge. In short, what my net can’t catch isn’t fish.” (1958, p. 16)

Extending the analogy beyond the physical sciences to all fields, regardless of what forces a God may use outside of our universe, if he’s interacting with our universe in a way we can measure it, then he must be using forces measurable by scientific instruments or our senses, so by definition they must be natural. What our scientific nets catch are natural fish. If one were to argue that God’s forces are non-natural (or supernatural) and they can still affect the world but in a non-measurable way (because our scientific nets only catch natural fish), then what’s the difference between an invisible God and a nonexistent God?