In this episode of MonsterTalk, we talk with Deborah Hyde, editor of the British magazine The Skeptic. Deborah is deeply interested in folklore, anthropology, monsters and skepticism. Our conversation covers a variety of topics including vampires, werewolves, ghosts and movies. Follow Deborah on Twitter @jourdemayne. 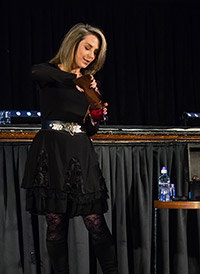 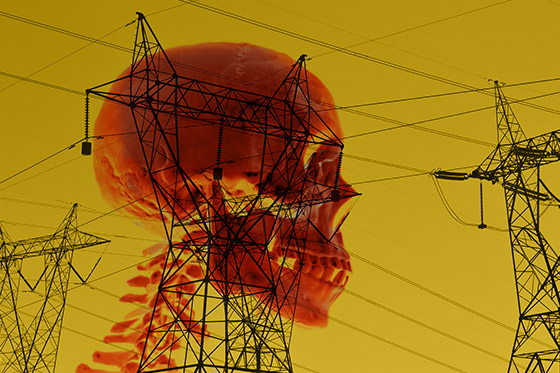 Harriet Hall, M.D. asks whether electromagnetic hypersensitivity (EHS) is physical or psychological, and dispels some myths about it and other sensitivities. This article appeared in Skeptic magazine 18.1 (2013). Read Harriet Hall’s bio at the end of this article.

As if we didn’t have enough things to worry about already, now we are being told to fear our toasters. A typical headline trumpets “The Effects of Invisible Waves.” We are increasingly exposed to electromagnetic radiation from cell phones, cell phone towers, wireless Internet routers, cordless phones, and power lines. Other sources 1,2 are our household appliances: TVs, hairdryers, light bulbs, and yes, your trusty toaster. These invisible villains are said to lead to a variety of symptoms, including poor sleep, fatigue, heart palpitations, headache, nausea, dizziness, memory impairment, prickling and burning sensations, along with skin rashes. They’ve even been blamed for depression, anxiety, colds, digestive disorders, and chronic pain. It’s called electromagnetic hypersensitivity or EHS.

Is EHS physical or psychological? Research is problematic because there is no universally accepted definition of the condition. The array of symptoms is reminiscent of the symptoms of chronic fatigue syndrome, Gulf War syndrome, fibromyalgia, somatization disorder, anxiety, and simple stress.

One sufferer claims to be so sensitive that if he is in the front yard and someone in the house hangs up from a cell phone call, he can immediately feel an energy shift.4 (What would happen to his brain in a stadium full of people on cell phone calls?) I’d love to see him submit to rigorous controlled testing— I’m guessing he has little chance of winning Randi’s million dollars.

Another says, “If I walk into a room or building that has Wi-Fi, my most immediate sign is that the front of my right thigh goes numb; if I don’t leave, I’ll get short of breath, chest pains and the numbness will spread.” (Numbness, shortness of breath, and chest pains are classic signs of hyperventilation due to anxiety.)

It has proved difficult to show under blind conditions that exposure to EMF can trigger these symptoms. This suggests that “electromagnetic hypersensitivity” is unrelated to the presence of EMF.

Such claims don’t hold up under scrutiny. A 2005 review in the Psychosomatic Medicine journal identified 31 blinded provocation experiments done on “electromagnetically hypersensitive” subjects. Twenty-four studies found no evidence of sensitivity. Seven studies did report some supporting evidence, but in two of them the same research group tried to replicate their own findings and failed; in three others, the positive findings could be attributed to statistical artifacts; and in the remaining two the results were mutually incompatible (one showed improved mood; the other showed worse mood). Studies that were not blinded all found that the patients reported symptoms only when they were aware that the EMF (electromagnetic field) source was switched on. The implication is obvious. The researchers noted: