It’s the 4th of July, and we are selling off all of our Distinguished Science Lecture Series DVDs at incredible savings. The more you buy, the bigger the discount! Shop now. 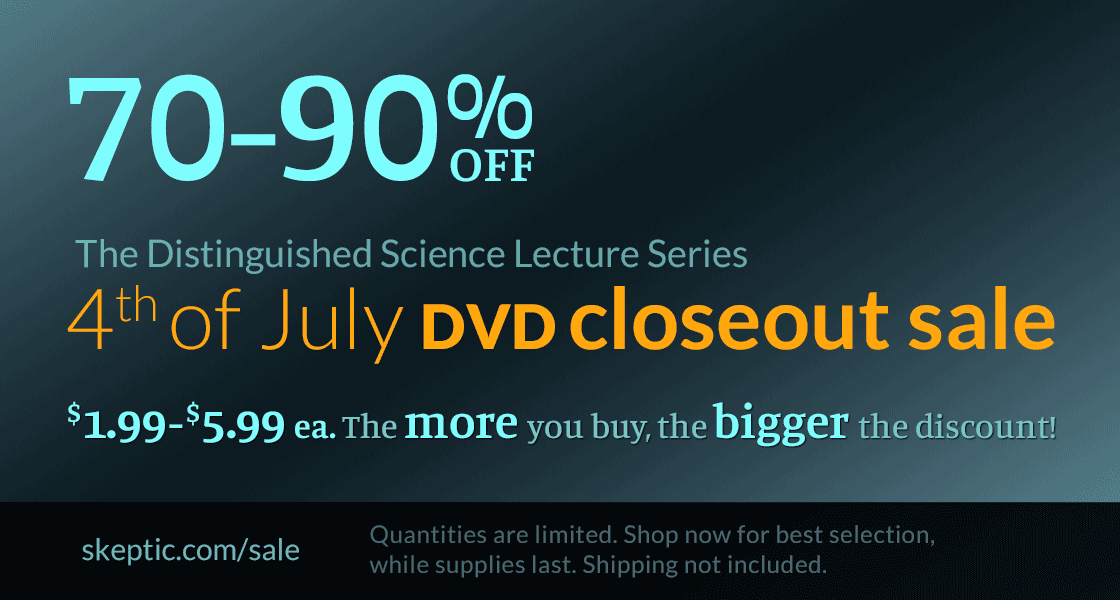 Get ’em while you can!

Beginning in 1992, prior to the existence of Science Salon (which began in 2015), the Skeptics Society hosted over 350 of the biggest names in science in the Distinguished Science Lecture Series. The series covered the most cutting edge discoveries and controversial topics in all of science, and enabled students, educators, and the general public to hear what’s new in science and skepticism. These lectures have helped people learn how to think critically about claims made in the name of science. Now, we are selling off all of these Distinguished Science Lecture Series DVDs at incredible savings!

Quantities are limited. Shop now for best selection, while supplies last. Shipping not included. Sale may end without notice.

FREE WITH EVERY DVD ORDER