Michael Shermer with Charles Fishman — One Giant Leap: The Impossible Mission that Flew us to the Moon On this July 16th, the 50th anniversary of Apollo 11, Michael Shermer speaks with veteran space reporter Charles Fishman who has been writing about NASA and the space program for more than 30 years.

In One Giant Leap he delivers an all-new take on the race to the Moon that puts Apollo into a new perspective in American history. Yes, the Apollo astronauts are the well-known and well-deserved public heroes of the race to the Moon. But the astronauts didn’t make the trip possible. It took 410,000 people to make the moon landings achievable. Every hour of spaceflight for Apollo required a million hours of work by scientists, engineers and factory workers on the ground — the equivalent of 10 lifetimes of work back on Earth. Fishman tells the story of the men and women who did the work to get the astronauts, and the country, to the Moon and back. Fishman and Shermer discuss: 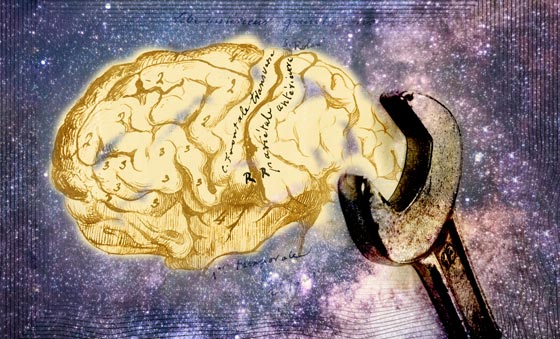 What is Mental Illness, Anyway?

In Mind Fixers: Psychiatry’s Troubled Search for the Biology of Mental Illness,1 Harvard historian of science Anne Harrington concludes about American Psychiatry that “firm understandings of major mental illnesses and their underlying biology continue to elude the field” (p.272). Harrington cites hundreds of published articles and books demonstrating her major conclusion that the biology of serious mental disease remains a mystery. Such a pessimistic verdict is paired with the implication that treatment of emotional disease has shown little progress, largely as a consequence of inadequate biological comprehension. In Chapter 1, Harrington describes questionable early-20th century psychologically based treatment efforts for hysteria and traumatic psychic war disability. In 1913, Treponema pallidum bacteria that caused Syphilis were found in the brains of patients suffering from the neurological psychiatric disease “General Paresis.” Later antibiotic remedies that destroyed Treponema also ended Neurosyphilis. Surely, one would think, the same kind of scientific advance could generate a cure for schizophrenia or depression? Alas this has not happened even by today. 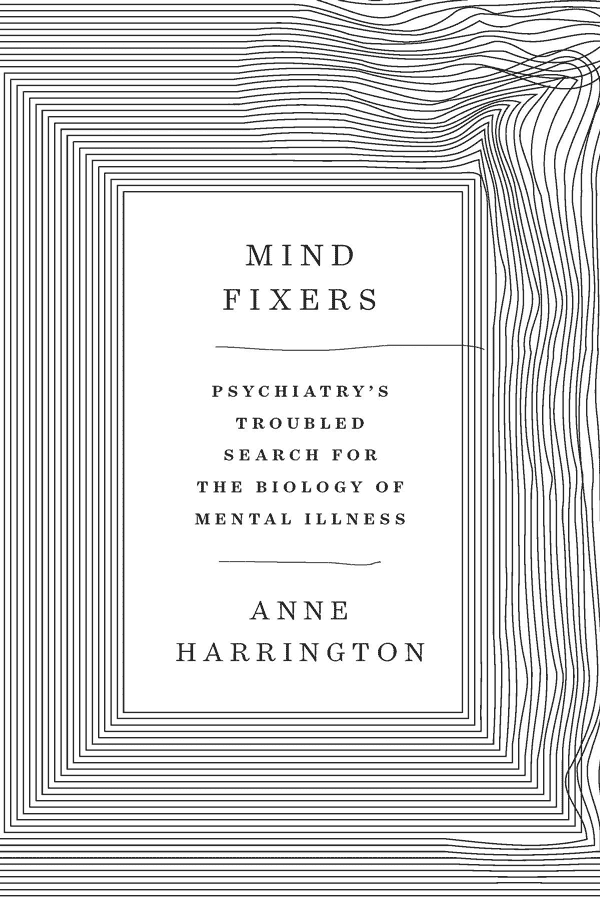 But the book extensively describes the time period after 1910 when influential Swiss neurologist and emigrant to America Adolph Meyer emphasized that psychiatrists must study mental illness from a biological perspective. The following year (1911), psychiatrist Eugen Bleuler also Swiss who coined the term “Schizophrenia” agreed. He claimed that although this disabling disease had psychological characteristics its origins was organic pathology of the brain. Both physicians asserted that understanding mental illness required more than investigation of pertinent lifetime social and mental data, and must include the actual inspection of brain specimens and the study of heredity and genetics.

In Part I of her book, “Doctors’ Stories,” Harrington examines the history of concerted efforts by American Psychiatry to identify the biology of mental illness. Her comprehensive examination of research findings convinces her that most seriously ill patients whom we treat certainly do have a genuine disease. As a physician I too have no doubt that this is so. For her — and for me — this is certainly why Vladimir Horowitz, probably the finest classical pianist of the 20th century, couldn’t perform between 1953 and 1965. He suffered from a profound Depression Disorder, recovery from which was achieved only through repeated electroshock therapy.2

In Part II, “Disease Stories,” Harrington reviews theories about the alleged brain causes of three disabling major mental illnesses: Schizophrenia, Depression, and Mania-Depression. These diseases afflict millions of Americans and lead to severe personal suffering, in addition to the large societal and economic cost from lost work and impaired social engagement. However, there is a serious omission in this section of the book: the necessary exploration of a fourth major mental disease, addiction. This disorder has caused 200,000 American opioid overdose deaths over the past 15 years3 and its absence from Mind Fixers is notable because of these drugs’ lethality. Even more relevant is that our understanding of the biology of addiction is considerably better than any of the three illnesses included in Harrington’s survey. Naturally occurring brain chemicals such as GABA (gamma-aminobutyric acid), glutamates, and dopamine have been identified as critical neuro-substances in this psychopathology. Their inhibitory and stimulatory functions, chemistry, and neurological substrates are well understood. As a consequence of this scientific advance in knowledge, effective medications such as methadone, buprenorphine, and naltrexone have been successful in ameliorating the ravages of both legal and illegal opioid substances.4 Also this comprehension during the last half century has generated sleeping medicines in the form of benzodiazepines that are far safer than barbiturates which were a major source of accidental overdose deaths during the 20th century So in this scientific medication domain, there has indeed been considerable progress. […]

The Mapinguari is Not the Territory

Editor’s Note: We’ve officially hit a decade of MonsterTalk. Our first episode aired in July of 2009. With this episode, we’re announcing the end our decade-long partnership with Skeptic Magazine and the Skeptics Society. This was a difficult decision, but we are proud of the work we did together and are very happy with the support that Skeptic has given us during our relationship. Details about the future of MonsterTalk are provided after the interview segment in this show. Thanks again to all the people at Skeptic for their support in the growth of our audience, and our continued shared mission of promoting critical thinking and scientific skepticism.

In this episode we get “old school” and talk about the legendary Mapinguari, and how cryptozoologists have tried to explain the folklore of this massive South American animal by claiming it to be a kind of Bigfoot creature, or even a Giant Ground Sloth. We take a deep dive into what Paleontology can tell us about the real historical records of Giant Ground Sloths (Megatherium) and see how well these creatures line up with the legend of the Mapinguari. Our guest is Uruguayan paleontologist Dr. Richard A. Fariña.

Today is the final day to get Amazon Prime deals. Shopping at smile.amazon.com makes a difference to us because, when you shop, Amazon donates to the Skeptics Society.