I wanted to alert all those in the Southern California area of our monthly Skeptics Distinguished Lecture Series at Caltech event this Sunday. This one will be of special interest to those in the sciences and science education because Edward Tufte, our speaker, is the world’s leading scholar of the visual presentation of evidence and data; his work is so beautiful and elegant that it borders on art. It is art, in fact, scientific art. So I would like to encourage you all to please forward the following lecture description and directions to all your friends and colleagues in the sciences. —Michael Shermer 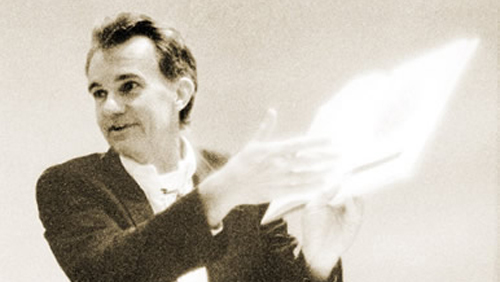 Beautiful Evidence:
The Art of Science and the Science of Art

The renowned theorist of analytical design, Edward Tufte, was described by the New York Times as “the Leonardo da Vinci of data” for his pioneering work in the display and analysis of visual evidence. His lecture here draws from his forthcoming book, Beautiful Evidence, which develops the fundamental theory of analytical design and proposes methods for display for nearly every type of evidence (time series, images, causal arrows, data tables, statistical graphics, public presentations). He will also discuss his analysis (that appeared in the final report of the Columbia Accident Investigation Review Board) of the Boeing/NASA PowerPoint slides created while the space shuttle Columbia was injured but still alive.

Edward Tufte has written seven books, including Visual Explanations, Envisioning Information, The Visual Display of Quantitative Information, and Data Analysis for Politics and Policy. He writes, designs, and self-publishes his books on information design, which have received more than 40 awards for content and design. He is Professor Emeritus at Yale University, where he taught courses in statistical evidence, information design, and interface design. His current work includes digital video, sculpture, printmaking, and a new book, Beautiful Evidence.

Off the 210 freeway exit Lake Ave., go south, left on Del Mar, right on Michigan, park in the faculty parking lot, Baxter building is on the southeastern end of the parking lot. The lecture hall is on the second floor.

The following is a review of James Warren’s Facing Death: Epicurus and His Critics (New York, Oxford University Press, 2004, ISBN 0199252890) by David Voron.

Author David A. Voron, M.D., has been in the private practice of dermatology in Arcadia, CA, since 1974. He is past president of the Los Angeles Metropolitan Dermatology Society and currently a media spokesperson for the American Academy of Dermatology. Dr. Voron is board certified in dermatology and dermatopathology, and is a Clinical Professor Emeritus at the Keck USC School of Medicine. He has been a reviewer for the Journal of the American Academy of Dermatology and has authored fourteen medical publications.

When Death Comes Knockin’
Who Ya Gonna Call?

a book review by David Voron

We skeptics must face death without the consolation of a religious person’s belief in an afterlife. When our heart stops beating and our neurons stop firing, there will be no pearly gates waiting for us. We have no image of a transcendent suprahuman being to provide us with solace as the end approaches. So, when Death comes knockin’, who ya gonna call? Epicurus, the death-buster, that’s who! says James Warren, author of Facing Death: Epicurus and His Critics.

Epicurus (341-270 B.C.) is the founder of Epicureanism, one of the schools of thought, along with Stoicism and Skepticism, that dominated philosophy during the Hellenistic Period—the three centuries beginning with the death of Alexander the Great in 323 B.C. and ending, by convention, with the victory of Octavian over Mark Antony in 31 B.C. Today, “epicurean” means enjoying sensual pleasures and possessing sensitive and discriminating tastes. However, Epicurus himself, and Hellenistic Epicureanism in general, advocated the pursuit of simple pleasures such as friendship and aesthetic contemplation. In his Letter to Menoeceus, Epicurus writes:

For it is not continuous drinking and revels, nor the enjoyment of women and young boys, nor of fish and other viands, that a luxurious table holds, which make for a pleasant life, but sober reasoning, which examines the motives for every choice and avoidance, and which drives away those opinions resulting in the greatest disturbance to the soul.

Among “those opinions resulting in the greatest disturbance to the soul,” according to Epicurus, were religious beliefs and the fear of death. Epicurus disputed the foundations of popular Greek religion, which he recognized as the source of the fear of divine judgment and eternal punishment. Warren quotes Epicurus’ Tetrapharmakos, his fourfold remedy for these disturbances of the soul:

God should not concern us.
Death is not to be feared.
What is good is easy to obtain.
What is bad is easily avoided.

That “death is not to be feared” asserts Epicurus, can be demonstrated by rational argument. The simple summation of Epicurus’ thesis is his well-known statement that “death is nothing to us” because at the moment we die—the instant we cease to exist—we experience nothing. As Warren says, “for something to be good or bad for some person, that something . . . must be perceived by that person.” Death is not perceived by the individual because the cessation of life marks the cessation of all sensation, including that of physical and mental pain. Death is merely the termination of a stream of consciousness. It is unreasonable, says Epicurus, for us to be fearful of a future event that will not harm us when it occurs. “What is no trouble when it arrives is an idle worry in anticipation,” Epicurus explains in his Letter to Menoeceus. Warren notes that Epicurus limits his thesis to the attitude he believes it is reasonable for the individual to hold regarding his or her own death, not to pain before death, or to the death of others.

Epicurus grants that it is not irrational to fear the possibility of pain prior to death, or to the experience of losing a loved one. However, if we have a dying friend or family member who approaches death with an Epicurean perspective, some of the pain of our own grief may be lifted. Additionally, says Epicurus, the fact that “death is nothing to us,” does not prevent us from recollecting with fondness pleasant memories of our loved ones. In fact, looking back allows us to edit out past painful experiences by simply choosing not to recall them.

Of course, our anxieties about death reflect not just the fear of ceasing to exist, but also the awareness of having something precious taken away from us, of being eternally deprived of an existence that would have continued to yield pleasure. Epicurus’ response to this challenge is that ataraxia (the Hellenistic term for tranquility or imperturbability), not duration, is the criterion of a life well lived. Once ataraxia has been achieved, happiness cannot be augmented, either by more accomplishments or by a longer life. This notion may be difficult to accept for those who see life as a coherent narrative with a beginning, middle, and end. According to this view, our lives have a “plot,” which must be played out in order to be complete. The fear of death significantly relies on this disposition to see one’s life as an unfolding story.

For Epicurus, this narrative structure—the way many people experience their being in time—is just an arbitrary conceptual construction. The important questions are not “What have I made of my life?” or “What will I make of my life?” but “How am I right now?” It is the present-shaping consequences of the past and our attitude to the future that matter, not the past and future as such. If I am experiencing ataraxia, I am a perfected Epicurean, and logging in more months or years, or attaining more goods or honors, is beside the point. From this perspective, death deprives me of nothing and is nothing to be feared. In the words of the Epicurean philosopher Philodemus:

The one who understands, having grasped that he is capable of achieving everything sufficient for the good life, immediately and for the rest of his life walks about already ready for burial, and enjoys the single day as if it were eternity.

Warren notes that Philodemus’ observation is reminiscent of Wittgenstein’s affirmation that “he lives eternally who lives in the present.” They also bring to mind Alan Watts’ conclusion that “life requires no future to complete itself, nor explanation to justify itself. In this moment it is finished.”

As the subtitle suggests, Warren also engages Epicurus’ critics. Perhaps the most effective argument potentially undermining the Epicurean perspective is that it is at odds with our visceral emotions. Warren concedes that logic may simply not be powerful enough to overcome the fear of death. Reason must compete with other intuitive, possibly innate, and unconscious sources of motivation. Warren grants that, “it is possible to claim that the fear of death is a crucial evolutionary product, ‘hard-wired,’ as it were, into our minds in order to allow us to survive.” Of course, if death is in fact bound up in the structure of our brains, we are stuck, and the Epicurean project is dead in the water. However, as Warren puts it, “if it is possible to live a human life without fearing death then fearing death is not essential to being human.” Only our own subjective and attentive response to Epicurus’ philosophy can answer the question of whether the fear of death can be overcome. Those of us who respond to Epicurus’ reasoning can say to him, along with Diogenes of Oinoanda: “I agree with what you say about death, and you have persuaded me to laugh in its face.”

Doubters of Diogenes will say he is whistling in the dark, and that attempting to reason oneself out of the fear of death is folly. They will say that our adult attitudes toward death are too deeply embedded to be modified. But are they? If we recognize that our view of death is molded during childhood and reinforced over many years by the cultures into which we are born, we will see that it is a constructed concept subject to rebuilding. As Warren says, “For the Epicurean, learning to think about death correctly is an integral part of living a good life.” Expecting Epicurus to convert us overnight to his “death is nothing to us” perspective may be asking too much, but his project is a worthy one. His reasoning, well explicated by Warren, is sound, and his philosophy, if understood and applied, is literally life changing. Epicureanism does have the potential to emancipate us from the fear of death. Thus freed, we see life in a new light.