This week’s eSkeptic begins with Gary Posner’s eulogy for the ufologist Philip J. Klass. Gary Posner, M.D., is the founder and executive director of Tampa Bay Skeptics. His interview with Phil was previously published in Skeptic, and can also be found on his website: www.gpposner.com/Klass_inter.html

The second piece is an Opinion Editorial on intelligent design by Michael McGough, originally published in the Los Angeles Times, August 15th, 2005 (reprinted with permission from the author). Michael McGough writes a twice-monthly column for the Los Angeles Times on religion and politics, but his primary job is with the Washington bureau of the Pittsburgh Post-Gazette. 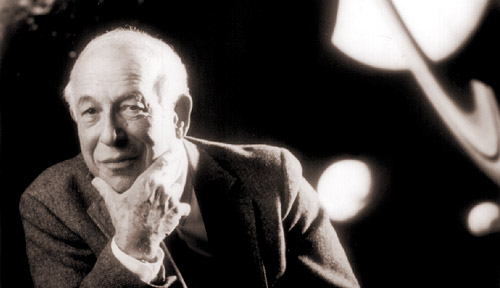 Philip J. Klass, a co-founder of the Committee for the Scientific Investigation of Claims of the Paranormal (CSICOP) and a friend and mentor to me, died on August 9 at age 85 following several years of declining health.

Though best known to the general public as the world’s leading UFO skeptic—and reviled as such by many “believers” — in “real life” Phil was one of its most honored aerospace journalists. Readers of Skeptic magazine may be familiar with his cutting-edge Skeptics UFO Newsletter (which I copy-edited), but his professional peers knew him as a groundbreaking reporter on more serious matters, having been the first — in the mid-1950s — to publish articles on such topics as inertial guidance technology, infrared missile guidance and detection, and the future microelectronics revolution. His one non-UFO book, Secret Sentries in Space (1971), was the first to deal with spy satellite technology. Phil’s six books on UFOs include UFOs Explained (1974), which is still widely regarded as the best in the field.

My relationship with Phil began in 1977, during my metamorphosis from “believer” to “skeptic,” when I received a copy of UFOs Explained in the mail — free of charge — in response to a letter I had written to him. At about the same time, I had also written to Dr. J. Allen Hynek, the country’s #1 pro-UFOlogist. Hynek was also gracious in replying, but his letter’s references to Phil’s book were so demonstrably false that, armed with my new present, I proceeded to write Hynek four pages, including a point-by-point rebuttal. Upon reading a copy of that letter, Klass replied in part, “What you have dared to say to the “Galileo of UFOlogy” [as Hynek had recently been dubbed in Newsweek] has long needed to be said … You are the first, to my knowledge, to brazenly comment that the Emperor is NAKED!”

Most of Phil’s long and distinguished professional career was spent in Washington, D.C., with Aviation Week & Space Technology magazine, as senior editor for its avionics coverage (a term he coined from “aviation electronics”) until his official retirement in 1986. In subsequent years he continued to put in comparable hours for Aviation Week without portfolio, until his health no longer permitted. Some highlights of his avocational career in UFOlogy, which typically occupied several hours a night, were discussed in my 1999 Skeptic interview with Phil (Vol. 7, No. 4).

With his wife Nadya, in 2003 Phil moved to Merritt Island, Florida, but I don’t think he ever had an opportunity to enjoy his new environs. My last communication from him was a cryptic instant message, in response to mine, upon his return home following a hurricane evacuation last year. My most recent e-mail several months ago was never answered, and his Washington Post obituary indicates that he spent his final days in a nursing home.

To say that Phil Klass’ shoes can never be filled may risk cliché. But in this instance, I’m afraid the shoe fits.

Put aside the question of whether “intelligent design,” the latest alternative to Charles Darwin’s theory of evolution, is good science. The more interesting question is whether it is good theology.

ID argues, supposedly on purely scientific grounds, that the complexity of life, especially at the cellular level, points to an Intelligent Designer. Its adherents won’t call that designer God, but the conventional wisdom is that Christians can only be pleased if ID gains traction. But that’s not necessarily so, though ID certainly has its Christian cheerleaders, and they aren’t all fundamentalists.

Last month, for example, Cardinal Christoph Schoenborn, the Roman Catholic archbishop of Vienna, published an Op-Ed article in the New York Times assailing “neo-Darwinism” and sounding a lot like a supporter of ID.

“The Catholic Church,” he wrote, “while leaving to science many details about the history of life on Earth, proclaims that by the light of reason the human intellect can readily and clearly discern purpose and design in the natural world.”

Schoenborn conceded that Pope John Paul II said in 1996 that evolution was “more than just a hypothesis” (a statement science writer Michael Shermer once paraphrased as “evolution happened — deal with it”). But the cardinal also argued that this “rather vague and unimportant” papal pronouncement must be read in light of John Paul’s comment 11 years earlier that “the evolution of living beings … presents an internal finality which arouses admiration [and which] obliges one to suppose a Mind which is its inventor, its creator.”

But is acceptance of ID (and rejection of Darwinism) really required by the basic belief contained in the Apostles’ Creed?: “I believe in God … creator of Heaven and Earth”? It all depends, as Bill Clinton might say if he were a theologian, on what the definition of “creator” is.

Long before Darwin, Christian thinkers struggled with the paradox that portraying God as “maker of heaven and Earth, and of all things visible and invisible” (in the words of another creed, the Nicene-Constantinopolitan) could give the Deity less than his due. The problem, Protestant theologian Langdon Gilkey explained in his 1965 book “Maker of Heaven and Earth,” is that a “maker” could be a mere craftsman, shaping raw material, rather than a truly omnipotent God. The solution, was to emphasize that God created ex nihilo, “from nothing.”

“In the Christian doctrine of creation,” Gilkey wrote, “God is the source of all and creates out of nothing. Thus the Christian idea, far from merely representing a primitive anthropomorphic projection of human art upon the cosmos, systematically repudiates all direct analogy from human art.” God instead is the “transcendent source of all existence.” Moreover, Gilkey wrote, human beings discover God the creator “not from a careful scientific or metaphysical analysis of the general experience of nature and of finite existence, but rather from the illumination that comes from special encounters with God in revelatory experiences.”

And that points to a different problem with a naive embrace by the church of intelligent design. Christian faith cannot be produced by a reflection on scientific knowledge or supposed gaps in that knowledge.

The Catholic theologian Luke Timothy Johnson makes a similar point. “The Christian confession of God as creator,” he writes in “The Creed,”

is not theory about how things came to be, but a perception of how everything is still and is always coming into being. God’s self-disclosure in creation, therefore, is not like the traces of the watchmaker in his watch. God is revealed in the world first of all not through the ‘whatness’ of things but through the ‘isness’ of things. That anything exists at all is the primordial mystery that points us to God.

Johnson sees this vision of creation as being “entirely compatible with theories of evolution.” He adds: “The theories of the natural and biological sciences address, and can only address, the interconnecting causes of beings that have been or are now already in existence. They cannot account for existence itself.”

For atheists, the distinction between these accounts of the doctrine of creation and intelligent design might seem a distinction without a difference. After all, they both see a God of some sort behind or under (pick your metaphor) physical reality. Yet for many Christians, it is not only possible but necessary to reject the idea of God as the watchmaker, the mere Intelligent Designer, who walks away from his work.