The following press release (Amherst, NY, July 22, 2005) is from the Commission for Scientific Medicine and Mental Health regarding a follow-up study to a clinical trial on the efficacy of prayer therapy. 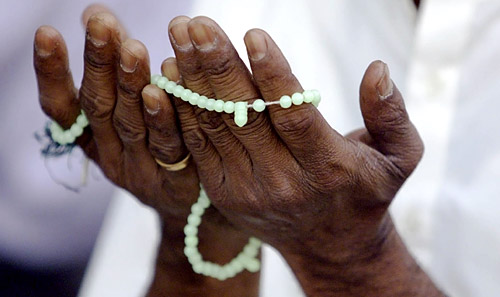 A study on the healing power of remote prayer in the current issue of the medical journal Lancet may help correct misleading statements that the lead author made about the preceding pilot study. Thanks in part to this misinformation, the earlier study continues to be widely cited as scientific evidence of the efficacy of prayer.

Dr. Mitchell Krucoff, a cardiologist at Duke University Medical Center, in Durham, NC, is the lead author of the Lancet study as well the pilot study that was published in the November 2001 issue of the American Heart Journal. Much misinformation about the apparent efficacy of prayer therapy has come from the author’s misleading statements to the news media, says Andrew Skolnick, executive director of the Commission for Scientific Medicine and Mental Health.

“If you compare what Dr. Krucoff told the news media with the actual results of the pilot study, you should be quite surprised,” Skolnick says.

Both the pilot and Lancet studies investigated the effects of “noetic” therapies on heart patients undergoing treatment to unclog their coronary arteries. Noetic therapies are treatments that don’t involve drugs, surgery, or other tangible intervention. The therapy receiving the most attention were prayers delivered remotely by people unknown to the patients.

In news interviews following its publication, Dr. Krucoff claimed he and his co-authors saw “impressive reductions in all negative outcomes” — including congestive heart failure and death — among patients who received remote prayer treatment, compared with those who were not treated with prayer.

“If one takes the trouble to read the MANTRA I study,” says Skolnick, “ one can see that the prayed-for group of patients had one more death than the patients in the group who received only standard care. Contrary to what Dr. Krucoff told the news media, there was no difference, impressive or otherwise, in the number of patients who suffered congestive heart failure.”

Nevertheless, in an interview for the Discovery Channel, Dr. Krucoff states:

We saw impressive reductions in all of the negative outcomes — the bad outcomes that were measured in the study. What we look for routinely in cardiology trials are outcomes such as death, a heart attack, or the lungs filling with water — what we call congestive heart failure — in patients who are treated in the course of these problems. In the group randomly assigned to prayer therapy, there was a 50 percent reduction in all complications and a 100 percent reduction in major complications.

Adverse outcomes in the prayer group were 50 percent to 100 percent fewer than in the standard therapy group. In the patients who received any of the noetic therapies, including prayer, we found a 30 percent reduction for every adverse outcome we measured.

In a recorded interview with Skolnick in July 2004, Dr. Krucoff claimed there was “no difference” between the number of deaths among the prayed-for patients and the patients who received only conventional care. When Skolnick pointed out that the authors’ published data show one patient died in the prayer group while none died in the control group, Dr. Krucoff answered, “Well the difference between zero and one in a cohort of 30 people is no difference.”

“That answer defies logic,” Skolnick says. “One death clearly is different from no deaths. Even more inexplicable was his claim that one death is a ‘reduction’ from zero deaths.”

The Lancet study included many more patients than the MANTRA I study and involved eight medical centers in addition to the Duke University Medical Center. It concludes that prayer therapy had no detectable effect on the health outcomes measured in the study. While Skolnick says he hopes these results will finally correct the misinformation about the earlier study that continues to circulate, he fears they may be spun to support the claim that intercessory prayer is effective medical therapy.

“Five years ago,” Skolnick says, “Dr. Krucoff told Hippocrates that he and his colleagues were designing ‘a definitive trial to confirm the finding’ of the MANTRA I study. The results of that trial has now been published, but it is no longer being called definitive.”

While it’s clear there was no measurable impact on the primary composite endpoints of this study, the trends and behavior of pre-specified secondary outcome measures suggest treatment effects that can be taken pretty seriously when considering future study directions.

An accompanying editorial in Lancet appears to echo this spin:

Could a more restricted denominational approach have influenced the outcome? Does the number of those praying matter? Or the timing and duration of prayer? Would it have been more fruitful to have used a battery of subtler qualitative endpoints?

Those questions, the editorial says, “provide a basis for further inquiry.”

“So obviously it was not a definitive study,” Skolnick says.

It seems that for some, the medical benefits of remote prayer may be a non-falsifiable hypothesis that can always be rescued with new hypothesis to explain away the lack of confirmatory results. As such, it’s a subject more appropriate for pseudoscience than science.

CSMMH is an international group of distinguished researchers, academics, and healthcare practitioners who are dedicated to promoting and defending science-based standards in medical care and mental health practice. The Commission sponsors two scientific journals, The Scientific Review of Alternative Medicine and The Scientific Review of Mental Health Practice. 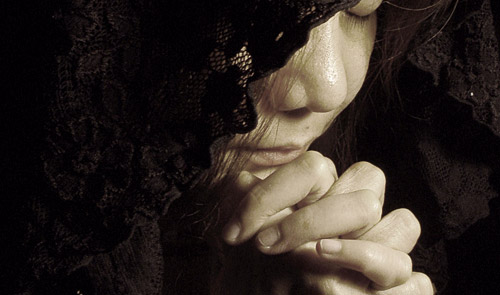