In this week’s eSkeptic, we reprint Michael Shermer’s review of The Universe in a Single Atom : The Convergence of Science and Spirituality by the Dalai Lama (Morgan Road Books, September 2005, ISBN 076792066X) that appeared in the New York Sun “Arts & Letters” section on September 14, 2005. 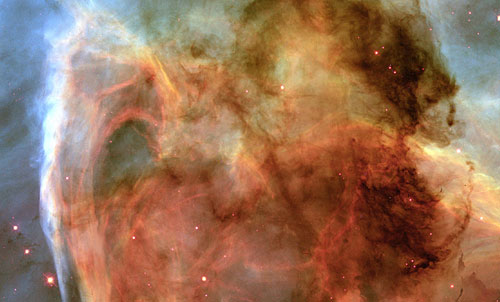 In a 1987 lecture on “The Burden of Skepticism,” the astronomer Carl Sagan opined:

In science it often happens that scientists say, ‘You know that’s a really good argument; my position is mistaken,’ and then they actually change their minds and you never hear that old view from them again. They really do it. It doesn’t happen as often as it should, because scientists are human and change is sometimes painful. But it happens every day. I cannot recall the last time something like that happened in politics or religion.

Well, Carl, here’s a bit of good news, from no less a personage than His Holiness the Dalai Lama, who writes in the prologue of his latest book, The Universe in a Single Atom:

My confidence in venturing into science lies in my basic belief that as in science so in Buddhism, understanding the nature of reality is pursued by means of critical investigation: if scientific analysis were conclusively to demonstrate certain claims in Buddhism to be false, then we must accept the findings of science and abandon those claims.

Listen up, all ye who insist on squeezing the round peg of science into the square hole of religion; if religious claims are not consonant with scientific findings, it is wisest to err on the side of science, which employs self-correcting machinery designed to weed out error, agenda, and bias. Not only do scientists change their minds in the face of contradictory evidence, they do so regardless of the religion, race, or nationality of the scientific colleagues who are doing the contradicting.

Science is international, or non-national, in this sense, a characteristic His Holiness says is in harmony with the teachings of Buddhism. “Because I am an internationalist at heart,” the Dalai Lama explains,

one of the qualities that has moved me most about scientists is their amazing willingness to share knowledge with each other without regard for national boundaries. Even during the Cold War, when the political world was polarized to a dangerous degree, I found scientists from the Eastern and Western blocs willing to communicate in ways the politicians could not even imagine.

In my 1999 book, “How We Believe,” I outlined a three-tiered model of the relationship of science and religion:

I thus approached this book with trepidation — what else can be said on this subject, especially by someone with no background whatsoever in science? Yet, as I read I grew to respect the author, Tenzin Gyatso, the 14th Dalai Lama, who at the age of 6 was enthroned as the reincarnation of his predecessor, the 13th Dalai Lama, in the Tibetan capital of Lhasa. Born to a peasant family in a small village called Takster in northeastern Tibet, the Dalai Lama ended up in an exile that brought him in contact with many of the world’s leading scientists.

He talks about his youthful encounters with science, especially his meetings with some of the world’s leading scientists, including physicists Carl von Weizsacker and David Bohm, and the philosopher of science Karl Popper. From these encounters, as well as his Buddhist studies, the Dalai Lama found a way to harmonize science and religion, even while recognizing (and respecting) their differences. Both science and Buddhism, he points out, share a strong empirical basis:

Buddhism must accept the facts — whether found by science or found by contemplative insights. If, when we investigate something, we find there is reason and proof for it, we must acknowledge that as reality — even if it is in contradiction with a literal scriptural explanation that has held sway for many centuries or with a deeply held opinion or view.

Instead of filtering scientific findings through the sieve of his religion, the Dalai Lama approaches science with humility and openness.

As my comprehension of science has grown, it has gradually become evident to me that, insofar as understanding the physical world is concerned, there are many areas of traditional Buddhist thought where our explanations and theories are rudimentary when compared with those of modern science.

This book is “not an attempt to unite science and spirituality,” he explains, “but an effort to explore two important human disciplines for the purpose of developing a more holistic and integrated way of understanding the world.” 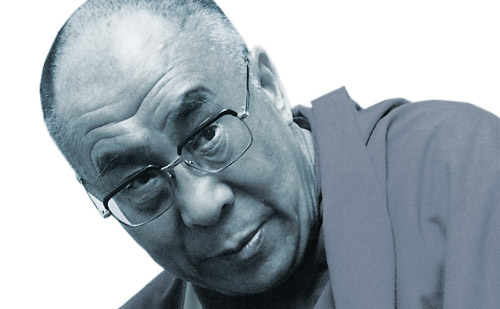 photo of the Dalai Lama by Martin Louis

He begins his exploration by equating science with the worldview of “scientific materialism,” which “seems to be a common unexamined presupposition” that includes “a belief in an objective world, independent of the contingency of its observers. It assumes that the data being analyzed within an experiment are independent of the preconceptions, perceptions, and experience of the scientist analyzing them.” Well, not quite. Most working scientists do make this assumption when conducting their experiments, but they are well aware that their preconceptions can color their analysis and interpretation. Reality exists, we can agree. Getting an accurate reading on reality is another matter entirely.

The Dalai Lama’s other bugbear is scientific reductionism, and here I feel he has set up something of a straw man.

The view that all aspects of reality can be reduced to matter and its various particles is, to my mind, as much a metaphysical position as the view that an organizing intelligence created and controls reality.

This view, he fears, leads to nihilism, and with it the loss of subjective purpose and meaning.

The danger then is that human beings may be reduced to nothing more than biological machines, the products of pure chance in the random combination of genes, with no purpose other than the biological imperative of reproduction.

I do not fault the Dalai Lama for challenging this view of science, which does make it difficult to explain such phenomena as the origins of the universe, life, sentience, and consciousness (each of which receive individual chapter treatments in his book), and is held by a great many people, both within and outside of the scientific community. Yet the solution to these and other problems, in my opinion, is through the new sciences of complexity, emergence, and self-organization. The Dalai Lama does not go this route, instead turning to certain Buddhist principles, such as karma.

Karma, he explains, is easily misunderstood by Westerners. It has to do with causal action, but “it is erroneous to think of karma as some transcendental unitary entity that acts like a god in a theistic system or a determinist law by which a person’s life is fated.” In fact, from a scientific perspective, karma is just a metaphysical assumption, but “no more so than the assumption that all of life is material and originated out of pure chance.” Although he admits that the Darwinian theory of evolution “gives us a fairly coherent account of the evolution of human life on earth,” the Dalai Lama also believes “that karma can have a central role in understanding the origination of what Buddhism calls ‘sentience,’ through the media of energy and consciousness.”

How? In Buddhism, the most fundamental unit of matter is prana, a vital energy indistinguishable from consciousness. So matter, energy, and consciousness are the same. Since not only sentience, but the origins of life, consciousness, and morality are inadequately explained by science, it is useful to employ the notion of karma.

Here I am afraid the Dalai Lama proffers the same empty explanations as the creationists and Intelligent Design theorists in what we call the “God of the Gaps.” Wherever there is a gap in scientific explanation — the origins of life, sentience, consciousness, morality — this is where God, or karma, intervened. But what happens to God/karma when science fills in the gap? Are you going to abandon God/karma from your worldview?

In my opinion, God/karma does not explain anything; it is just a linguistic place-filler until science can discover the actual cause. By analogy, cosmologists proffer something called “dark energy” and “dark matter” to account for certain anomalies in their data. But cosmologists do not stop there. They admit that “dark matter” is just a convenient label for something they have yet to discover. When creationists or Buddhists speak of God or karma, they mean it as the actual cause and end of their searching.

Although I applaud the Dalai Lama for his liberal open-mindedness to science, he still has some things to learn about science. Just because a current theory or philosophy of science fails to account for a phenomenon does not mean that science itself should be abandoned. And any attempt to blend religion with science, no matter how thoughtful and respectful of both traditions, can only lead to the reduction of the deity to the laws and forces of nature. A scientist will inevitably search for how, and by what forces and mechanisms, God or karma operated in the world.

I would caution both Christians and Buddhists alike: Be careful what you wish for in this endeavor to unify science and religion — you may not like what you find.