ALERT!
new speaker for this Sunday’s lecture
Evolution: How We Know it Happened & Why it Matters

The hottest cultural controversy of 2005 was the Intelligent Design challenge to the theory of evolution, being played out in classrooms and courtrooms across America. The crux of the argument made by proponents of Intelligent Design is that the theory of evolution is in serious trouble. They claim that the evidence for evolution is weak, the gaps in the theory are huge, and that these flaws should be taught to students. In this brilliant synthesis of scientific data and theory, Occidental College geologist, paleontologist, and evolutionary theorist Dr. Donald Prothero will present the best evidence we have that evolution happened, why Darwin’s theory still matters, and what the real controversies are in evolutionary biology.

Dr. Donald Prothero teaches Physical and Historical Geology, Sedimentary Geology, and Paleontology. His specialties are mammalian paleontology and magnetic stratigraphy of the Cenozoic. His current research focuses on the dating of the climatic changes that occurred between 30 and 40 million years ago, using the technique of magnetic stratigraphy. He is the author of Evolution of the Earth, Bringing Fossils to Life, After the Dinosaurs, Horns, Tusks, and Flippers: The Evolution of Hoofed Mammals, and the textbook Sedimentary Geology.

In this week’s eSkeptic, we present Michael Canfield’s very short essay on doubt, as well as Brian Ragle’s discussion of the film “Harry Potter & the Goblet of Fire.”

Brian Ragle is a student and writer, living in Georgia where he is pursuing a degree in history and philosophy. Combining a deep love of science with a personal background in a fundamentalist religion, Ragle enjoys rooting out the truth in long-standing beliefs of Christianity and applying a layman scientist approach to experiencing the alleged occurrences of “paranormal” activity. Much like one of his personal heroes, Carl Sagan, Brian Ragle does not want to believe, he wants to know. At 30 years of age, he is no stranger to the claims of both religion and practitioners of less mainstream beliefs.

I think we ought always to entertain our opinions with some measure of doubt. I shouldn’t wish people dogmatically to believe any philosophy, not even mine.

To have doubted one’s own first principles is the mark of a civilized man.

If you would be a real seeker after truth, it is necessary that at least once in your life you doubt, as far as possible, all things.

The whole problem with the world is that fools and fanatics are always so certain of themselves, but wiser people so full of doubts.

The best lack all convictions, while the worst / Are full of passionate intensity.

Doubt is not a pleasant condition, but certainty is absurd.

Doubt ‘til thou canst doubt no more … doubt is thought and thought is life. Systems which end doubt are devices for drugging thought. 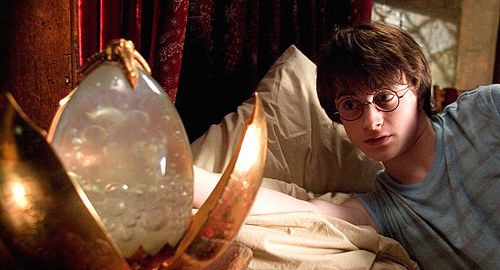 Harry Potter & the Goblet of Fear

The Harry Potter sensation continues its march into cultural history with the latest of the now six volume series shattering sales records previously broken by earlier Potter books. That success is equally reflected in the four movies based on the story, the latest of which is premiered in the United States in mid November, 2005. Though read by children and adults alike, the Harry Potter books have been variously upheld for bringing a renewed interest in reading among young people while at the same time heavily criticized for elements of the occult which feature prominently in the saga of the boy wizard.

The criticism is renewed with the release of each of book or movie in the series and has even come from top Catholic officials, such as Pope Benedict XVI who, when he was still known as Cardinal Ratzinger, called the Harry Potter books a subtle seduction into witchcraft for young souls. The public reaction among even mainstream Christianity has been likened to the book burnings of Nazi Germany or the purging of Communist sympathizers by Senator Joseph McCarthy.

That comparison is not lost on Reverend Bryan Small, a priest at the St. Catherine of Siena parish in Kennesaw, Georgia. Holding a degree in psychology and a bookshelf of controversial books, such as Dan Brown’s Angels & Demons, Rev. Small sees the larger issue surrounding Harry Potter to be one of parenting. 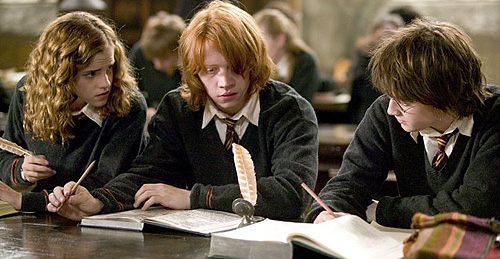 “I am 31 years old. I have traveled abroad and I have read extensively,” Small said, “I can tell the difference between reality and fantasy. A child is less likely to be able to do that and so that’s where the parents come in.”

Small has already encountered one vocal parent at the K-6 school that annexes his church. Upon discovering a copy of Harry Potter & the Sorcerer’s Stone in the school library, she complained heavily to every member of the staff. Small said he sympathizes with her concerns but sees no real difference between the Harry Potter sensation and other notable works of fantasy from the likes of J.R.R. Tolkien or C.S. Lewis. The Lord of the Rings series of movies have already generated billions of dollars from worldwide sales of the books and films, and there are heavy expectations for Lewis’ Chronicles of Narnia series, set to open in December with the first volume, The Lion, the Witch, and the Wardrobe.

However, noted Christian author Richard Abanes draws a distinction between the writings of Tolkien and Lewis and that of J. K. Rowling, author of the Harry Potter sagas. “Harry Potter contains elements of real magic, unlike the more fantasy-based powers employed in Lord of the Rings or Narnia,” Abanes explained. In fact, Abanes claims it is this difference that makes the Potter stories much more likely to induce impressionable children into seeking additional information about witchcraft and the world of the occult.

That is perfectly fine with teenage witch Kathryn Elliott, a self-described “non-denominational Wiccan.” She welcomes the inclusion of mystical elements and witchcraft in Harry Potter as a positive portrayal of a belief largely condemned as evil by clergy and pop culture alike. Yet, she shakes her head at the alleged reality of the magic used in Potter. According to her, real spells and divinations take long periods of preparation and meditation and even then do not always work as intended. She tells of a time when a spell backfired on her, producing a dark spirit that haunted her home for several days, until she found another spell to banish it. These spells did not come from a fantasy book such as Harry Potter, nor did she find them in an arcane set of texts. “I found them on the Internet,” she said.

Reverend Small thinks that Kathryn most likely did call up an evil spirit, though notes that her use of the Internet to discover how to cast a spell as another example of where parents should have been more actively involved in what the children under their care are viewing online. When pressed for further thoughts on the invisible world of spirits being accessed by witches through magical spells, Small became more cautious in assigning labels. While the official church doctrine still includes procedures for the exorcism of evil demons, he said it is used rarely, if at all, outside of underdeveloped nations. 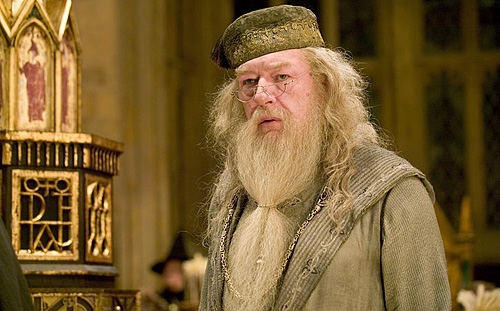 Both Christian clergy and Wiccan witches share the belief that spirits and magic are real phenomenon. The parent of a young Harry Potter fan must contend with a deluge of new reports of criticisms of the book for its witchcraft, even as witches endorse it for the positive examples of good magic. Priests like Reverend Small, however, would move the debate from the world of magic and into the realm of good parenting. His final opinion is that there is no more harm in Hogwarts School than there is in the land of Narnia or the kingdom of Gondor. Harry Potter presents an opportunity for parents and children to share in the story and open a dialogue on the larger story elements of good versus evil.

“The essence of Harry Potter, as I read it, is that love leaves a mark,” Small concluded, referring to the lighting bolt scar that the main character bears as a symbol of his mother’s love. “This is a story of ultimate love and the eternal struggle such power has against that of destruction.” Small calls former Cardinal Ratzinger’s highly publicized remarks “the opinion of just one guy.” However, Small acknowledges that “one guy” is now the spiritual leader of millions and his opinion will factor heavily in both the reaction to the newest movie, Harry Potter & the Goblet of Fire, and in future installments of the series.

Skeptics can only sit back and watch the tug-of-war for these “young souls” rage on between the forces of Christianity and what Reverend Small calls “the other side.” Meanwhile, our task is to remain solidly on “this side” of the divide when it comes to reality, even while we willing suspend disbelief while we enjoy the fantasy of Hogwarts, Narnia, and Gondor, no less than that of Star Wars and Star Trek. 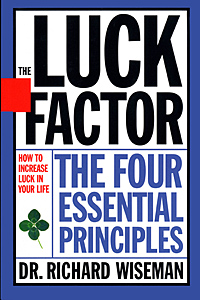 What is luck? Is it just fate or can you change it? Dr. Richard Wiseman puts luck under the scientific microscope for the very first time, examining the different ways that lucky people behave compared to unlucky people.

The Gift of Critical Thinking

Looking for holiday gifts that stimulate our minds, educate our understanding of the world, and dazzle us with amazing science? The Skeptics Society distributes a wealth of interesting treasures, including:

Also, for the 2005 holiday season, we’ve introduced the option of choosing priority mail for shipping within the US only, for an extra $5.70 above our regular shipping option. This option offers delivery in four business days.