What Happens at The Amazing Meeting?

The Amazing Meeting is a celebration of skepticism and critical thinking. Skeptics and thinkers from around the world come together once a year to be educated and entertained by distinguished scientists, outspoken journalists, and cutting-edge entertainers. Panel discussions will provide much food for thought. First, there’ll be a session on the theme of this year’s meeting, “Science in Politics and the Politics of Science.” Next, we’ll have an undoubtedly spirited discussion on the topic of “Can a Skeptic Believe in God?”

What is the James Randi Educational Foundation?

The James Randi Educational Foundation is a not-for-profit organization founded in 1996. Its aim is to promote critical thinking by reaching out to the public and media with reliable information about paranormal and supernatural ideas so widespread in our society today.

the Pre-Conference Workshop:
Information & Disinformation:
Looking at Data Without Getting Fooled

Our visual system is not a passive recorder of the light shining into our eyes. Our brains do a lot of post-processing — in effect, we create what we see. The better we understand our minds’ visual building code, the better we can evaluate and use visual information.

This workshop is a skeptic’s guide to charts, graphs and other visual displays. We will introduce basic features of the human visual system and some common pitfalls of perception, and how they relate to designing and interpreting charts, maps and other displays of information. We will consider how magic uses visual disinformation and misdirection to fool the mind’s eye. And we will apply those principles to how — and how not — to display information for effective explanation, decision making, statistical reasoning, and presentation.

READ more about
The Amazing Meeting 4

The following is a letter from James Randi in response to Calvin Campbell’s article entitled “Going to Meet the Man With the Camera Brain: The Curious Case of Ted Serios” which appeared in the eSkeptic from Monday, November 14th, 2005.

a response to
Calvin Campbell on
the Serios Phenomenon 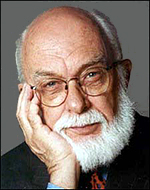 Mr. Campbell, in his piece on Serios, writes, “The skeptics had long since dismissed the phenomenon. Why?”

As a serious Serios investigator, I can answer that. The fact is that the Serios phenomena have never been properly observed — as Mr. Campbell’s account clearly shows — because Serios would not permit it to happen; he controlled the “experimenters” as they vainly tried to control him. On the NBC-TV “Today” show with host Hugh Downs, I confronted both Serios and Eisenbud effectively, and duplicated the Serios performance, live, for the TV audience. Eisenbud was unable to explain how I did it, only mumbling — correctly — that it involved “trickery.” Photographer and conjuring authority Charles Reynolds, in Popular Photography Magazine, October, 1967, exposed the trick, and in my book, “Flim-Flam” (1982) on pages 222–228, I give a full account of it and the gimmick that accomplishes it.

Is life on Earth the product of a supernatural Creator or Darwinian evolution? Can science prove the existence of God? Michael Shermer, founding Editor of Skeptic magazine, goes head to head with noted Intelligent Design theorist William Dembski, fellow of the Discovery Institute. The devout and the heretical alike will gain insight from this fascinating interview. LISTEN online >

In good company with E. O. Wilson and H. G. Wells, Skeptic Publisher Michael Shermer has been labeled a flip-flopper by Science and Theology News. Of course, flip-flopping goes both ways. READ more > 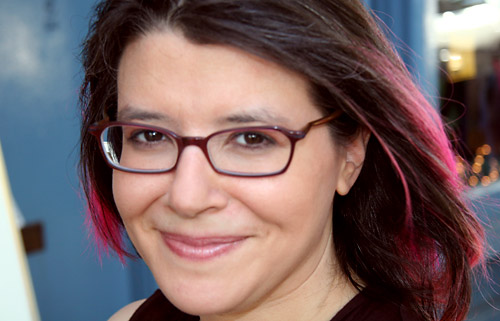 Doubt: A History
a new lecture by Jennifer Michael Hecht
at shop skeptic

History usually focuses on belief systems, but those who doubt were often engines of creativity and social advances. Dr. Jennifer Michael Hecht shows that doubt has a vibrant story and tradition with its own saints, martyrs, and sages. Hecht blends her wide-ranging historical expertise, passionate admiration of the great doubters, and poet’s sensibility to tell a stimulating story that is part intellectual history and part showcase of ordinary people asking themselves the difficult questions that confront us all.

Dr. Jennifer Michael Hecht returned to the Skeptics Distinguished Lecture Series at Caltech last summer, with a lecture around her new book Doubt. This lecture is now available to order in various formats, including DVD and CD.