(subscribers will receive this issue around the end of March)

featuring: A.I. Gone Awry: The Futile Quest for Artificial Intelligence; Special Section: Intelligent Design; The Dover Decision; The Omnitron is Still With Us; The Origin of Alien Faces; … and more!

READ table of contents and one full article online >

RSS (Really Simple Syndication) is a method of delivering (a.k.a. ‘feeding’) the latest news, updates and information from skeptic.com in quick and easy-to-read format.

What do I need to get the feed?

To read any RSS feed, you need a feed reader installed on your computer. You can download a feed reader application like Nick Bradbury’s FeedDemon (Windows) or Ranchero Software’s NetNewsWire (Mac). Then, copy and paste the URL of the news feed into the application’s “subscribe” dialogue.

GET the Skeptic RSS feed >

Science on a Sweatshirt

The distinction between science and pseudoscience is a theme that runs throughout the book. According to Ben-Ari, one distinguishing feature of science is its universality. Although science arose in Renaissance Europe, it is in no way dependent on European culture. In support of this claim, Ben-Ari cites the rapid development of science and technology in Japan at the end of the 19th century, even though Japanese culture, especially at that time, was quite different from European culture. This universality also gives science its strength: “Science is international, so if one country is in the grip of a flawed theory, scientists in another country can carry forward work on competing theories” (p. 111). Ben-Ari discusses Lysenkoism and the demise of biology in the U.S.S.R. during the 20th century. There is also an important lesson for the United States. The fundamentalism movement may succeed in stymieing research here in the U.S. in areas it disapproves of, such as stem cells. However, scientists in other countries will continue pursuing research in those areas, and the end result will simply be that America will lag behind the rest of the world.

Ben-Ari devotes much of his book to dealing with various misrepresentations of science. One example is the “They laughed at Galileo” argument, often used to defend pseudoscientific thinking. Ben-Ari points out that no one ever laughed at Galileo. On the contrary, it was because his argument was so convincing that the Church viewed it as a serious threat to its religious and political interests, and that is why it felt compelled to silence him. Such is the case with the theory of evolution today. Because the argument for evolution is so convincing, it is perceived as a threat by the Religious Right, who will use any political ploy to suppress the teaching of this theory.

Scientists, on the other hand, do not feel the need to suppress novel ideas, although they may dismiss them if the arguments supporting them are not convincing. An example of this would be Alfred Wegener, whose continental drift theory was dismissed by his contemporaries because no known mechanism could account for the drift. However, when the theory of plate tectonics provided the necessary mechanism, Wegener’s arguments quickly convinced most geologists. As Ben-Ari comments: “Great scientific discoveries are not necessarily immediately accepted, but the transition period from disbelief to acceptance is relatively short … until the preponderance of evidence convinces scientists to accept the theory” (p. 92). Ben-Ari goes on to comment that if there were any plausible mechanism to explain astrology, for example, “scientists would compete for the honor of discovering the details” (p. 93). After more than two thousand years, however, no such mechanism has ever been found.

Another misrepresentation of science is what Ben-Ari calls natural theology, an umbrella term he uses to refer to creationism and its various mutations, including intelligent design theory (ID). Ben-Ari does not refute creationist or ID arguments on a point-by-point basis, but he does point out two logical flaws inherent in all versions of natural theology. The first flaw is that it is based on the “god of the gaps” argument. Whenever there is a gap in scientific knowledge, especially in the areas of geology and biology, natural theologians invoke the “god hypothesis”; if scientists fill that gap, they go in search of a new gap. Hence, the “god hypothesis” is non-falsifiable. The second flaw in natural theology involves the either-or fallacy, which is the assumption that there are only two possibilities for a given situation. Creationists argue that there are only two explanations for human origins, evolution or divine creation. They then go on to claim that there are problems with evolutionary theory and that therefore divine creation is the only plausible explanation for human origins. Ben-Ari attributes the use of this fallacious argument to a “lack of imagination in postulating possibilities,” but it could also reflect a sheer ignorance of the subject matter. Because every culture has a different creation myth (of which Genesis is just one), there is a multitude of possible alternatives to the theory of evolution.

Ben-Ari is no more sympathetic to Stephen Jay Gould’s idea of non-overlapping magisterial, or NOMA. On this view, “Science and religion are deemed to have authority in different areas of human life — science describes the natural world, while religion prescribes how humans should live their lives in terms of ethics and morals” (p. 134). NOMA is a philosophy that enables scientists with religious beliefs to reconcile their faith with their scientific vocation. However, Ben-Ari points out two difficulties with this philosophy. First, the philosophy of NOMA is too subtle for the ordinary person, who wants simple answers to simple questions. Second, NOMA can be regarded “as an attempt to evade dealing with religion in scientific terms” (p. 135) by setting religion off-limits to scientific inquiry.

At the other end of the spectrum, Ben-Ari deals with misrepresentations of science committed by postmodernists. For example, some postmodernists have interpreted Gödel’s incompleteness theorems as indicating that mathematics and science are somehow incomplete, and that therefore there are alternate, equally valid ways of gaining knowledge about the universe. Here, postmodernists use the term “incomplete” in a way totally inconsistent with the way Gödel used the term. Considering the postmodernist argument that mathematics is nothing more than a game invented by mathematicians, Ben-Ari compares math with chess in the following thought experiment. Supposing we came into contact with an advanced extraterrestrial civilization — would you expect these extraterrestrials to know the Pythagorean Theorem? Of course we would, even though it would have a different name and notation. On the other hand, would we expect any of these extraterrestrials to know how to play chess? No.

To Ben-Ari, postmodernism not only misrepresents science, it also represents a danger to society. Granted that science has historically been the domain of white Christian men, Ben-Ari argues that the universality of science nevertheless makes it accessible to people of all backgrounds. “Postmodernism, which champions the right of marginalized groups like women and nonwhites to different ‘ways of thinking,’ is paradoxically guiding [scholars from underprivileged backgrounds] into pointless activities that will marginalize them even further, instead of encouraging them to strive for achievement in activities where their origin is truly irrelevant” (p. 125). Science, then, is the great social equalizer because it is independent of culture.

Ben-Ari’s clear and engaging writing style makes this book very accessible, even to those who are not scientifically literate. Just a Theory provides a lucid explanation of the scientific process in layperson’s terms, and it clarifies the difference between scientific and pseudoscientific thinking. This book could also serve as an excellent supplementary reading in almost any introductory science or research methods course at the college level. At the same time, the book is sufficiently thought provoking for the practicing scientist as well, especially one who has been called on to explain exactly what it is that scientists do. 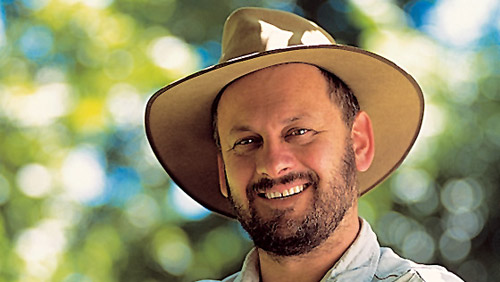 Sometime this century the day will arrive when the human influence on the climate will overwhelm all other natural factors. Over the past decade, the world has seen the most powerful El Niño ever recorded, the most devastating hurricane in 200 years, the hottest European summer on record, and one of the worst storm seasons ever experienced in Florida. With one out of every five living things on this planet committed to extinction by the levels of greenhouse gases that will accumulate in the next few decades, we are reaching a global climatic tipping point. Dr. Flannery outlines the history of climate change, how it will unfold over the next century, and what we can do to prevent a cataclysmic future, including what every one of us can do right now to reduce deadly CO2 emissions by as much as 70%.

Dr. Flannery is one of Australia’s leading thinkers and writers, and is an internationally acclaimed environmental scientist, explorer, and conservationist. He is the author of over 90 scientific papers, the books The Future Eaters and The Eternal Frontier, and is a regular contributor to The New York Review of Books and the Times Literary Supplement.