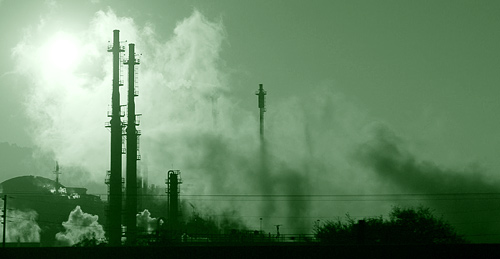 Announcing a NEW speaker
added to the Environmental Wars conference

Can Markets Save the Planet?
Market-based Solutions to Environmental Problems
by Gregory Arnold

With the possibility of climate change and the reality of other environmental externalities apparent, a number of economic approaches to solving such problems have emerged. One approach, the application of government-designed, capital markets approaches like cap and trade systems, have gained favor. These markets, which allow for the trading of pollution permits and offsets, have shown great promise in efficiently lowering pollution. At present, such systems are in place covering greenhouse gases worldwide (except in the US) and pollutants causing acid rain and smog in the U.S. and elsewhere. Greenhouse gas trading as a solution to climate change is a timely issue in Congress and many statehouses, including California’s. Many experts predict that the US will have a national trading system within the foreseeable future following the EU Emission Trading Scheme. If we accept climate change as a real possibility, we still must ask ourselves “Can Markets Save the Planet?”

Gregory Arnold is Managing Partner of CE2 Capital Partners LLC, an investment firm specializing in investment and trading in environmental markets including those for emission credits, renewable energy credits, and greenhouse gas credits. Greg spent the early part of his career as an investment banker with Goldman, Sachs & Co. and Kidder, Peabody & Co. At Goldman, Sachs & Co., he focused on corporate finance and mergers and acquisitions advisories for electric, natural gas and water utilities. Over the course of his career he has also had a number of dealmaking and senior roles in large corporations and growth companies. Greg earned an MBA from the Harvard Business School and a BA from the University of California at San Diego. He is on the Board of the UC San Diego Dean’s Council in Physical Sciences and a member of the Pacific Council on International Policy.

Check out the updated conference schedule and join us on the weekend of June 2–4 as we continue to disentangle politics and opinion from the science about our planet’s health. Please note that Sunday’s optional geology tour is now sold out! Register soon, and participate in the dialogue: 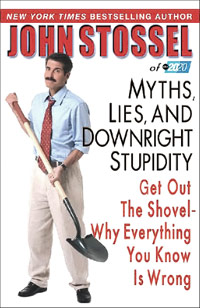 We highly recommend checking out John Stossel’s new book Myths, Lies & Downright Stupidity (Hyperion Books, 2006, ISBN 1401302548). This is a book every hardcore skeptic should own.

John Stossel has reported for ABC News and their award-winning series 20/20 since 1981, and he is now the co-host of 20/20. Stossel has received 19 Emmys, the George Polk Award for Outstanding Local Reporting, and the George Foster Peabody Award. He has been honored five times for excellence in consumer reporting by the National Press Club. A graduate of Princeton University, Stossel’s book, Give Me a Break, was a national bestseller. 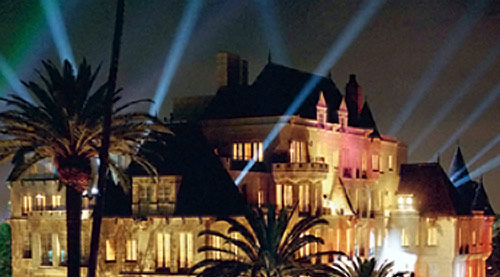 The neo-Gothic Celebrity Centre International — the most lavish of the Scientology churches; — is housed in a former chateau on Franklin Avenue, at the foot of the Hollywood Hills.

So much has been written over the years about Scientology, both excessively critical by ex-members and excessively glowing by current members. In the 1980s and early 1990s, the Church of Scientology attempted to keep a check on the critics and what they were revealing about the “proprietary” doctrines of the church (an odd thing for a religion to call its theology), but since the Internet has made knowledge free and accessible to just about everyone on the planet, the secrets of Scientology are not so secret any longer. Still, Rolling Stone published one of the most thoughtful, reasoned, and highly-readable pieces on the Church that I’ve ever come across, so we strongly recommend it as a compelling piece of investigative journalism. —Michael Shermer 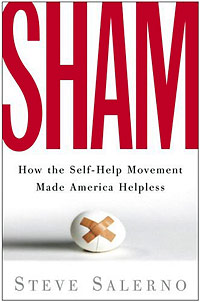 I have long wanted to investigate the self-help movement from a skeptical/scientific perspective. One of the problems I have had is finding any data on the subject, in terms of “do they work?” I have nothing personally against self-help programs, and if individuals who use them say that they feel much better, or are happier, or wealthier, or whatever, well then that’s just fine by me. But the larger and more important question, I think, is this: do these programs work better than doing nothing, or trying anything new and different, or just talking to a friend, or whatever? That is, from a scientific perspective, it is not enough for us to know that some self-help programs have helped some people. Of course. The law of large number guarantees that if you have enough people trying enough things, some are bound to appear to work since some people’s lives naturally improve (for example, some people hit rock bottom, and therefore no matter what they do will work because the only place to go is up). So I am linking here my most recent column in Scientific American on the “Sham Scam,” based on a very interesting and well written book by the investigative journalist Steve Salerno, SHAM: The Self-Help and Actualization Movement (Crown books, 2005, ISBN 1400054095). —Michael Shermer