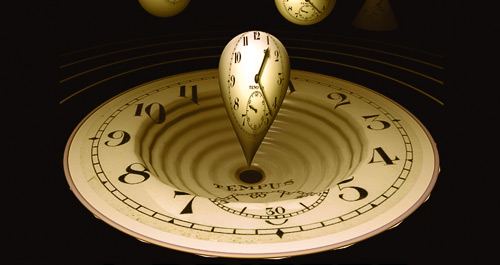 A Briefer History of Time by Stephen Hawking (detail of cover)

On June 15th, 2006, usatoday.com published an Associated Press article about Stephen Hawking, the beginnings of the universe, and a comment from Pope John Paul II. 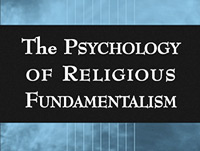 In the Beginning was the Word

In a small church in rural Appalachia, the congregation has gathered to pay its last respects to one of its members. During the funeral service, the brother of the deceased rises and walks to the front of the church. He opens a box on the altar, takes out a snake and lets it slither up his arm. This snake is the very same one that had given his sister a fatal bite just a few days before. As bizarre as the practice of serpent handling may seem to outsiders, the handlers themselves maintain that they are simply obeying God’s will, as they interpret it in Mark 16:18, which says: “They shall take up serpents.” It is this interpretation of specific texts as the inerrant word of God that distinguishes fundamentalist from non-fundamentalist sects, according to Ralph W. Hood, Jr., Peter C. Hill and W. Paul Williamson in their book, The Psychology of Religious Fundamentalism.

Virtually all religions have some sort of sacred text that describes the beliefs and practices of their followers. However, belief in a sacred text does not necessarily preclude the use of other texts as sources of truth. This was the position, for example, of Pope John Paul II in declaring that there was no contradiction between science and religion. However, the fundamentalist elevates the sacred text to the level of supreme authority on all issues and insists therefore that “all truth claims must be subjected to the sacred text as the single final arbiter” (p. 32). Fundamentalists construct a reality on the basis of their interpretation of the sacred text, and all experiences in their lives are perceived within the framework of this constructed reality.

Thus, there is no experience that can challenge the worldview of the fundamentalist. One of the authors, Williamson, is a former minister in the Church of God (of Prophecy), from which the serpent handling sects split; he conducted extensive interviews with 16 serpent handlers and commented on personal experiences with scores of others. One common thread through these interviews was the interpretation of snake bites during handling. Every instance of a bite was interpreted in one of three ways. First, it could be a sign to unbelievers that the serpent was indeed poisonous, proving that there were no tricks involved. Second, it could be divine retribution for disobedience and sin, as well as a reminder to keep your life in order because you never know when it will be your time to go. And finally, if neither of these interpretations seemed appropriate, the third interpretation was used, namely that the snake bite was simply the unknown will of God. This worldview leaves no room for the interpretation that maybe serpent handling is not a good idea.

In fact, serpent handlers are fully cognizant of the dangers of their practice, and they do not claim to have any special powers to ward off or survive snake bites. All the participants Williamson interviewed had witnessed a fatal snake bite, and eleven of them had been bitten themselves, some disfigured as a result. The interviewees were quick to point out that Mark 16:18 commanded them to handle serpents as a sign of true belief, but that it did not promise them no harm would come to them.

According to the authors, the major attraction of fundamentalist religion is the “unifying philosophy of life” (p. 15) that the sacred text provides. The meaning system provided by the fundamentalist doctrine is complex enough to be applicable to any situation and yet easy enough to be understood by the common person. As the authors point out, fundamentalists have one advantage over others: “They can lay claim to absolute values with clear-cut answers to what others may find problematic” (p. 41). On the other hand, those who maintain a secular worldview need to keep in mind that science does not provide answers to many of life’s important questions.

Fundamentalism is generally viewed as a reaction to modernism. However, as the authors point out, it is a reaction against modern lifestyles and moral codes, not necessarily against science and education. To illustrate this point, the authors indicate that several of their serpent-handling interviewees are college educated and communicated with them by email. Certainly, fundamentalists are not averse to using the fruits of science — even the Flat Earth Society maintains a web site. But what all fundamentalist sects have in common is a rejection of the secular ideology that stems from, or is at least supported by, the advancement of science and education. Fundamentalists preserve their worldview by denying that science can ever achieve objective reality, for only the sacred text can provide the absolute truth. If there is a conflict between science and the sacred text, then science is wrong. But where there is no conflict, fundamentalists have no problem with science.

Another stereotype the authors deal with is the idea that fundamentalists are literalists. The authors argue that, in fact, the real issue is inerrancy of the sacred text and how that text is interpreted. Strict literalism of the sacred text would suggest a convergence of fundamentalist thought instead of the wide divergence of beliefs seen among all religions, including and especially the diversity found among fundamentalists. (Note that the authors studied serpent-handling sects — there is more than one.) As with mainstream religions, fundamentalist sects need to decide which parts of their sacred text to interpret as literal and which as allegory. However, whereas non-fundamentalists are guided in their interpretation by other sources, including science, fundamentalists assume that the text itself will indicate where it should be taken figuratively and where it should be taken literally. Because interpretation is a personal process, different sects will select different key passages from the same sacred text.

Although the authors view subordination to a “supreme authoritative text” (p. 16) as the defining feature of fundamentalism, they nevertheless challenge the received wisdom that fundamentalists can also be characterized in terms of an authoritarian personality type (p. 201):

It has been over five decades since Adorno … offered the seductive metaphor of the “bicycle personality.” However quaint the image of a person who bows from above but kicks from below, the simple fact is that an unbiased review of the empirical literature does not support this metaphor as a valid generalization about fundamentalists.

In other words, it is not just a particular personality type that is driven to fundamentalist belief. Rather, the stable, clear-cut worldview offered by fundamentalist faiths appeals to the general human need for security and understanding.

The Interacademy Panel (IAP), a global network of science academies, has published a joint statement of their position on the teaching of evolution. The statement, endorsed by over 60 IAP member organizations worldwide, urges “parents and teachers to provide children with the facts about the origins and evolution of life on Earth.”

READ the IAP statement (in PDF) >