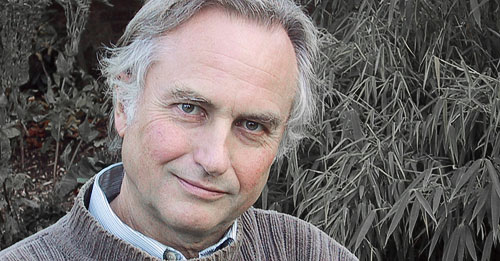 Dr. Richard Dawkins is Professor of the Public Understanding of Science at Oxford University, and author of The Selfish Gene, The Blind Watchmaker, Climbing Mount Improbable, Unweaving the Rainbow, The Ancestor’s Tale, and The God Delusion.

The God Delusion, by the Oxford University evolutionary biologist Richard Dawkins, is based on his controversial BBC documentary, The Root of All Evil? Dawkins presents his view of religion as a cultural virus that, like a computer virus, once downloaded into the software of society corrupts almost all programs it encounters. It isn’t hard to find examples to fit this view; one has only to read the dailies coming out of the Middle East to see its nefarious effects. And Dawkins is so compelling in his narrative — both on-camera in his cultured British accent, and in print through a literary style unmatched by any living science writer — that when you reach the end you are convinced that the answer to the rhetorical question posed in the documentary’s title is a resounding YES! Of course, religion is so pervasive around the world and throughout history that it is a two-edged sword that cuts both ways — a force for unspeakable evil as well as unmitigated good. It is Dawkins’ belief that the former outweighs the latter and that it is time for humanity to grow beyond it.

Dawkins’ new book will be available for sale at the lecture and he will be signing copies. This lecture will sell out so be sure to order your tickets at once through the Caltech ticket office:

Skeptic Vol. 3 No. 4 Cosmology & God >
(includes an interview with Dawkins)

Skeptic Vol. 7 No. 2 Cloning >
(features a Dawkins’ article on evolution)

A fantastic website for the Richard Dawkins Foundation for Reason and Science is live. Additionally, his much anticipated book The God Delusion is now available.

On October 12th, at the CATO Institute, Michael Shermer, author of Why Darwin Matters, presented his case against intelligent design in a debate with Jonathan Wells, Senior Fellow, Center for Science and Culture, Discovery Institute.

LISTEN to the podcast > 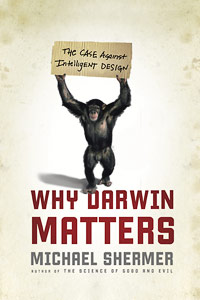 If you were unable to attend one of Dr. Michael Shermer’s live performances of his new book, Why Darwin Matters, you can now watch it on streaming video from his Seattle appearance for the Elliott Bay Bookstore. Check it out and to learn why Darwin matters.

Don’t Believe Everything You Think

This enlightening book discusses how to recognize faulty thinking and develop the necessary skills to become a more effective problem solver. Author Thomas Kida identifies “the six-pack of problems” that leads many of us unconsciously to accept false ideas.
ORDER the book >

Flavor of the Month

Sociologist Joel Best dissects the dangerous hula hoops of business, medicine, science & education in this exposition on institutional fads. According to Best, American attitudes toward progress serve as kindling for the next big cure, technological revolution, business management secret or teaching method.
ORDER the book >