Today marks the 80th anniversary of the Halloween 1926 death of Harry Houdini. To commemorate the legacy of the man many regard as the greatest skeptic of all time, we’re proud to present two Houdini-related treats: an all-Houdini Halloween Special bonus episode of Skepticality, our official podcast (featuring an interview with escape artist James “The Amazing” Randi), and, a brief selection from poet Steven Price’s critically acclaimed new book-length poetic biography of Houdini, Anatomy of Keys. 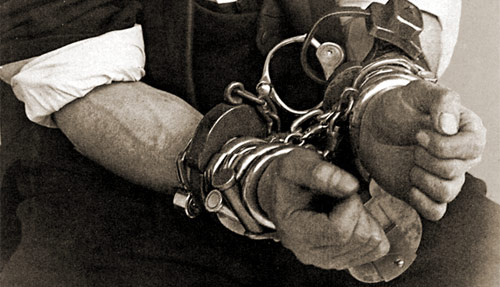 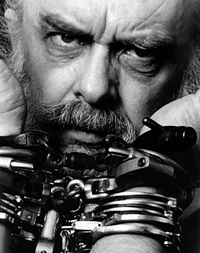 On this special Halloween-themed episode of Skepticality, Derek and Spooky… er, Swoopy delve into the mysteries surrounding the life and death of the great Harry Houdini. We have an interview with the curators of the Houdini Museum, distinguished magicians Dick Brooks and Dorothy Dietrich (the first female magician ever to perform the sometimes-deadly Bullet Catch illusion), regarding their annual Houdini Halloween Séance.

Then, James “The Amazing” Randi — the foremost inheritor of the legacy of Houdini — joins us to share some Houdini history, featuring daring escapes and the challenge of sorting fact from fantasy in the Houdini mythos. 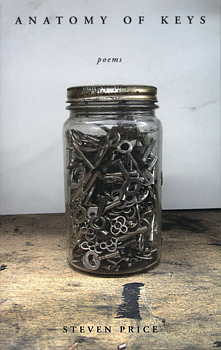 The enjoyment of the ambiguities of poetry is a deeply personal undertaking, while the work of the Skeptics Society focusses clearly on consensus-seeking regarding the demonstrable. But, surely, many strange creatures may stir on Halloween — even poets!

As a special one-time toast in honor of Houdini, we’re very pleased to share a brief selection from Steven Price’s new book-length poetic biography of Houdini, Anatomy of Keys.

Steven Price is the son of a locksmith, and teaches poetry and creative writing at the University of Victoria in British Columbia, Canada. His new book has been hailed by poetry critics and Houdini fans alike. (The Globe and Mail, Canada’s leading national newspaper, calls Anatomy of Keys “gripping” and “breathtaking,” saying this “Houdini epic is pure magic.” The Globe and Mail’s reviewer, author and former Canadian Broadcasting Corporation president Patrick Watson, went so far as to say, “Reading the Anatomy of Keys, I thought it must have felt like this when T.S. Eliot came on the scene.”) READ the Globe and Mail review >

This selection speaks directly to Houdini’s struggle against fraudulent “spirit mediumship” — a confidence game that is, tragically, once again flourishing in an ongoing big-money revival of “speaking to the dead.”

excerpts from the book by Steven Price

Shrouded lamps. Dour carpeting in parlours.
The blind spectre wavering incandescent
in a glass. Margery’s gorgeous, Greek struggle
in her ropes. A Flemish medium fumbling
his slates in a dingy farmhouse outside Paris,
his mellifluous cursing at such clumsiness.
And old Alfred, dying in his shabby cot,
Begging his legs be lashed together to keep
from falling apart. So much rope in all of them,
so much stubborn light to fool the heart.
You will forgive her, Bess said. There is time.
Locking hotel shutters as if locking in the light.
The dead do not return, not as you desire them:
in keys perhaps, in keys pretending to be keys.
You longed for that life before her shrouding
when spirits still amused. Not yet haunted
by the real. When loss still seemed of use.

The easy giving in of human reason
to the stubborn disregard we call the heart.
The way grief makes us easy in our greed.
Like mad Winchester’s castle, its thousand locks.
And that stevedore strangling his infant son
at the urging of his dead wife’s spirit.
His small bed squeaking later as he cried
to her. Or the blind chemist in her kitchen
late at night frying lentils laced in arsenic
to hasten to her beloved ghosts. In this manner
evil is made available to the heart.
Such madness is not faith. True faith comforts
no one, it confounds, is stubborn, it terrifies
in its immensity. No heart is huge enough.