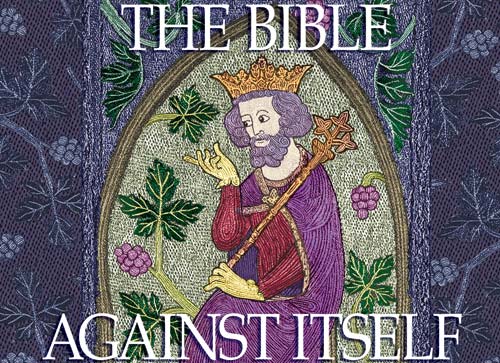 The Bibe Against Itself (detail of cover)

NEWLY published by the Skeptics Society…

The Bible Against Itself is a witty and well-informed work of revisionist Bible scholarship, a courageous exercise in the deconstruction of Holy Writ and a healthy corrective to anyone who still thinks of the Bible as the revealed word of God.

— Jonathan Kirsch, author of The Harlot by the Side of the Road
and A History of the End of the World

Before the Bible was the Bible it was a lot of little books written by many writers with many different viewpoints.

If you open up the Bible and read it straight through, you will notice two things that should not be true if it had been written as a coherent whole and with a single purpose. First, the Bible is quite repetitious; second, the Bible frequently seems to contradict itself. Readers have often ignored these contradictions, and apologists have long tried to reconcile them. Randel Helms chooses a third course — to understand the contradictions by looking at the cultural and historical factors that produced them. All books are written for or against some point of view, and the books of the Bible are no different. Bible book authors were often motivated to write because they wanted to challenge or correct those who had written before them. As Helms explains, “The Bible is a war-zone, and its authors are the combatants. Paul said of Peter, ‘I opposed him to his face, because he was clearly in the wrong (Gal. 2:11).’” Helms notes that Jeremiah condemned the entire religious establishment of his time — the very same people that other Bible authors held in highest esteem: “prophets and priests are frauds, every one of them” (Jer. 8:10). Luke felt the need to write another gospel even though “many writers have undertaken to draw up an account of the events” (Luke 1:1). Luke obviously felt that Mark’s gospel was filled with errors and edited it freely. Not even Mark’s account of the words of the dying Christ was left unaltered. 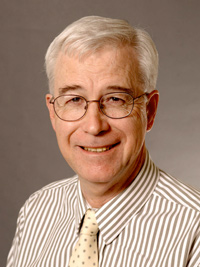 Dr. Randel Helms, author of
The Bible Against Itself

The Bible Against Itself reveals:

As Helms concludes, “Before the sacred authors were declared sacred, they were fair game for attack or revision. Not without reason did John the Revelator threaten with ‘plagues’ anyone who ‘adds to’ or ‘takes away from the words of ’ his book (Rev. 22:18–19), for such was all too often the fate of the ‘ little books’ that eventually became our Bible.”

Dr. Randel Helms is a Bible scholar and professor of English at Arizona State University in Tempe, AZ. He is the author of Gospel Fictions and Who Wrote the Gospels?

Praise for The Bible Against Itself

With depth and clarity Dr. Helms shows that, throughout the history of their formation, the Jewish and Christian scriptures developed as the by-products of ongoing theological debates. Far from expressing the unity of thought and doctrinal accord that would reflect divine inspiration, the scriptures represent a series of furious and unrelenting disputes between authors supporting often bitterly divided dogmas.

All too often the Bible polarizes people: extreme fundamentalists insist on the literal reading and inerrancy of the books; and militant atheists revel in the shortcomings and contradictions they find in the Bible. Randel Helms respectfully navigates a thoughtful passage through the books of the Bible to explain how and why it was written, and to reveal who the authors of the Bible were writing for or against. A must-read for believers and skeptics alike.

MythBusters at The Amazing Meeting 4

It’s finally here! From the vaults of Skepticality, recorded at The Amazing Meeting 4 by our roving correspondent David Federlein, we give you Adam Savage, Jamie Hyneman, and Kari Byron — better known to television audiences as The MythBusters. Additionally, Derek & Swoopy take a closer look at The MythBusters phenomenon: is it real skepticism or just a lot of cool explosions?

Dr. Barry Glassner, author of The Gospel of Food

The Gospel of Food

In his latest debunking project (after The Culture of Fear), sociologist Glassner argues that frequent sensational headlines and scientific controversies about obesity, fast food, and food safety have left many Americans bewildered about what to eat. Glassner’s well-researched and wide-ranging commentary on American eating habits and food-related beliefs offers a welcome antidote to such confusion by examining the veracity of numerous food myths. Casting his clear-eyed, critical gaze on nutrition researchers and reformers, food writers, and corporate food marketers, Glassner succeeds in making a persuasive case that Americans take their concern over healthy eating to unnecessarily extreme levels.

Dr. Barry Glassner is the author of the new book, The Gospel of Food. He is also the author of the highly acclaimed and bestseller The Culture of Fear, named a “Best Book of the Year” by the Los Angeles Times. A Professor of Sociology at the University of Southern California (and a former journalist and editor for ABC radio news), Glassner has appeared on Oprah, Today, Hardball, Nightline, The O’Reilly Factor, and was featured in Michael Moore’s Academy Award winning film, “Bowling for Columbine.”