I have made a ceaseless effort not to ridicule, not to bewail,
not to scorn human actions, but to understand them.

You can make a difference.
Support the Skeptics Society’s donation drive
to promote science, skepticism, and education

The Skeptics Society is a member-supported 501(c)(3) non-profit scientific and educational organization of scholars, scientists, historians, professors and teachers, and anyone curious about controversial or revolutionary ideas, extraordinary claims, and the promotion of science. Our mission is to serve as an educational tool for those seeking clarification and viewpoints on those controversial ideas and claims.

In 2006 the Skeptics Society made strong inroads into the media as well as educational institutions through dozens of lectures at colleges, universities, and high schools around the country, through hundreds of media interviews on radio and television (most notably on Intelligent Design creationism, 9/11 conspiracy theories, and alternative medicine claims), and through dozens of opinion editorials, reviews, essays, commentaries, and articles published outside of Skeptic magazine, furthering our reach into communities not traditionally steeped in science and skepticism.

Of course, we maintained our usual activities of sponsoring a dozen monthly science lectures at Caltech, hosting our annual conference at Caltech (on The Environmental Wars), publishing Skeptic magazine, eSkeptic newsletter, and Junior Skeptic magazine, maintaining our website, and fulfilling tens of thousands of orders through our catalogue of science- and skepticism-related books and DVDs. We are able to do this, and much more, thanks to your support. And so, on behalf of the Skeptics Society, our staff, volunteers, and members, we thank you for your support in our 2007 donation drive.

Your donations support our media appearances and provide millions of TV viewers and radio listeners with a skeptical, scientific viewpoint.

Without your support, we couldn’t send Dr. Shermer around the country to discuss and debate paranormal and science controversies. Without Dr. Shermer’s voice on television and radio, in lecture halls and magazines, your rational point of view would be sorely lacking in public discourse. When you see us presenting the skeptical side of the argument, you are seeing your donation dollars at work.

Many members choose to support the Skeptics Society with financial contributions above and beyond their membership fee — please consider making a tax-deductible donation to help us further our goals and accomplishments in 2007.

Those of you whose contribution fits a donation category below are eligible to receive the following:

Patron — $5,000 or more
Dinner with Michael Shermer and a world-renowned scientist (to be announced), and a private insider’s tour of the Mt. Wilson 100-inch telescope used by Edwin Hubble to discover the expanding universe, and use of the 60-inch telescope for the evening for a private star-gazing party. In addition, you will also receive the three gifts listed below.
Benefactor — $1,000 or more
Two complimentary tickets to the 2007 Skeptics Society Conference at Caltech on War & Terrorism (NOTE: NEW DATE to be announced) plus you will also receive the two gifts listed below.
Sponsor — $500 or more
A three-year subscription to Skeptic magazine for yourself or a friend, plus choose a gift listed below.
Supporter — $100 or more
One free book of your choice:

DONATE to The Skeptics Society

In this week’s eSkeptic, we reprint an article that appeared in Science magazine on December 15th, in which Michael Shermer reviews Sharon Weinberger’s book Imaginary Weapons: A Journey Through the Pentagon’s Scientific Underworld (Nation, 2006, ISBN 1560258497). 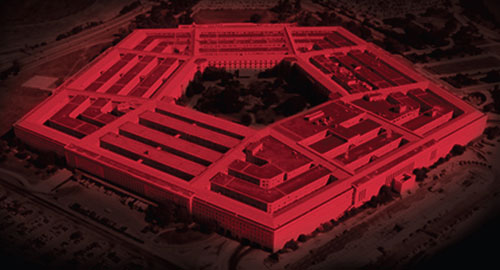 Dr. DARPA — or How the Pentagon Learned to Stop Worrying and Love…

In Stanley Kubrick’s 1964 film Dr. Strangelove or: How I Learned to Stop Worrying and Love the Bomb, the character Brigadier General Jack D. Ripper reflected on the opinion on war expressed by the World War I French Premier Georges Clemenceau: “He said war was too important to be left to the generals. When he said that, 50 years ago, he might have been right. But today, war is too important to be left to politicians. They have neither the time, the training, nor the inclination for strategic thought. I can no longer sit back and allow communist infiltration, communist indoctrination, communist subversion and the international communist conspiracy to sap and impurify all of our precious bodily fluids.”

Read Al Qaeda for communist and homeland security for precious bodily fluids to see how life imitates art, although today we have allowed scientists into the war room (where no fighting is allowed). This is equally problematic, for scientists are subject to the same cognitive biases as these other cohorts. In fact, even smart people like scientists believe weird things, because they are highly skilled at rationalizing beliefs that they arrived at for nonsmart reasons1. And after two decades of investigating weird beliefs on the borderlands of scientific credulity, I know pseudoscience when I see it.

“Pseudoscience” is also the verdict rendered by the former chief scientist at the U.S. Arms Control and Disarmament Agency, Peter Zimmerman, to Sharon Weinberger, an investigative journalist and the editor of Defense Technology International, when she inquired in 2003 about the Pentagon’s top-secret superweapon, the hafnium bomb. “One knows bad science and after a while learns to recognize it as such,” Zimmerman explained. Weinberger’s query led her into the Pentagon’s “scientific underworld” that “starts the moment a military official tosses aside science and proceeds with some idea too far out to believe.” The further down the rabbit hole she went, the weirder things got. Rockets based on antimatter physics, psychic spies who employ extrasensory perception–like “remote viewing” to find missing soldiers and hidden weapons, and Star Trek–like research on “teleportation physics” and “warp drive metrics” are just a few of the goofier projects Weinberger encountered in her search. “I would learn that Pentagon officials enter the underworld of science, never again to leave. That’s when things can go terribly, terribly wrong.”

Imaginary Weapons is Weinberger’s gripping account of her investigation into a terribly wrong idea: a two-kiloton “nuclear hand grenade” based on highly questionable physics involving an unstable atomic nucleus, an isomer called hafnium-178. This isomer bomb was sold to the Pentagon as a vital weapon in the war on terror, a weapon that could melt human flesh through a powerful burst of gamma rays, penetrate underground concrete bunkers, and cause an entire city block to disappear in one fatal blast.

To determine the feasibility of the hafnium bomb, Zimmerman was charged with directing a secret group of elite scientists called the Jasons. Their verdict was unequivocal, as Weinberger explains: “Hafnium couldn’t be made into a bomb for a host of scientific and technical reasons: it was too radioactive to be around; it was too expensive to produce; and there was no way to get the chain reaction needed for an explosion.” In fact, it couldn’t even pass the “snicker test,” Zimmerman noted. “It was, in the truest sense of the word,” Weinberger concludes, “an imaginary weapon.”

Then how did the Pentagon come to believe in it? Here’s how:

With this milieu of credulity in place, Weinberger shows, “all it took was a used dental x-ray machine, a few die-hard supporters, some farfetched claims of a new arms race, and the Pentagon thought it was on its way to the next superbomb.” Given the power of the hindsight bias (whose vision is always 20/20), is it fair to task the Pentagon for not heeding the warning signs? Yes, concludes Weinberger. The signs were too numerous and too substantial: the failure to replicate key experiments; the increasingly elaborate reasons offered by hafnium-bomb supporters to explain away experimental failures; ignoring the negative assessment of the project by the Jason scientists and instead listening only to supporters; the fact that no one in the nuclear physics community outside of the bomb group believed that hafnium could be triggered with x-rays; and, therefore, the concoction by hafnium proponents of an elaborate conspiracy theory alleging actions against them by the “scientific elite.”

The story of how DARPA convinced the Pentagon to quit worrying and love the hafnium bomb presents an important lesson in healthy skepticism. Weinberger’s account in Imaginary Weapons offers a warning about excessive credulity that should be heeded by scientists and policy-makers alike—for nature will not bend to political predilections.