How accurate were the Biblical prophets? Are modern events fulfillment of things described in the Book of Revelation? Tim Callahan investigates the claims of fundamentalist ministers that the fate of Egypt, the Philistines, the cities of Tyre, Nineveh and Babylon, among others, were foretold in accurate detail by such prophets as Isaiah, Jeremiah and Ezekiel; and that the future history of the world was foretold in such apocalyptic literature as the Book of Daniel, the Olivet Discourse from the Gospels and the Book of Revelation. READ more and order the book…

NOTE: This book is out of print and we have only 30 copies available. 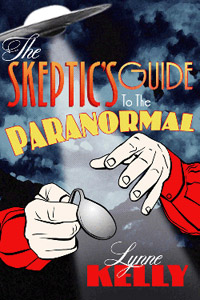 Why does Australia give the world so many great skeptics? This week on Skepticality, Derek seeks the answer in conversation with writer, educator and noted Australian skeptic Lynne Kelly (author of The Skeptic’s Guide to the Paranormal). It’s been over a year since Lynne last spoke to Skepticality, and Derek is very pleased to catch up on topics ranging from current science, to Australia’s drought, to critical thinking in the classroom — and her latest book, Crocodile: Evolution’s Greatest Survivor.

In this week’s feature article we present an article by Robert Ehrlich’s that addresses one of the standard myths about science held by many people, and that is that gaps in scientific knowledge, or the inability to explain some particular feature of the natural world, means that there is something wrong with science and that the scientific method is inherently deeply flawed. Ehrlich notes that the exact opposite is the case — where gaps exist is where science flourishes. It is what drives the enterprise.

Robert Ehrlich has been a physics professor at George Mason University for the past 30 years, having received his Ph.D. from Columbia University in particle physics. He has been actively engaged in science writing for the broader public, and has published 20 books, most recently Eight Preposterous Propositions (2003) and Nine Crazy Ideas in Science: A Few Might Even Be True (2001). The theme of these two books is in helping citizens develop the ability to evaluate scientific claims for themselves. He also continues to be interested in his original area of research in particle physics, and within recent years has examined possible evidence for faster-than-light tachyons. More details on his research and a list of publications can be found on his website.

Science Will Never Explain Everything:
That is Why it is So Useful!

Most scientists are quite willing to acknowledge that science cannot explain everything. Certainly the human experience is full of many deep and unexplained mysteries. The nature of science, however, is to expand its boundaries continuously so as to include subjects heretofore unexplained, such as human emotions and consciousness.

Will we eventually formulate complete scientific explanations for emotions and consciousness? We do not yet know how they emerge from biochemistry, but there certainly is no evidence that they violate known laws of nature. It remains an open question whether it will be possible ever to explain emotions from the bottom-up, starting from basic physics or even from the higher level of biochemistry, in which case emotions could be said to be “emergent,” where complexity arises from simple laws.

What do we expect from an explanation, and what is accepted as one? Imagine that at some future time it were observed that whenever we professed the emotional experience of appreciating the beauty of a flower certain brain patterns were observed to occur, and further that when these brain patterns were artificially stimulated we experienced those same emotions. Would this possible observation contribute to an understanding of what it means to appreciate the beauty of a flower or to love someone?

Such hypothetical observations would not mean that our subjective experience was devoid of meaning or nothing but brain patterns, but it could serve to give a shared human meaning to the word “love” or “beauty” that currently are extremely nebulous. Science cannot substitute for subjective perceptions of reality (who can say if my colorblind perception of “red” has any similarity to yours?), but it can give it additional meaning, rather than only take something away from it.

While science may not be able to explain everything, it can explain a lot — including many things that once were explicitly considered to be beyond its scope, such as the composition of the stars. Moreover, if science were able to explain everything it would not be the enormously powerful tool that it actually is. It is the tentative nature of science and the ability of future evidence to prove current theories wrong that constitutes its great strength. 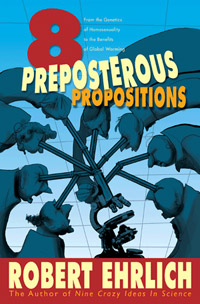 Imagine a system of belief that could explain everything. Much like the present practice of analysts able to trace every movement of the stock market to specific worldly events, the explanations can only be provided after the occurrence not before. They therefore have little value to anyone wishing to anticipate the outcome and effects of actions we may take. Science is powerful because it often provides explanations before observations are made. As Yogi Berra once remarked, “prediction is hard — especially about the future.” The nature of scientific theories is to make surprising predictions — the more surprising, the more confident we can be in the theory should the prediction be fulfilled.

On occasion religious figures also make predictions, most notably about the end of the world, but I am unfamiliar with any example where the failure of the world to end on schedule caused a reassessment of the religious leaders in their fundamental beliefs. Instead, the holy man and the faithful sometimes make some recalculations, and come up with a new date for the end of the world, or else give up trying with their faith unshaken — for that is the nature of faith which requires no evidence to justify it, yet somehow paradoxically it craves confirming evidence when it can get it. Hence today it is a matter of legitimate concern that with biblical fundamentalists in control of nuclear arsenals an acceptance of biblical prophecy concerning Armageddon and certain events in the Middle East might well lead to self-fulfilling prophecies.

One area to which the “science cannot explain everything” claim is often applied is the realm of the paranormal or psychic experience. These events are considered to be incompatible with physical law as it is currently accepted by mainstream science, and usually are said to involve some link between mind and matter, often of a nature that transcends the boundaries of space and time — even being able to operate in reverse time in the sense of influencing past events. Many individuals in surveys claim to have had psychic experiences, sometimes associated with an intense emotional event, such as the death of a distant loved one. For some of these events our memory or physiology may deceive us, and make an event seem much more mysterious and unexplainable in retrospect and retelling than it may have been initially, particularly if we are unfamiliar with statistics and physiology, or more prone to believe in psychic abilities.

Science can never demonstrate that individual events of this kind are necessarily consistent with physical law, but it can only study replicable events that can occur in response to certain stimuli in the lab. By this standard, mainstream scientists remain extremely skeptical of the existence of paranormal or psychic abilities. Their skepticism derives less from the fact that psychic powers transcend physical law as it currently exists than from the lack of compelling evidence for the alleged phenomena themselves. As Carl Sagan has said, “extraordinary claims require extraordinary evidence.” 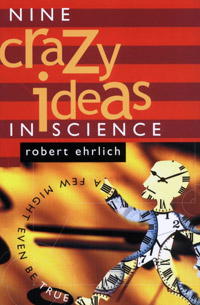 Most psi researchers give lip service to Sagan’s aphorism, but they fail to provide the extraordinary evidence. For example, in the physical sciences it is often considered to be standard to require a very high level of statistical significance (at least five standard deviations or “5 sigma”) before a result is considered statistically significant, but in common with most research in the social sciences and medicine, psi researchers usually regard two standard deviations as being significant. For comparison, a 5 sigma result would be a “false positive” only one time in 3 million, whereas a 2 sigma result would be a false positive one in 20 times. The greater statistical significance demanded in the physical sciences is partially in recognition of the tricks by which researchers can inflate the statistical significance of their results by making corrections to their data, sometimes without any intention to deceive.

Often psi researchers claim to have results that are extremely significant statistically, but this generally occurs only when pooling the results of many experiments (none of which are very significant individually) and doing a “meta-analysis.” In no situation have psi researchers ever presented the results of a single replicable experiment having high statistical significance that demonstrated the reality of any psychic ability.

Mainstream science also remains skeptical of paranormal phenomena because of the special pleading that often occurs in this area. Thus, according to some psychics or psychic researchers, paranormal abilities may wilt when in the presence of a skeptical inquirer who insists on foolproof controls. Scientists are themselves not above special pleading when it comes to testing their own favored hypotheses. However, the true scientist does not merely seek evidence for a hypothesis, but looks even harder for evidence against it. Moreover, they resort neither to tinkering with the theory (introducing a “fudge factor”) or making ad hoc adjustments to the data to get the two to match.

Of course, in the real world it may happen that today’s “fudge factor” later turns out to be the basis for a revolutionary theory. This is precisely what happened when Max Planck in 1900 introduced his constant h and achieved a spectacular fit to the blackbody spectrum, by taking energy to be quantized in discrete chunks whose size was proportional to the frequency of vibration of atoms: E = hf. This strictly ad hoc assumption on Planck’s part was done solely in order to fit the data, and it had no theoretical basis. Had the assumption not later led to quantum theory Planck’s fit would have been seen in retrospect as merely some interesting weird numerical coincidence signifying nothing, much like Bode’s Law of the spacing of planetary orbits is viewed today.

Ideally, scientists who find a discrepancy between theory and experiment must either admit that the experiment was done incorrectly or consider the theory to have been disproved. In the case of a well-established theory, scientists will do everything in their power to find flaws in the experiment before considering the theory to be invalid. In effect, they must put themselves in the role of an extreme skeptic, which is just the opposite of the special pleader who finds excuses why the experiment and theory fail to agree. To do otherwise is what Richard Feynman once called “cargo cult science” — work that mimics the external trappings of science but lacks its essential integrity. Real experimental science can be very difficult, and finding the source of an anomaly can be as frustrating as it is for someone not trained in the art of prestidigitation to figure out how the magician does his tricks. But it is science, not magic, that explains how the world really works.

In conclusion, it is the open-ended and provisional nature of scientific explanation — ever subject to new evidence and testing — that gives science its power and utility. Because of this open-ended nature, any dream of a final “theory of everything” that would allow scientists to give explanations of everything — and hence make predictions about the world that would not even need to be tested — is plainly nonsense; at least as a working scientist I hope so!