“Watch out for gorillas!”
“Don’t trade with strangers.”
“Buy this now!”

Our brains are constantly bombarded with messages about how to behave, what to buy, and whom to trust. How do we parse these messages, and how do our choices affect the world economy?

This week on Skepticality, Derek & Swoopy discuss how economic and evolutionary theory speak the same language, and how our hardwired human biology affects modern economics, with Skeptic Society founder Dr. Michael Shermer (author of The Mind of the Market: Compassionate Apes, Competitive Humans and Other Tales from Evolutionary Economics).

As a tie-in to this week’s Skepticality we present Michael Shermer’s recent LA Times opinion editorial entitled Why People Believe Weird Things About Money based on concepts from his new book The Mind of the Market. 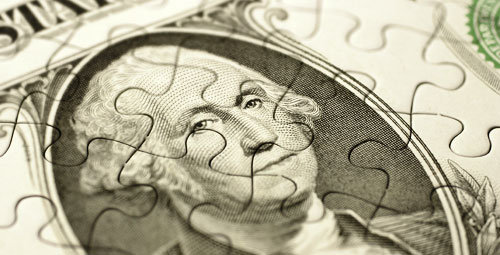 Surprisingly — stunningly, in fact — research shows that the majority of people select the first option; they would rather make twice as much as others even if that meant earning half as much as they could otherwise have. How irrational is that?

READ the full article at MichaelShermer.com

In this week’s eSkeptic feature, Norman Levitt responds to Steve Fuller’s response to Norman Levitt’s review of Science vs. Religion?: Intelligent Design and the Problem of Evolution (Polity Press, 2007, ISBN 0745641229).

Professor Fuller’s protest of my review obviously invites a rejoinder. I tag each of my responses with the last line or so of the passage containing Fuller’s specific objection, though the full passage should be consulted to see what the central point is:

“That the universe is intelligently designed need not imply that God micromanages it from moment to moment.”

There is a point here, but it badly misfires when conscripted to Fuller’s intended argument. One might assert that some supernatural entity intervenes in the processes that produce the array of life forms that we see (including ourselves) or in the shaping of the course of the universe in general, but that this “divine intelligence” operates in ways which our lamentably limited mentalilties cannot distinguish from mere randomness. Logically, this is possible. But it constitutes an extremely weak argument for the actual existence of a divinity — a last ditch attempt to rescue an hypothesis for which there is no real evidence. More to the point, however, is that this argument, or anything like it, is thoroughly repellent to Intelligent Design creationists. The chief ID dogma incorporates the insistence is that “design” is not only a biological reality, but that it can be indisputably discerned and identified, even to the point of absolutely invalidating a Darwinian alternative. This point, by the way, was insisted upon by no less an authority than Phillip Johnson in an e-mail exchange with me; he was clearly horrified by the idea of a Creator who did not ostentatiously sign his handiwork. 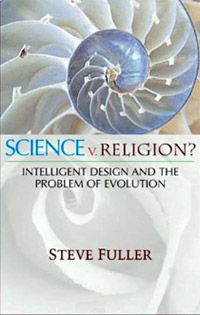 Fuller here attempts to draw a parallel between two vastly incomparable situations. Newton’s attempt to find some room in his cosmology for an activist, interventionist Deity was clearly a fudge, something which his own incomparable insight into the logical structure of “Newtonian mechanics” should have proscribed. Darwin, on the other hand, can hardly be said to have had a “botched” understanding of heredity simply because there was no body of knowledge on the subject, due to Darwin or anyone else, which he can be said to have misunderstood, willfully or otherwise. He made the best guesses he could, as did any contemporary concerned with the matter.

“I count these people as ID theorists just as much as Dembski and Behe.”

This is so confused one hardly knows where to begin refuting it. First of all, Newton was in no sense an adherent of the deus abscondatus, a notion that had begun to creep into the philosophical literature through Spinoza and other bold materialists. That was precisely the dragon he was trying to slay in his desperate attempt to find room in his system for an activist, interventionist deity directing the courses of planets and comets in occasional defiance of Newton’s own “laws.”

Furthermore, Newton’s anti-Trinitarianism was extremely well-disguised, and very far from being a matter of common knowledge in his day. It is only rather recent historical scholarship that has made it well-known. Thus it can hardly have been a significant influence on scientific thought or methodology in the century or so following his death. But, in fact, in the early 18th century the term “Newtonian” did have a well-known and precise theological meaning. Specifically, it was embraced by the most Establishmentarian of the Anglican Establishment as part of its rather complacent creed. Briefly, “Newtonianism” in this very unscientific context meant the view that, just as the Deity had established laws that governed the movement of celestial bodies so as to exhibit exquisite orderliness and intellectual perfection, He had also created a civil, political, and ecclesiastical earthly polity that was likewise perfect in its orderliness and rationality. Of course, this state was England itself, under its divinely-ordained class system, its constitutional equilibrium, its unyielding Protestantism in the face of Papist pretensions, and, most of all, its acceptance of high-Anglican orthodoxy (including its unquestioning Trinitarianism!) as the one true and proper theology. Needless to say, this conscription of the term “Newtonian” is extremely ironic, given Newton’s actual, though hidden, opinions. But it perfectly illustrates the pointlessness of trying to explain the development of any aspect of science in terms of Newton’s hermetic religious views.

“No, I simply deny that there is a principled difference between rhetoric and science.”

This is a ploy — one might say a rhetorical ploy — to which postmodernists endlessly and incorrigibly recur. There is no evidence for it and it is more than faintly ridiculous — try sitting through a lecture on Ricci flows on Riemannian structures on 3-manifolds and decide for yourself whether the difference that Fuller scorns is real. But as a war-cry to rouse the ignorant and impressionable, his slogan is ever so useful. Enough said.

“After all, Darwin’s own theory was kept afloat for its first half-century largely by an unholy alliance of capitalists, eugenicists, free-floating racists, and wishful theologians.”

The ideological situation of Darwinism in the late 19th century is much more complicated than Fuller lets on; he merely repeats cliches that have become de rigueur within the postmodern left. In fact, however, Darwin had an enthusiastic following amongst the radical left as well as a portion of the devil-take-the-hindmost right. The fact that it was inextricable from a materialist, monist, anti-teleological view of the world made Darwinism, per se, a radical challenge to standard bourgeois worldviews. To put it another way, who was the true “radical” at the Scopes trial?; Bryan or Darrow? But in any case, Darwinism prevailed, not because it was serviceable to the winners of some hypothetical ideological struggle, but because of its ever-amazing parsimony and its singular consistency with observed fact, a solid body of evidence that over the years grew far beyond what was available to Darwin in the 1840’s.

“Why Levitt should fear this prospect to such an extent that it compromises his critical judgment remains a mystery to me.”

ID, in full battle array, with its ample funding by right-wing billionaires and its frenetic tactics of political log-rolling amongst right-wing Republicans, has been on the scene for about a dozen years, not quite enough to lay down a complete historical record, but sufficient to justify some more-than-tentative inferences. The most important of these is that there have been virtually no “converts” to ID theory amongst scientists in any discipline. The best that the ID dog-and-pony-show can offer is a couple of pathetic cases with real but unprepossessing scientific credentials who were hard-case creationists to begin with and were motivated to become “scientists” in order to make that cause more convincing to laymen. In any case, it remains glaringly obvious that Fuller’s misreading of the politics that generated and sustains the ID movement is so complete as to constitute a peculiar pathology all its own. One devoutly hopes that sociologists as a whole are resistant to this contagion.

cover of back issue vol. 13 no. 3
SUBSCRIBE to Skeptic magazine

Science-Based Medicine is a new daily science blog dedicated to promoting the highest standards and traditions of science in medicine and health care. It is a joint effort of five MDs (Steven Novella, Kimball Atwood, David Gorski, Wallace Sampson, and Skeptic magazine’s resident medical expert, Harriet Hall) each taking one day of the week, with occasional guest authors.

The mission of this blog is to scientifically examine medical and health topics of interest to the public. This includes reviewing newly published studies, examining dubious products and claims, providing much needed scientific balance to the often credulous health reporting, and exploring issues related to the regulation of scientific quality in medicine…