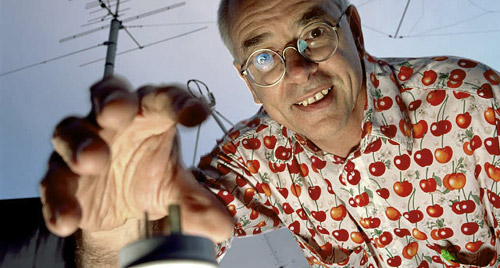 This week on Skepticality, science educator and skeptic Michael McRae interviews one of Australia’s most recognizable scientists, Dr. Karl Kruszelnicki, who is known to most Aussies simply as “Dr. Karl.”

Dr. Karl is the Julius Sumner Miller Fellow at the University of Sydney, as well as a proud recipient of the Ig Nobel prize. He is also a popular science commentator on radio and television, and a bestselling author of 26 books — including his most recent, Please Explain, which gives the facts on everything from why we yawn, to the history of near death experiences.

In this week’s eSkeptic, Harriet Hall, M.D. takes on ultrasound screening, fish oil, and ear candles. As you might expect, Dr. Hall applies her usual skeptical lens to outlandish claims (hint, don’t put candle wax in your ears to get rid of ear wax), but surprisingly there is something positive to be found in one of the other two subjects that may actually be good for you. Read on… 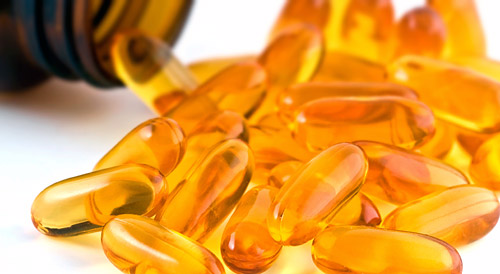 I never thought I’d be promoting ignorance! I’ve always thought the more information, the better; but there are exceptions. I’m going to explain something that is very counterintuitive and grates against every fiber of our truth-seeking skeptical brains.

The ad shouts, “Tests That Can Save Your Life … Stroke is America’s third leading killer … Half of all stroke victims have no warning signs before a stroke occurs.” Life Line Screening comes to your community, sets up their ultrasound machines in a church or community center, and offers screening for stroke (carotid artery), abdominal aortic aneurysm (AAA), peripheral arterial disease (PAD), and osteoporosis for $129. The Healthscreens company adds gallbladder, kidney, liver, thyroid, and heart screens for a total of nine screenings for $215. They say “Don’t Wait … Until it’s too late!”

A skeptic asks: if these tests save lives, why doesn’t my doctor order them, and why doesn’t my insurance company pay for them? The ultrasound peddlers answer that doctors don’t care about prevention and insurance companies are stingy. That’s nonsense. Doctors do care very much about prevention, and insurance companies would save money in the long run by diagnosing things early. Doctors do use these tests to screen patients at high risk and to aid in diagnosis (and when used that way, they are covered by insurance). They just don’t use them to screen the entire population of mostly healthy people.

Obviously we’re not going to do every possible test on every possible person. You could test all 5-year olds for gonorrhea, but you probably wouldn’t. What makes a good screening test? The answer depends on the four possible outcomes of any test:

A good screening test has a low rate of false positives and negatives.

It makes a big difference how common the disease is in the population being screened. The rarer the disease, the more likely a positive test will be a false alarm. Only 10% of positive mammograms actually turn out to be cancer. Assuming you find a true positive result, you want it to make a difference. Does early diagnosis prolong your life span, or does it just prolong the time you carry the “sick” label? Is there an effective treatment that will prevent death or improve well-being? Are there risks to the treatment that must be weighed against the benefits?

We no longer do routine screening urinalysis. It wasn’t productive. If patients had no symptoms, a urinalysis rarely found anything that mattered, and we wasted a lot of time and effort trying to explain minor transient findings.

We no longer do annual chest x-rays. Why? Because they did more harm than good. There was a small risk from the radiation itself. When a lung cancer was big enough to see on x-ray, it was usually too late for treatment to prolong survival; and we found too many questionable shadows that required further investigation. My father-in-law was a case in point. A routine chest x-ray showed a mass. They operated and found something benign and insignificant, but he had complications from the surgery and died. His screening test killed him.

The U.S. Preventive Services Task Force wrestles with these issues, studies risk/benefit ratios, examines the latest and best research, and makes recommendations for screening the general asymptomatic population. They recommend one-time ultrasound screening for AAA in men between the ages of 65 and 75 who have ever smoked; they recommend against screening in women. They recommend against screening for PAD, because if we find PAD the recommendations are the same ones we make for everyone: smoking cessation and exercise. They recommend osteoporosis screening for women over age 65 (or 60 if they have risk factors). When ultrasound is used for osteoporosis screening, about a third of patients have a positive result that must then be confirmed by a DEXA test; it makes more sense to use DEXA in the first place. When tests fall under the USPSTF recommendations, Medicare and insurance companies usually pay.

Carotid artery testing can lead to life-saving treatment for patients who have symptoms, but if you have no symptoms, you may not need treatment. Even if the artery is 60–99% blocked, surgery may only reduce risk of stroke by 1% per year, and the surgical risks may outweigh the benefits.

Indiscriminate ultrasound screening is a blunt instrument: it sees a lot of suspicious findings that are due to benign conditions that don’t require treatment. Diagnosing the benign conditions requires more tests, which may be expensive, invasive, and possibly even lead to complications and death. When ultrasound finds something important, it is often something that would have been found later when symptoms developed, and usually finding it sooner makes no difference in survival. And think of all the needless worry!

These direct-to-consumer peddlers of ultrasound fail to divulge crucial information; so their customers can’t really give informed consent to a procedure that, while harmless in itself, can lead to various kinds of indirect harm. They play on people’s fears and their desire to take control of their own medical care. They imply a promise of far more than they can deliver. They may not do as much harm as the peddlers of whole body screening CT scans (which involve substantial radiation exposure), but in my opinion, they are just as wrong-headed.

Everybody knows fish oil is good for you. It’s one of the most popular diet supplements, and even the FDA allows claims that it can help prevent heart attacks. It has been claimed to help everything from schizophrenia to psoriasis. Here are the only claims that are supported by good quality evidence:

There are some concerns. In the DART 2 trial of men with chronic coronary disease (stable angina), it apparently increased the risk of death. In a study of patients who had an implanted cardioverter defibrillator, it increased the risk of arrhythmias. With higher doses, it can worsen control of diabetes and it can increase bleeding tendency. Side effects include burping, heartburn, and an unpleasant aftertaste.

People see that fish oil improves survival after a heart attack so they assume it should also help prevent heart disease in people who don’t yet have it. That does not necessarily follow: insulin improves survival of diabetics, but that doesn’t mean healthy people should take insulin to prevent diabetes.

A 2006 review article in The Medical Letter concluded, “Eating fatty fish may be beneficial for healthy people, but there is no evidence from prospective trials that fish oil supplements prevent cardiovascular disease in the general population.”

Ear Candles – Smaller Than Your Elbow

Remember the old rule about not putting anything in your ear that is smaller than your elbow? It’s a pretty good rule, and it applies to ear candles, too.

Candling is supposed to cleanse the ear canal and do a lot of other wonderful things, like relieving earache, curing Meniere’s syndrome, purifying the mind, strengthening the brain, opening and aligning the chakras, and stabilizing the emotions. Imagination knows no bounds.

When ear candles first became popular, skeptics rushed to debunk them. A simple test was all it took: lighting a candle outside the ear produced a residue that looked exactly like the “wax” that was allegedly drawn out of the ear. Debunking did no good. People are still buying them (there are two spas in my neighborhood that sell them).

According to a 2007 article in the journal American Family Physician: “Ear candling is a practice in which a hollow candle is inserted into the external auditory canal and lit, with the patient lying on the opposite ear. In theory, the combination of heat and suction is supposed to remove earwax. However, in one trial, ear candles neither created suction nor removed wax and actually led to occlusion with candle wax in persons who previously had clean ear canals. Primary care physicians may see complications from ear candling including candle wax occlusion, local burns, and tympanic membrane perforation.”

It’s more likely to clog a clean ear than to clean a clogged ear; it does nothing useful and it can be dangerous. Try telling that to the spa folks. I did. Here’s the answer I got: “Hello, thank you for your input — is [sic] something else that I can help you with?” In one ear and out the other…

NEW lectures now on DVD
PLUS the $7.99 VHS sale continues!

Abraham’s Children: Race, Identity
& the DNA of the Chosen People

Entine attempts to answer new taboo topics, such as: Did Moses really live? What was the real fate of the Lost Tribes? How did the advent of Christianity change the DNA of humanity, and why Jews — the tiniest fraction of the world’s population — score highest on intelligence tests and hold so many Nobel Prizes, why there are disproportionately so many more Jewish lawyers and doctors…

There are still lots of VHS videos available for the great low price of $7.99! We’ve compiled a list of all the videos from the Skeptic Distinguished Lecture Series at Caltech that we currently have in stock (in all the various formats) so you can quickly browse them by category.