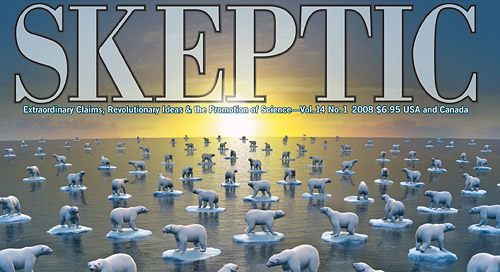 vol 14 no 1: GLOBAL WARMING
the new issue of Skeptic magazine on newsstands now

Developed by Junior Skeptic Editor Daniel Loxton for his personal file management, a set of seventeen of these exclusive icons is now available for you to use at home — just for fun, and completely free.

If you’re a Mac OS X user, download the set as a Zip archive. It should uncompress as a Mac folder containing the icons (formatted as ready-made Mac folders), plus instructions for applying the icons to your own folders.

If you’re a Windows XP user, download the set as a Zip archive. It should uncompress as seventeen .ICO files, plus a jpeg showing what the icons look like, plus a text file explaining how to install them in your own folders. (The .ICO files will probably not directly open as image files, but can be applied to new folders using the “Properties” dialogue box. Instructions are included in a text file.) 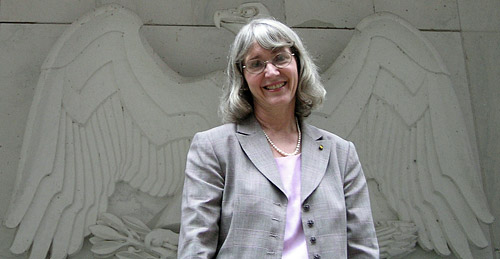 The contentious pro-Intelligent Design film Expelled: No Intelligence Allowed is now in its second week of wide release, and the controversy is far from over. This week on Skepticality, Swoopy talks with Dr. Eugenie Scott about her participation in Expelled, her thoughts on seeing the film — and the “Expelled: Exposed” website, created by the National Center for Science Education (where Dr. Scott serves as the Executive Director).

Beyond the Expelled frenzy, Dr. Scott talks about her work with the NCSE, the future of science education, and what the average person can do to improve the public perception and understanding of science.

Beyond Human:
Living with Robots & Cyborgs

Concepts once purely fiction — robots, cyborg parts, artificial intelligence — are becoming part of everyday reality. Soon robots will be everywhere, performing surgery, exploring hazardous places, making rescues, fighting fires, and handling heavy goods. After a decade or two, they will be as unremarkable as computer screens are now in our offices, airports, and restaurants. Cyborgs will be less obvious. These additions to the human body — rebuilt joints, elbows, and hearts — are mostly inferior now. Soon we will cross the line between repair and augmentation, probably first in sports medicine and cosmetic alterations, then for anyone who wants to make a body perform better and last longer than it ordinarily could. Controversy will arise, but it will not stop our desire to live longer and be stronger than we are. Benford and Malartre are not afraid to speculate or to focus closely on surprising things already possible and being done…