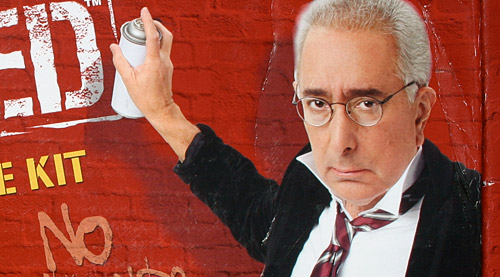 In June 27th’s Globe and Mail, Liam Lacey gives Ben Stein’s new film 0 out of 4 stars! Here’s a snippet from the review:

Then the Lord looked upon Ben Stein’s work and declared: “Though I am a loving God, quite frankly, Ben, this film is an appallingly unscrupulous example of hack propaganda and it sucketh mightily. What’s more, I didn’t laugh once.” 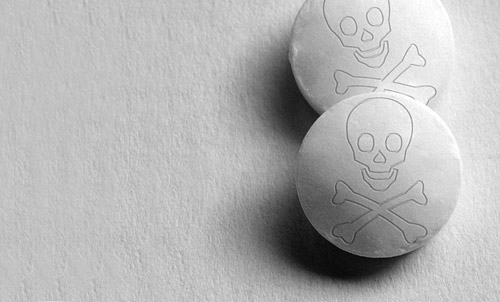 Charlatan: America’s Most Dangerous Huckster, the Man Who Pursued Him, and the Age of Flimflam, by Pope Brock, is not only a rip-roaring good read, but it brings up serious issues about regulation of medical practice and prosecution of quackery. It tells the story of John R. Brinkley MD, who transplanted goat glands into people, and of Morris Fishbein MD, the editor of the Journal of the American Medical Association, who tried to stop him.

Brinkley was a colorful character whose very first job was a scam, selling a patent remedy. He went to medical school but never finished, eventually buying a diploma elsewhere for $100. A bigamist, drunkard, liar, and con man of incredible audacity, he built up an empire of quackery that made him filthy rich. Apart from his medical adventures, he practically invented modern political campaigning techniques, revolutionized advertising, and was almost single-handedly responsible for popularizing country music and the blues with his radio station.

An impotent patient supposedly told Brinkley, “Too bad I don’t have goat nuts.” So Brinkley gave him some. A few weeks later he went back for a refresher course in surgery (which he failed because of drunkenness and poor attendance). He began to feel that he was gifted and should not be bound by the “jealous sheep ethics” of the AMA. 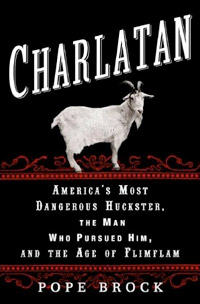 In 1918 he founded a clinic in Milford Kansas whose main purpose was to rejuvenate men by surgically implanting goat testicles. Hormones hadn’t been isolated yet, and other medical men were experimenting with animal gland transplants, starting with Brown-Sequard, who “after a long and distinguished international career, wandered off the reservation in the late 1880s.” He injected himself with an emulsion of dog and guinea pig testicles and claimed he felt like a new man. Other doctors followed his lead with goat, ram, and monkey testicles. Steinach offered what was essentially a vasectomy, thinking it would make hormones flow back into the body. One American research program was cancelled after the chimps escaped the lab on a Sunday morning and reassembled in a local church, interrupting worship services.

Brinkley had an advantage over his rivals in his superior guile, marketing genius, and unbeatable chutzpah; and goats were an inspired choice of animal, because the goat’s appetite for sex was famous. His fame rose meteorically on the basis of testimonials, but his treatments were implausible, ineffective, and dangerous. At least 42 patients entered his hospital vertical and departed horizontal. Others survived surgery long enough to die at home, and others succumbed from using the quack remedies he sold via the radio. “[G]iven the Jurassic state of malpractice laws in Brinkley’s day” his medical license was a license to kill. His body count was higher than that of the worst serial killers. He advertised that his treatments worked wonders on 27 different ailments from emphysema to flatulence, with a 95% success rate. (It worked less well on “stupid types.”) He had a program called “Medical Question Box” on his own radio station. A patient would write in with symptoms, he would advise “remedy no. 20,” and both the inquirer and all the listeners with similar symptoms would buy his line of numbered quack remedies sold through a chain of participating drug stores with a 100% money-back guarantee. Nothing could stop him. When he lost his license to practice medicine in Kansas, he ran for governor. When his radio station was shut down, he moved it across the border to Mexico and set up the most powerful radio transmitter ever, to blast his message throughout North America.

There were rumors … that he bit a man’s ear off in drunken rampage and stole goats from neighboring farms when his own supply ran low. But he was idolized by tidal wave of grateful patients and staunch supporters. What finally led to his downfall was a libel lawsuit he filed against Morris Fishbein. He lost, and he made a fool of himself on the witness stand. One thing that came out in the trial was that the special Formula 1020 ( which he sent home with surgical patients for post-operative injections to “stimulate” the production of white blood cells) was nothing but colored water. The trial verdict, in 1939, branded him as a quack, and this unleashed a slew of other lawsuits by injured patients. The IRS pursued him for back taxes, and he ended up bankrupt in 1941, just months before his death.

Brock says, “…quacks have flourished in all ages and cultures, for nothing shows reason the door like cures for things. Unlike most scams, which target greed, quackery fires deeper into Jungian universals: our fear of death, our craving for miracles. When we see night approaching, nearly all of us are rubes.”

Quacks were embraced in America due to a “perverse stream” of independence running back to Jacksonian democracy when education was despised and the common man exalted and when all but 3 states actually repealed licensing requirements. “Americans not only tolerated but demanded incompetence.” The AMA was founded in 1847 as a reaction to the free-for-all, but it “simply swapped one form of chaos for another” — licensing of everything from osteopathy to homeopathy, from chiropractic to “eclectic” medicine and herbalism.

In 1905 Samuel Hopkins Adams wrote an expose of patent medicines for Collier’s magazine. He named names: 264 companies and individuals. Within a year, one manufacturer of an alcohol-based remedy was told by the IRS to either put real medicine in his product or open a bar. Did you know ketchup started life as a patent medicine?

In response to the Collier’s expose, the AMA hired Arthur Cramp to head its Bureau of Investigation. He and Fishbein formed a quackbusting team that lasted over 20 years. The AMA was proactive and had its own lab to analyze quack remedies. Cramp created a poster for national distribution: Testimonials are Worthless. The JAMA ran a regular feature — a 2 page spread with a testimonial on one side with a picture of the person who gave it and the disease they were miraculously cured of; and on the facing page, the same person’s death certificate, cause of death: same disease.

Morris Fishbein only practiced medicine for 1 year before turning to journalism. He was famous for investigating a girl with an unexplained (and impossible) fever of 114 and finding the hot water bottle she was hiding. He was appalled by what Brinkley was up to — he called him a one man medical emergency. He vowed to put him out of business, and he tried for decades, but he was hamstrung. Cramp said, “There is nothing the medical profession can do except to warn the public against the thing.” Fishbein tried the AMA, FTC, BBB, articles excoriating Brinkley. Nothing put a dent in Brinkley’s success. In fact, the publicity helped him, because he could portray himself as the lone genius doctor being persecuted by the hidebound medical establishment. He could say they were only trying to protect their own monopoly on medical income. He could say Fishbein was on a personal vendetta. Despite a few setbacks, he continued to kill patients and get obscenely rich doing it. In a touch of hubris reminiscent of Greek tragedy, it was Brinkley himself who filed the lawsuit that ended his career.

I wish Brinkley were just a historical curiosity; but there are Brinkleys out there today, and we haven’t gotten much better at stopping them. A recent Nightline featured a doctor who has treated 30,000 patients for a non-existent illness, using dangerous bogus treatments. Only now is there an investigation that threatens his license, but the hearing won’t be until December.

It’s difficult to get a state board to act against an MD, a chiropractor, or any other licensed health care provider on the basis of quackery. It gets the boards’ attention if a patient dies, or if injured patients file malpractice lawsuits. Sexual misconduct generally gets their attention, as does defrauding Medicare. But in general, the people on the boards are hesitant to criticize their peers. We need to do better.

The problem is, danger lurks on the borderlands of quackery. What we don’t want to do is stringently restrict doctors to approved practices so that they are unable to implement new treatments as they come along. Even if we stick to evidence-based guidelines, we have to leave room for clinical judgment. I don’t mean any vague “art” of medicine, but the judgment of how to apply the existing evidence to individual patients in everyday clinical practice. Doctors need leeway to prescribe medicines off-label when there is published evidence that hasn’t yet been translated into FDA approvals. If evidence-based medicine has nothing to offer, we need the option of judiciously trying something that we don’t have good evidence for but have reason to think might help. But where do you draw the line? The MD featured on Nightline says he is practicing legitimate, cutting edge medicine; and so did Brinkley.

There are whole areas of alternative medicine that most of us consider quackery, but political correctness and legal repercussions discourage even the use of that word. One man’s quackery is another man’s miracle cure; postmodernists and New Agers tell us science is only one of many ways of knowing. When scientific doctors try to suppress quackery, they are automatically accused of jealously trying to protect their guild from outsiders. If that is ever true, it certainly isn’t common. I don’t think financial concerns enter into the equation when MDs speak out against things like homeopathy or therapeutic touch.

Read Charlatan and enjoy; then think about today’s charlatans and weep.