Today, there is arguably no hotter topic
in culture than science & religion.

So much of the debate turns on The Big Questions that involve Origins: the origin of the universe, the origin of the ‘fine-tuned’ laws of nature, the origin of time and time’s arrow, the origin of life and complex life, and the origin of brains, minds, and consciousness. From theologians and philosophers to creationists and intelligent design theorists, the central core of almost all of their arguments centers on filling these origin gaps with God. But now science is making significant headway into providing natural explanations for these ultimate questions, which leaves us with the biggest question of all: Does science make belief in God obsolete? 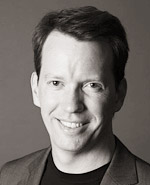 Dr. Sean Carroll
A Senior Research Associate in Physics at the California Institute of Technology, Dr. Sean Carroll’s research ranges over a number of topics in theoretical physics, focusing on cosmology, field theory, particle physics, and gravitation. He is currently studying the nature of dark matter and dark energy, connections between cosmology, quantum gravity, and string theory, and whether the early universe underwent a period of inflationary expansion. He is the author of Spacetime & Geometry: An Introduction to General Relativity, recorded a set of introductory lectures on cosmology for the Teaching Company, and is a contributor to the blog Cosmic Variance. 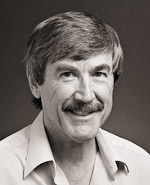 Dr. Paul Davies
A theoretical physicist, cosmologist, astrobiologist, author and broadcaster, Dr. Paul Davies is a professor at Arizona State University where he is setting up a research institute to examine fundamental concepts in science. Davies previously held academic appointments in the UK, at the Universities of Cambridge, London and Newcastle upon Tyne. His research has ranged from the origin of the universe to the origin of life, and includes the properties of black holes, the nature of time and quantum field theory. Davies is known as a passionate science communicator. He gives numerous public lectures throughout the world and has written 27 books, including The Mind of God, The Goldilocks Enigma, God & the New Physics, and Cosmic Jackpot. He is the recipient of the 1995 Templeton Prize. 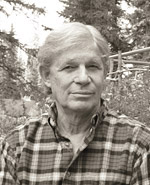 Dr. Stuart Kauffman
The founding director of the Institute for Biocomplexity and Informatics and a professor of biological sciences, physics, and astronomy at the University of Calgary, Dr. Stuart Kauffman is Emeritus Professor of Biochemistry at the University of Pennsylvania, a MacArthur Fellow, and an external professor at the Santa Fe Institute. His books include The Origins of Order and At Home in the Universe: The Search for the Laws of Self-Organization & Complexity. His latest book is Reinventing the Sacred: A New View of Science, Reason & Religion. 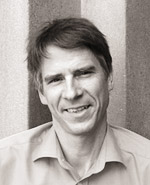 Dr. Christof Koch
Koch Obtained his Ph.D. in (bio)-physics with a minor in Philosophy. After four years at MIT, he joined the California Institute of Technology, where he is the Lois and Victor Troendle Professor of Cognitive and Behavioral Biology. His laboratory focuses on experimental and computational research pertaining to neuronal correlates of selective visual attention and consciousness in the mammalian brain, a topic he worked on for nearly two decades with Francis Crick. He is the author of the highly acclaimed book, The Quest for Consciousness: A Neurobiological Approach. 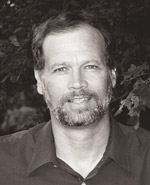 Dr. Kenneth Miller
A Professor of Biology at Brown University, Dr. Kenneth Miller is a cell biologist, and chairs the Education Committee of the American Society for Cell Biology. He serves as an advisor on life sciences to the PBS television news program NewsHour, and is the author of the bestselling book Finding Darwin’s God, as well as the controversial biology textbook that triggered the Dover creationism trial, at which he testified as an expert witness. His new book, based on his experiences at the trial, is Only a Theory: Evolution & the Battle for America’s Soul. 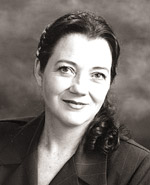 Dr. Nancey Murphy
A Professor of Christian Philosophy at Fuller Theological Seminary, Dr. Nancey Murphy’s first book, Theology in the Age of Scientific Reasoning, won prizes from both the American Academy of Religion and the Templeton Foundation. She is a member of the Board of Directors of the Center for Theology and the Natural Sciences and an ordained minister in the Church of the Brethren. Her most recent books are: Did My Neurons Make Me Do It? Philosophical and Neurobiological Perspectives on Moral Responsibility and Free Will; Physics & Cosmology: Scientific Perspectives on the Problem of Natural Evil; and Evolution & Emergence: Systems, Organisms, Persons. 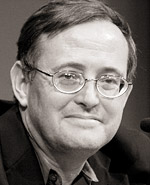 Dr. Donald Prothero
A Professor of Geology at Occidental College and Lecturer in Geobiology at Caltech, Dr. Donald Prothero is the author, co-author, editor, or co-editor of 21 books and almost 200 scientific papers, including five leading geology textbooks and three trade books. He has served as an associate or technical editor for Geology, Paleobiology, and Journal of Paleontology. He is a Fellow of the Geological Society of America, the Paleontological Society, and the Linnaean Society of London. His latest book is Evolution: What the Fossils Say & Why it Matters. 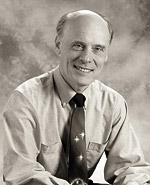 Dr. Hugh Ross
Ross earned a Ph.D. in astronomy from the University of Toronto and was a research fellow in radio astronomy at Caltech in the 1970s. In addition to publishing many technical scientific papers, he is the author of numerous popular science books that defend his faith: The Fingerprint of God, The Creator & the Cosmos, Creation & Time, Beyond the Cosmos, The Genesis Question, The Origins of Life, and Creation as Science. Ross is the founding director of Reasons to Believe, an international interdenominational science-faith think tank. 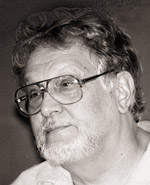 Dr. Victor Stenger
Emeritus professor of physics and astronomy at the University of Hawaii and adjunct professor of philosophy at the University of Colorado, Dr. Victor Stenger’s research career helped establish the properties of strange particles, quarks, gluons, and neutrinos, and helped pioneer the emerging fields of very high-energy gamma ray and neutrino astronomy. He is the author of a number of popular science books also well received by professional scientists, including: Has Science Found God?, The Comprehensible Cosmos, Timeless Reality, The Unconscious Quantum, Not by Design, and the New York Times bestseller, God: The Failed Hypothesis. He has debated many of the top theologians of our time. 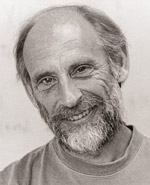 Dr. Leonard Susskind
The discoverer of string theory, Dr. Leonard Susskind is the Felix Bloch Professor in theoretical physics at Stanford University and the author of the controversial new book The Black Hole War: My Battle with Stephen Hawking to Make the World Safe for Quantum Mechanics. His contributions to physics include the discovery of string theory, the string theory of black hole entropy, the principle of ‘black hole complementarity,’ the holographic principle, the matrix description of Mtheory, the introduction of holographic entropy bounds in cosmology, and the idea of an anthropic string theory ‘landscape.’ He has written numerous articles for the non-specialist including an award winning article on black holes in the Scientific American. 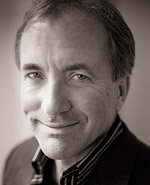 Dr. Michael Shermer
The cofounder of the Skeptics Society, the Publisher of Skeptic magazine, a monthly columnist for Scientific American, the host of the Skeptics Society Distinguished Science Lecture Series at Caltech, and an adjunct professor at Claremont Graduate University, Dr. Michael Shermer is the author of many books including: Why People Believe Weird Things, How We Believe, The Science of Good & Evil, The Borderlands of Science, Science Friction, and Why Darwin Matters. His latest book is The Mind of the Market. 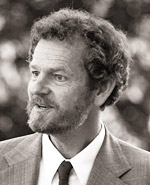 Dr. Philip Clayton
A Professor of Religion and Philosophy at Claremont Graduate University and Ingraham Professor at Claremont School of Theology, Dr. Philip Clayton is a philosopher and theologian specializing in the intersection of science and religion and is the author of In Quest of Freedom: The Emergence of Spirit in the Natural World, Adventures in the Spirit, Beyond the Religion Wars, and This Sacred World: What the New Integration of Science & Religion Has to Say about Ecology, Politics & Human Spirituality. A panentheist, he defends a form of process theology that is hypothetical, dialogical and pluralistic. 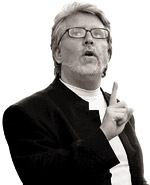 Mr. Deity
Yes, that’s right, the Deity will be in attendance. Mr.Deity that is — the You Tube and Crackle sensation. Mr.Deity video clips offer a humorous (and slightly irreverent) peek into the day-to-day operations of the universe and the Big Man in charge — a behind-the-scenes look at how Mr. Deity and his long-suffering assistant, Larry, grapple with the complications of their new Creation. “What kind of Evil will be allowed in this new universe?” “How do you go about recruiting a ‘Savior’?” “Why won’t these darned lights work?” And “How do you relate to your girlfriend when she’s the devil (literally)?” are just some of the thought-provoking questions raised by the show. Mr. Deity (Brian Keith Dalton), Larry (Jimbo Marshall), Jesus/Jesse (Sean Douglas), and Lucy/Lucifer (Amy Rohren) will entertain us with clips and behind-the-scenes stories, along with discussing the more serious theological and philosophical issues raised in individual episodes. If you haven’t seen Mr Deity check it out here or just google “Mr.Deity.”

Ventanas Patio at The Westin Pasadena (the host hotel for this year’s conference).

For full conference details including: