In this article, Michael Shermer postulates a “Type 1” civilization in which exists a “globalism that includes worldwide wireless Internet access, with all knowledge digitized and available to everyone. A completely global economy with free markets in which anyone can trade with anyone else without interference from states or governments. A planet where all states are democracies in which everyone has the franchise.”

The mainstream rap and hip hop communities are known not only for a way with words and penchant for controversy, but also for occasional drama. Rapper Greydon Square is no exception.

On this week’s episode of Skepticality, Derek & Swoopy hang loose with Greydon and talk about his musical influences, being embraced by the atheist community — and why this Compton native (raised as a legal orphan by the Department of Children & Family Services of California) refuses to be a product of the system. (This episode contains some mature content and brief explicit language.) 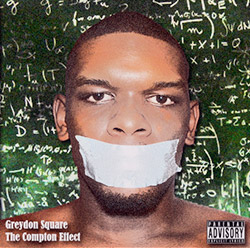