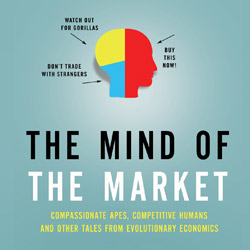 The Mind of the Market
(abridged audio presentation)

Shermer explains how evolution shaped the modern economy and why people are so irrational about money. How did we make the leap from ancient hunter-gatherers to modern consumers and traders? Why do people get so emotional and irrational about bottom-line financial and business decisions? READ more…

In the weeks leading up to the Origins — the BIG Questions Conference at Caltech, we’ll be posting links to various topics of interest in this “Origins Conference Buzz” section. The content in these links does not necessarily represent our position; we simply aim to host the full range of dialogue around the issues.

This week, we link to the third in a series of conversations presented by this year’s conference cosponsor, the John Templeton Foundation. The conversation explores the BIG Questions, among which is “Does science make belief in God obsolete?”. Read essays from leading scientists and scholars including Michael Shermer, Ken Miller, Victor Stenger, and Stuart Kauffman — all speakers at this year’s conference.

Origins — the BIG Questions Conference runs from October 3–4, 2008 in the Beckman Auditorium at the California Institute of Technology. For more information and to register:

The James Randi Educational Foundation (JREF) is pleased to announce that Dr. Philip Plait – renowned astronomer, author, and skeptic – will be taking on the role of President of the JREF effective immediately.

The goals of the JREF are to bring critical thinking to the public, expose pseudoscientific frauds, and promote real science and rationality. 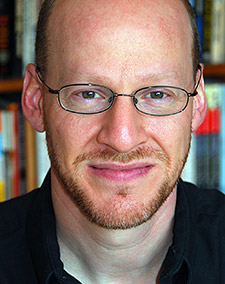 “Phil is a skeptic, a scientist, and a colleague, and his ideas and vigor will take the JREF very far indeed. We’re pleased and proud to have him take the reins,” said James Randi, internationally known magician and critical thinker, who is the founder and outgoing president of the JREF. “I will now be dedicating much of my time to completing my next two books, Wrong!, and A Magician in the Laboratory.”

Dr. Plait has a long affiliation with the JREF. He has been a speaker at all of The Amazing Meetings – a JREF-sponsored annual conference series and the largest gathering of critical thinkers in the world – and over the years has provided valuable advice and support for the JREF in scientific and other matters. During that time he has grown to be a strong part of the Foundation.

Before joining the JREF, Dr. Plait spent ten years performing scientific research using the Hubble Space Telescope, much of it as a contractor at NASA’s Goddard Space Flight Center. It was at this time that he created the Bad Astronomy website, where he critically (and humorously) analyzes various astronomical myths and misconceptions. His debunking of the Moon Hoax (people who think NASA faked the Apollo Moon landings) became an Internet favorite, bringing in tens of millions of views.

His award-winning Bad Astronomy Blog is one of the largest and most popular scientific blogs in the world. In July 2008 it was acquired by Discover Magazine, where his audience continues to grow. Plait is an internationally sought-after lecturer and has given numerous interviews on national TV, radio, and podcasts. He has written two popular-level science books: Bad Astronomy (Wiley and Sons, 2002), and the upcoming Death from the Skies! (Viking 2008), which deals with cosmic catastrophes. It was his first book that brought him to the attention of Mr. Randi, who asked him to speak at the JREF’s 2003 conference.

In fact, Plait attributes his current stature in the skeptical community to James Randi. “When I was young, I believed in all sorts of antiscientific silliness like the Bermuda Triangle, astral projection, and the like. But then I saw Mr. Randi on television masterfully and literally dissecting psychic surgery [con artists who fake using psychic powers to do phony surgery on desperately ill victims], and he opened my eyes – and my brain – to the idea that reality is a better place to live in than fantasy. I owe it all to Mr. Randi, so I am very excited and deeply honored to continue his vision with the JREF.” 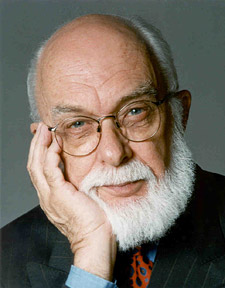 Outgoing President James Randi has pursued “psychic” spoonbenders, exposed the dirty tricks of faith healers, investigated homeopathic water “with a memory,” and generally been a thorn in the sides of those who try to pull the wool over the public’s eyes in the name of the supernatural. He is the author of numerous books, including The Truth About Uri Geller, The Faith Healers, Flim-Flam!, and An Encyclopedia of Claims, Frauds, and Hoaxes of the Occult and Supernatural. Mr. Randi’s long-standing challenge for proof of claims of the paranormal now stands as a $1,000,000 prize administered by the Foundation. It remains unclaimed. Mr. Randi will become the Chairman of the JREF Board of Directors, where he will continue to guide the JREF and be a driving force for its endeavors.

With Dr. Plait at the helm, the JREF will be expanding its efforts, including educating children. “I want to teach kids about the wonders of the real Universe. We can do this by partnering with the educational community and developing fun, hands-on materials that schoolchildren can use in the classroom to teach them about critical thinking and the scientific method. Science is sometimes taught as being cold and dull, but nothing could be more wrong! It’s exciting, it’s fun, and it’s cool. Kids are natural scientists, and we need to encourage that, foster it, and let it grow.”

The JREF was established in 1996 as a registered 501(c)3 organization under the IRS code, and as such, all donations to the Foundation are tax-exempt to the full extent under the law.

For further information and media inquiries, contact the JREF:

More information on the James Randi Educational Foundation can be found online.