The Return of the Bad Astronomer

This past week the James Randi Educational Foundation (one of the leading organizations promoting critical thinking and examination of pseudoscience) announced that The Bad Astronomer himself will be the new JREF President.

Now, Dr. Plait returns to Skepticality to tell Derek & Swoopy not only about interesting advances in privately-funded space travel and the future of NASA under a new presidential administration, but also about exciting developments in his own career — including his new role at the JREF, changes for Bad Astronomy, and Phil’s impending trips to the Galapagos and Dragon*Con 2008. 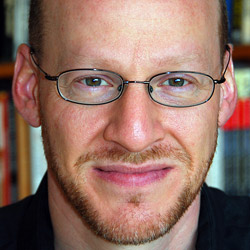 In this week’s eSkeptic, Sebastian Dieguez presents a rejoinder to Mark Crislip’s “Near Death Experiences & the Medical Literature” (eSkeptic June 18th, 2008), calling for a redefinition of NDEs.

Sebastian Dieguez worked for a time as a clinical neuropsychologist and is currently a graduate student at the Laboratory of Cognitive Neuroscience of the Brain Mind Institute, at Ecole Polytechnique Fédérale de Lausanne, Switzerland. He investigates the neural correlates of bodily awareness and self-knowledge, as well as a number of obscure neuropsychiatric syndromes. He has written on varied topics such as disorders of the body schema, cursing in aphasia, the neuropsychology of empathy, near-death and out-of-body experiences, and is a regular contributor to Cerveau & Psycho, the French edition of Scientific American Mind. 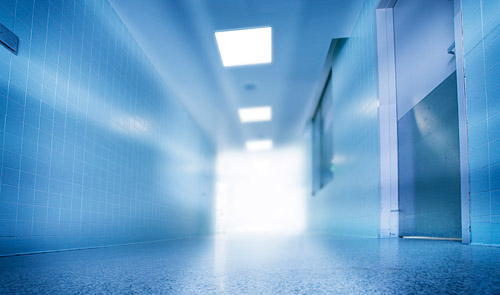 I agree one hundred percent with everything Dr. Crislip wrote in his recent article published in eSkeptic. In fact, I have co-authored a forthcoming book chapter that makes similar points (Blanke & Dieguez, 2009). It is perfectly true that loss of consciousness and brain status were not satisfactorily assessed in the NDE Dutch study (van Lommel et al., 2001) and that all claims of cerebral inactivity, or even dysfunction, were largely unwarranted by the methods used. It is also an understatement to say, as Crislip rightly does, that NDE research crucially depends on how NDEs are defined.

This simple fact is still an unresolved issue 30 years after Raymond Moody published Life after Life, and the occult literature is still begging the question about what exactly should or should not count as “a glimpse on the afterlife”. Notwithstanding Crislip’s observation that, upon follow-up, some subjects suddenly remembered an NDE that was at first not reported (see also French, 2001), there are other interesting findings in this study that should be pointed out. First, subjects who scored worse on a task of short-term memory were significantly less likely to have reported an NDE. Second, subjects who had a previous NDE were more likely than not to report one in the present study. Third, younger subjects were more likely to report an NDE and females tended to report “deeper” NDEs. And fourth, subjects with an NDE — especially a “deep” one — were more likely to die in the following 30 days.

All these facts, in my opinion, do point to biological and psychological factors involved in the probability to endure and recall an NDE. At the very least, the findings of the study should have been properly discussed by its authors before jumping to the outrageous conclusion that because no consistent biological explanation could be found (never mind that, as Crislip notes, none was really looked for), then NDEs are not biological by nature. Actually, any person who sees the point of the principle of parsimony should agree that the prospect of NDEs challenging any tenet of biological naturalism, for the time being, simply vanish in the light of a large number of observations.

First, it is indubitable that most, if not all aspects of the NDE fit entirely into neuroscientific knowledge: observations from reduced cerebral oxygenation, drug intake, sleep-wake cycle disturbances, awareness during anaesthesia, brain damage, epilepsy and direct brain stimulation all clearly point to neural correlates of NDE-related phenomena. Then, there is the embarrassing failure to find even one irrefutable case of “veridical perceptions” during brain inactivity (or simply unconsciousness), whereas such cases should be all over the place according to any transcendental or non-reductionist account. Finally, we have the mounting evidence of crosscultural differences in NDEs, various suggestive psychological correlates associated with those who report these experiences, and the largely silenced cases that indicate plainly hallucinated (i.e. non “veridical”) features (Augustine, 2007a, 2007b).

But I think it is time to move one step further from this type of discussion. NDE researchers have frequently observed that on this topic, skeptics have merely indulged in debunking other’s claims and speculating about plausible biological frameworks to “explain away” the NDE, mostly out of the armchair. This is perfectly true. The reason is, in my view, that the pioneers of NDE research, and most of their successors, have largely contributed to discredit the whole field. They did more than they were asked for to turn it into a shameful religious war involving syrupy new age “support groups”, amateur quantum enthusiasts, Mormon propagandists, and Christian fundamentalists (for an embarrassing “discussion”, see Ring, 2000 and Sabom, 2000). Really, it is no wonder that so few scientists were ever attracted to this area of research.

Nevertheless, I believe that the NDE might become a legitimate area of research, and even benefit from the messy situation inherited from its pioneers. Let me explain. First, notwithstanding the problem of defining what exactly NDEs are, I actually do think that the term loosely denotes a specific state-class of phenomenal awareness. In other words, such experiences do exist. And second, we can now positively exploit the fact that the term NDE is in current usage to turn it into profitable use. From this wider perspective, it becomes possible to define the NDE as

a set of spontaneously evoked phenomenal experiences during stressful or threatening situations for the organism, that is or could plausibly be taken by either the subject who experienced it or by those that hear about it, as indicative of the existence of a disembodied mind and/or an afterworld when the body has ceased to live.

Let’s say that these are NDEs, regardless of the specific attributes or neurocognitive mechanisms involved. To reiterate, whatever conscious mental experience — by anyone during any kind of subjective or objective period of physical danger — is taken as having occurred to a disembodied self and/or in an environment that is not of this world, is an NDE. Note that it does not matter what the subject of the experience herself believes, it suffices that the narration is perceived as an “NDE” by someone. I think that this general approach can be a useful one for many sciences interested in human behavior.

Instead of obsessively focusing on specific features like out-of-body experiences, tunnels, lights, life-reviews, spiritual encounters, personality changes, and so forth, this definition aptly shifts the focus away and opens on the wider and more interesting questions of the nature of subjective experience, personal belief and collective mythology, all in the same framework of analysis. And of course, the question of whether these experiences are “true” or not becomes completely irrelevant by this definition. Rather, it entirely frees the hands of interested scientists from the boring job of debunking the same claims over and over again, and allows them to turn to the really interesting things (exactly like memory researchers have studied “alien abductees”, focusing on the really relevant issues instead of looking for answers into the skies; e.g. Clancy, 2005). Studying NDEs thus defined could yield fascinating insights to better understand belief formation, folk psychology, feelings of “realness”, bodily awareness, mental imagery, memory processes, myth formation, thanatology, neuropsychiatric conditions such as hallucinations, depersonalization, dissociation and other peculiar syndromes, and maybe even to approach rationally that old conundrum of whether it is cognitively possible or not to imagine oneself dead (Nichols, 2007).

I would then personally be interested in a specific subfield of NDE research, which I would call neuro-eschatology, and which would study the possibility that the very concept of the “afterworld” is a residue of our ancestors trying to make sense of the NDEs they had or they’ve heard of. In any case, it is high time for the tide to turn, and I hope that I have convinced some skeptics that there is something to NDEs, and that it will be our task to reveal where their real interest lies.

Get all the details and register online. Space is limited and last year sold out fast!