Dragon*Con Panel on
the Future of Skepticism

This week, Skepticality rounds out its Dragon*Con coverage with the Skeptrack panel inspired by Junior Skeptic Editor Daniel Loxton’s op-ed essay, Where Do We Go From Here?

Daniel also joins Swoopy to share his thoughts upon hearing the panel discussion, and about skeptical trends.

Origins Conference Buzz
The Great Divide: How to Resolve the War between Science & Religion

In this week’s eSkeptic, we present an article by Shawn K. Stover, an associate professor of biology at Davis & Elkins College in Elkins, West Virginia.

Dr. Stover has published several articles in the area of science education. Specific topics have included misconceptions in astronomy and evolution, issues-based approaches to biology, and assessment of scientific communication skills. He is also a founding member of West Virginians for Science & Reason.

LEARN more
about the conference 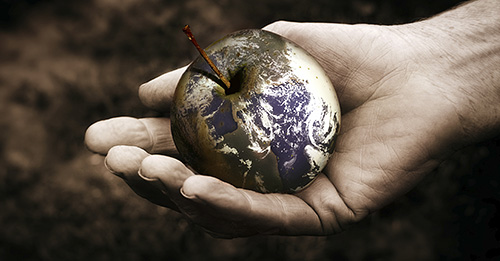 The Great Divide:
How to Resolve the War
between Science & Religion

More than a decade ago, Stephen Jay Gould wrote of science and religion as “non-overlapping magisteria,” or “NOMA.”1 He saw no conflict between science and religion, because he saw no overlap between their respective domains of professional expertise. According to Gould, science deals with the “empirical constitution of the universe,” while religion encompasses the search for ethical values and spiritual meaning.

In her book Defending Science — Within Reason, Susan Haack criticizes NOMA on the basis that it is vague and ambiguous.2 While she doesn’t speculate on Gould’s true “motives” for reconciling science and religion, she references H.L. Mencken’s suggestion that reconciliation might be motivated by cowardice (a fear of provoking religious zealots) or inner doubts (brought on by an inability to completely rid one’s self of deeply held religious beliefs).

In fact, Gould’s motivation is clearly stated in his essay: “NOMA represents a principled position on both moral and intellectual grounds. I am not, personally, a believer or a religious man in any sense of institutional commitment or practice.” Furthermore, Gould posits that NOMA permits “the prospect of respectful discourse, of constant input from both magisteria toward the common goal of wisdom.” Being respectful does not indicate fear; it indicates respect.

Since the publication of Haack’s book, there has been increasing hostility in the science-religion schism. At the forefront is Oxford zoologist Richard Dawkins, author of The God Delusion, in which he laments society’s “hands-off” attitude toward religion: “I am intrigued and mystified by the disproportionate privileging of religion in our otherwise secular societies.”3 I, too, am intrigued and mystified. In fact, I agree with Dawkins on nearly every point raised in the book (atheism is a respected intellectual tradition, evolution by natural selection provides all the biological complexity found on Earth, arguments for God’s existence have been effectively countered, etc.). However, I do take issue with the overall hubris of the book, the implication that religious-minded individuals are contemptible (or, at least, foolish). The media, of course, has picked up on the book’s adversarial nature and amplified it. Consequently, Dawkins has become a poster boy for the incompatibility of science and religion. A line has been drawn in the sand. You’re either with us or against us.

One of the most common mistakes in reasoning is the fallacious argument by elimination, or false dilemma: a tendency to frame an issue as “either-or,” ignoring other likely possibilities. It is a common problem in cognition. Humans prefer to see issues as either black or white, and we have a natural tendency to confirm our expectations. We are selectively drawn to information that supports our existing beliefs, while we ignore information that might run counter to those beliefs.4 Drawing a line in the sand facilitates the false dilemma. It’s a great technique for dividers, not so great for uniters.

The 2005 Harris Poll #52 indicated that almost two thirds of adults in the United States (64%) agree with the basic tenet of creationism, that “human beings were created directly by God.” Cognitive studies suggest that religion is “natural,” that it consists of by-products of normal functioning, and that these by-products have evolved by natural selection.5 As a species, we seem to be drawn to religion. It seems natural. It makes sense. Darwinian evolution, however, is “glaringly inconsistent with common sense.”6 It seems much more plausible to us that a peacock’s plumage or a giraffe’s neck were shaped by some omnipotent force, rather than by random mutation and natural selection over the course of millions of years. Science, in general, does not come naturally to most of us, because it often requires us to think in ways that contradict common sense.7,8

Learning and understanding concepts are functions of how new knowledge fits in with preexisting knowledge and beliefs. Misconceptions often arise when individuals alter information to fit their preconceived ideas about a particular subject.9 Furthermore, when related information is presented, a misconception can serve as an “anchor,” incorrectly linking itself to the new information. As a result, the misconception is “verified,” allowing it to gain credence.10

“Conceptual change” teaching recognizes that an individual enters a classroom or other learning environment having already developed his/her own explanations for natural phenomena. While these explanations may be incompatible with accepted scientific theories, they can be difficult to change because they are so strongly rooted in the individual’s prior knowledge base.11 To promote conceptual change, misconceptions must be identified, and overwhelming evidence must be provided in support of accurate notions. Finally, and perhaps most importantly, the individual must want to learn.12

I submit that anti-religious rhetoric is counter-productive. It actually hampers science education. By setting up an “us verses them” environment, the New Atheists are forcing non-scientists — those with no training in hypothesis testing (and perhaps very little training in critical thinking) — into a false dilemma. Consequently, a concept like biological evolution, which may run counter to someone’s deeply held religious beliefs, will automatically be considered irrelevant to that person, and the individual will be unlikely to discard any misconceptions related to the concept. The individual will not want to learn.

If, however, the perceived conflict between science and religion is sufficiently diffused, misconceptions may be identified, and conceptual change might actually occur. A colleague and I recently published a study on the influence of teleological thinking on student understanding of natural selection.13 It was hypothesized that non-science majors and freshman biology majors would express common misconceptions regarding biological evolution prior to explicit instruction on evolutionary theory. We created a multiple choice survey to assess creationist, teleological, Lamarckian, and Darwinian reasoning before and after explicit instruction. We concluded that, while they are quite common initially, teleological conceptions are superseded by Darwinian conceptions following instruction.

Although previous research indicates that many students reject evidence supporting the theory of evolution because they perceive a conflict with their religious beliefs,14,15 our study demonstrated an overall acceptance of the theory (but not an understanding of the mechanism behind it). Creationist scores were dramatically lower than other category scores. One potential explanation for the difference between our results and those of previous studies is the conscious effort we made to quickly downplay any suggestion that our students’ religious beliefs and evolutionary theory were incompatible. By keeping the two magisteria separate, by showing respect for the beliefs of others, we avoided the false dilemma. As a result, students were open to alternative ideologies. They wanted to learn, and, when sufficient evidence was presented, conceptual change actually took place.

Far too many of our citizens are scientifically illiterate. Consequently, pseudoscience and superstition have metastasized in popular culture. We cannot afford to further alienate the general public. If forced into a false dilemma, few will align themselves with science. If, however, we show a little respect for their naturally occurring religious beliefs, they may open up enough to be filled with the spirit of conceptual change.