The Enemy Within:
2,000 Years of Witch-Hunting in the Western World

The term “witch-hunt” is used today to describe everything from political scandals to school board shake-ups. Long before the Salem witch trials, women and men were rounded up by neighbors, accused of committing horrific crimes using supernatural powers, scrutinized by priests and juries, and promptly executed. The belief in witchcraft — and the deep fear of evil it instilled in communities — led to a cycle of accusation, anger, and purging that has occurred repeatedly in the West for centuries… 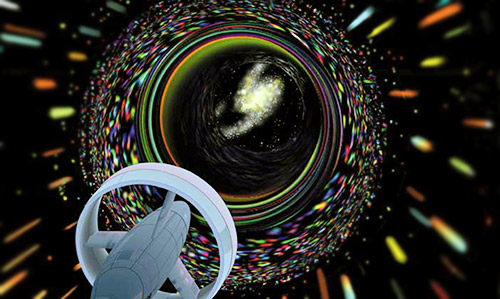 From Science Fiction to Science Fact

The horizon of possibility is stretched before us, penetrated by the shadowy undiscovered, terrain of the impossible. Our light of knowledge feebly illuminates a small circle of comprehension, but according to the New York University physicist and string theorist Michio Kaku, there is hope. More than ever, he believes, we are closer to raising our tiny light to shine everywhere to make that which was fiction into fact, to take the impossible and make it possible.

Who holds the world record for travelling furthest into the future? Where did scientists create materials that were once thought to defy the laws of optics? Why is King Kong’s existence impossible? If you are surprised by the questions, Kaku’s answers will surprise even more.

In this highly readable and exciting work, Kaku builds a case for achieving Arthur C. Clarke’s 3rd law: “Any sufficiently advanced technology is indistinguishable from magic.” Kaku shows how the terrain of the impossible, typically found only in science-fiction, is being systematically conquered by science. Force-fields, teleportation, robots, time-travel, and starships are dealt with seriously and on a time continuum: how long until we achieve these. By classifying these various “fantastical” ideas into three different ranges of time, Kaku argues for when we’ll see them.

Class 1 Impossibilities: technology that is not possible today but within the realm of physics. These are possible within a century or two. In this class, Kaku lists force-fields, invisibility, phasers and death-stars, teleportation, telepathy, psychokinesis, robots, ETs and UFOs, starships, antimatter and anti-universes.

Class 2 Impossibilities: Technology that lies on the cusp of our knowledge of physics. These are possible perhaps within millennia or millions of years. In this class, we find faster than light travel, time-travel, and parallel universes.

Kaku is more concerned with how “fantastical” ideas are being rendered into workable methods of science, rather than on how to actually make a time-machine, a teleportation device and so on. And he does this very well. He estimates, for example, how far we must go before we are able to literally “pop” into a grocery store; create force-fields that could create buildings in an instant; and create perpetual motion machines that would grant us ever-lasting renewable energy.

Kaku writes lucidly and with a touch of boyish charm. He seems like a child in toyshop, able to taste all the varieties and communicate his understanding. Each chapter opens with the science from a sci-fi book or television-show. He then translates these “fantastical” ideas into workable, present-day and evidential-based science. If you don’t mind the too-frequent Star-Trek references, Kaku really shine when he traces the history of an idea. In Time-Travel for example, he recounts St. Augustine’s wonderings about the constant flow of time whereby next Wednesday will be the past of next Thursday, just as this paragraph will be the past as you move to the next paragraph, which at the moment is the future.

This Newtonian idea of time as an arrow was overthrown by Einstein. One second on earth was thought to be one second anywhere in the universe. But, says Kaku: “[Einstein] showed that time was more like a river that meandered across the universe, speeding up and slowing down as it snaked across stars and galaxies. So one second on the Earth is not absolute; time varies when we move around the universe.”

This appears to make time even more incomprehensible and incapable of manipulation. On the contrary, considers Kaku: “Time travel to the future is possible and has been experimentally verified millions of times”. Yes that’s right, millions of times.

Who holds the world record for travelling furthest into the future, then? Currently, it is held by the cosmonaut Sergei Avdeyev, who was in orbit for 748 days and “hence hurled 0.2 seconds into the future”. It isn’t much, but astronauts travelling near the speed of light would experience a passage of time dramatically different from their friends on earth. This fits into Einstein’s special theory of relativity; that is, time-travel is consistent with the laws of physics.

So much for the future. What about the past? How can the past possibly fit into the laws of physics? This is a bit more complicated. Kaku lists five ways of time-travelling to the past:

This is all within the realms of physics (Class 2) and that is essentially Kaku’s point. And if it is not within the current realms of physics, there is a possibly of shifting physics and not necessarily the technology. He is not setting up step-by-step guidelines on how to create Douglas Adam’s type machines (like Deep Thought and Eddie); nor is he attempting to defend the creation of such things as ray-guns and Deathstars. This might be seen as a fault: How can Kaku rejoice in the creation of a technology that can destroy our planet?

Bertrand Russell once said: “There is no method of securing what is pleasant in science without what is unpleasant. We can do so, of course, by refusing to face the logic of the situation; but if so, we shall dry up the impulse to scientific discovery at its source, which is the desire to understand the world.” We have to take the one with the other — gaining greater understanding of Perpetual Motion Machines could mean an endless supply of energy eliminating poverty, or a fanatical tyrant using it for control.

Like all good science books, Physics of the Impossible should help alter your perception of possibility and (like space-time in the future possibly) bend it.