On Tuesday, November 4th, Americans finally headed to the polls. By the time you read this, the outcome of this important U.S. election will be decided. But for some, the question remains: under the new administration, can nontheists, science advocates, and critical thinkers expect better representation in government?

In recognition of Election Day 2008, Skepticality is pleased to present a talk by Lori Lipman Brown of the Secular Coalition for America (the only Washington, DC lobbyist working on behalf of skeptics, rationalists and nontheists), entitled “Pastafarian, Zoroastrian, Atheist — Can’t We All Just Get Along?” 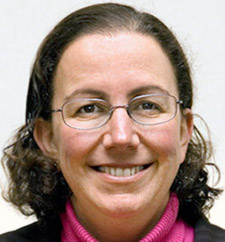 Dr Michael Shermer the Founding Publisher of Skeptic magazine and a monthly columnist for Scientific American, during his lecture tour of Australia for that country’s National Science Week in August, 2008, takes on Dr John Lennox, who holds three doctorates in the fields of science and mathematics (Ph.D., D.Phil., D.Sc.) and is a Fellow in Mathematics and Philosophy of Science at Green College, University of Oxford. His most recent book is God’s Undertaker: Has Science Buried God?

In this debate before a standing room only crowd in Sydney, Lennox and Shermer debated the usual arguments for God’s existence, with Lennox predictably leaning on Christian apologetics arguments and ending with his commitment to Jesus as his savior. Shermer closed with a passionate plea for science as the most transcendent form of knowledge that puts religion in the shade when it comes to revealing the wonders of the creation. 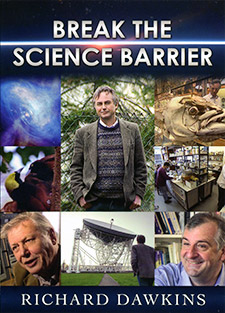 A documentary film on the power and beauty of science

In this one-hour film, the famed British evolutionary biologist and world-renowned science writer communicates both the power and the beauty of science through a series of stories and vignettes dealing with a wide variety of topics, including the discovery of the Big Bang, junk science in the courtroom, magic and deception, and how science is the best tool ever devised for understanding how the world works. The film includes a delightful interview with Douglas Adams (author of The Hitchhiker’s Guide to the Galaxy), and a brilliantly entertaining session with magician Ian Rowland, who reveals how easy it is for any of us to be fooled — by both magic and superstition. ORDER the DVD >