WATCH the video at SkepticBlog.org >

It has finally happened. After decades of skeptics proclaiming that they would drop their skepticism about UFOs and alien abductions if only an extraterrestrial intelligence would contact them directly, it has finally happened right smack in the middle of the Skeptics Society offices. An ET appeared one day to lay to rest once and for all whether or not ETs have visited earth. And the aliens have a message and a warning about what we earthlings are doing to our planet…

WATCH the video at SkepticBlog.org >

In this week’s eSkeptic, Harriet Hall, MD explains why “homeopathy is about as silly as it gets. Silly wouldn’t matter if it worked, but it doesn’t. People think it works because they get placebo effects and the homeopath keeps them entertained while they get better on their own.” 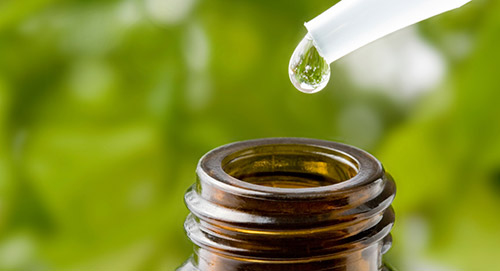 Homeopathy — Still Crazy
After All These Years

Homeopathy is one of the longest running forms of pseudoscience in the modern world. Oliver Wendell Holmes recognized that it was nonsense back in 1842 when he wrote “Homeopathy and Its Kindred Delusions.” We long ago gave up the nonsense of trying to balance the four humors by bloodletting and purging, but the homeopathy Energizer Bunny is still marching on. What makes it so indestructible?

One reason is a lack of understanding about what homeopathy really is, even among health care providers. I recently heard about a nurse who thought “homeopathic” just referred to any mild natural herbal remedy. In case any readers are similarly confused, here’s a brief overview. Homeopathy was invented by Samuel Hahnemann in the late 1700s. It is based on the now-outdated principle that “like cures like,” and the lower the dose the better in homeopathy. If coffee keeps you awake, highly diluted coffee will put you to sleep. The more dilute the coffee, the better you will sleep.

To figure out what remedy works for what symptoms, you do a “proving” by giving a substance to healthy people and writing down every symptom they have for the next few days (without trying to determine whether the symptom was due to the substance or was just coincidental). You make a remedy by diluting that substance many times and shaking it (succussing) at each step. You look up a patient’s symptoms in a book listing all the different proving results, and you give him the remedy that best matches what ails him.

For one remedy, the book lists symptoms in 19 body systems, with entries such as this one: “Pain in back, with desire for some firm support. Every movement accelerates the circulation. Palms hot and perspiring. Nasal discharge or dry nose. Hangnails. Warts. Chill between 9 and 11 AM. Coldness of legs with congestion to head, chest, and stomach. Sleepy in forenoon. Dreams of robbers…” It goes on like that for pages. All of those symptoms were reported in provings by healthy people after they ingested Natrum muriaticum. That’s table salt. How could anyone seriously believe that table salt causes all those symptoms, or for that matter believe that a dilute salt solution could relieve all those symptoms?

How dilute? Serious dilution, as in comparable to one drop diluted in all the water on Earth. When they realized that no molecules of the original substance were left in most homeopathic dilutions, homeopaths rationalized that the water must “remember” what it had come into contact with — as in clusters of water molecules somehow holding the memory of their encounters with the allegedly curative substances. Unfortunately, homeopaths have failed to explain how water can remember what it’s supposed to remember, and forget all the other memories of coming into contact with various trace contaminants, elements, bacteria, and whatever else happened to float by at the time.

In homeopathy, any substance can be a remedy; even a non-substance. My favorite is “eclipsed moonlight.” I’ve been trying to find out how they collect it to prepare the remedy; no one’s talking. And then there was the homeopath who was selling homeopathic vaccines for smallpox and anthrax, which he said were made by diluting the real thing. I reported him to Homeland Security, because if he can get the real thing, so can terrorists. Jacques Benveniste is infamous for winning two IgNobel prizes for homeopathy studies: the first one couldn’t be replicated when proper blinding controls were used; in the second one, he claimed to have sent the electronic signature of the remedy over the Internet.

The Benveniste basophile degranulation study was a convoluted attempt to show that water could remember. It was supposedly replicated in other labs, notably by Ennis. Homeopaths are still citing these studies as evidence for the memory of water, but this is intellectually dishonest. In the first place, the studies are completely discredited by the fact that every attempt to repeat them with proper blinding has failed. When James Randi and a team from Nature visited Benveniste’s lab, his experiment stopped working. When Ennis’s experiment was repeated for Randi’s million dollar prize on the BBC show Horizon, it failed. If the experiment really worked under proper blinding conditions, someone could have easily won the million dollars by now.

In the second place, homeopaths don’t seem to realize that if the results of those experiments were valid, it would mean that homeopathy couldn’t possibly work as advertised. The effects went up and down with consecutive dilutions rather than steadily upwards, and it appears that they got a similar effect from a dilution as from the full strength solution, rather than getting the expected opposite effect.

Homeopathy is about as silly as it gets. Silly wouldn’t matter if it worked, but it doesn’t. People think it works because they get placebo effects and the homeopath keeps them entertained while they get better on their own.

One recent meta-analysis claimed to have found that homeopathy worked better than a placebo in general, but that it didn’t work better than placebo for any specific condition. I’m still trying to wrap my brain around that. That’s like saying broccoli is good for all people but it isn’t good for men or women or children. Other meta-analyses have been negative, especially the ones that looked at only the higher quality studies. A recent editorial in the British medical journal Lancet proclaimed “The end of homeopathy.”

Perhaps the most promising development is that Edzard Ernst, MD, has spoken out strongly against homeopathy. This is important because he was a practicing homeopath and the world’s first professor of complementary medicine. For the last 15 years he has led a team of researchers studying the evidence for alternative medicine, and he now concludes, “With respect to homeopathy, the evidence points towards a bogus industry that offers patients nothing more than a fantasy.”

Despite science and reason, homeopathy isn’t about to go away. It has some really good things going for it. When you visit a homeopath, he wants to know all about you. He gives you far more time and attention than your MD does. He picks a special treatment designed just for you. If it’s not working he has an explanation and something else to try next time. He’s always confident he can help you get better. Homeopathy is inexpensive. It has no side effects. It’s the ideal placebo. It’s great for the worried well and the hypochondriac. It’s great for those elusive symptoms scientific medicine cannot diagnose and cure. It’s harmless except in cases where patients are persuaded to forgo effective medical treatment, or when homeopathic vaccines are offered in lieu of real vaccines.

It’s popular in Great Britain where Queen Elizabeth uses it, Prince Charles promotes it, five homeopathic hospitals are still operating, and the National Health Service is paying a good chunk of its budget for it.

Let’s say you aren’t sleeping well. You could go to an MD and get a prescription sleeping pill that only works a little better than a placebo and has side effects, or you could go to a homeopath and get a placebo that has no side effects and is a lot cheaper. You’re probably better off with the placebo. Why don’t MDs prescribe placebos? Because it’s unethical: we don’t lie to patients; we can’t tell them a remedy is effective if we know it is no more effective than a sugar pill.

It’s easy to see how doctors could be persuaded that homeopathy works. Patients tell them they feel better. That’s why bloodletting and purging lasted so long: patients got better despite the treatment and the treatment got the credit. That’s why we have to do randomized controlled trials to make sure just as many patients don’t get better without treatment.

The arguments homeopaths use to support their beliefs would earn an F in a Logic 101 course. Here are just a few taken from “Presenting 50 Facts About Homeopathy” by Louise Mclean.

Arguments like these just highlight the intellectual bankruptcy of the homeopathic belief system. They would love to find scientific validation, but they reject science when it doesn’t support them. One repeated excuse is that the remedies are individualized so they don’t lend themselves to controlled trials. That’s just nonsense. A homeopath could prescribe individualized remedies and third parties could randomly dispense either what had been prescribed or a placebo control. Neither patient nor homeopath would know which the patient got.

Homeopathy was humbug in 1842. It’s still humbug today. That’s a diagnosis you can prescribe to everyone.

skull of a Carnotaurus

By popular demand, we have enough sign-ups to run an identical trip on Sunday, February 1, 2009. Hurry — this trip is filling up fast!

Sorry! Both the January 31 and the February 1 San Andreas Fault Tours are now sold out.