with Robert Wright, author of  Nonzero and  The Moral Animal
at Baxter Lecture Hall, Caltech (map) 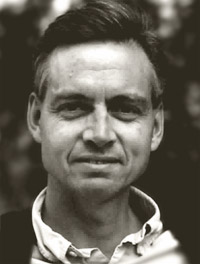 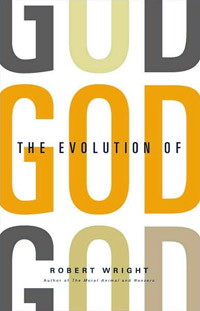 In this sweeping story that takes us from the Stone Age to the Information Age, bestselling author Robert Wright unveils an astonishing discovery: there is a hidden pattern that the great monotheistic faiths have followed as they have evolved. Through the prisms of archaeology, theology, and evolutionary psychology, Wright’s findings overturn basic assumptions about Judaism, Christianity, and Islam, and are sure to cause controversy. He explains why spirituality has a role today, and why science, contrary to conventional wisdom, affirms the validity of the religious quest. And this previously unrecognized evolutionary logic points not toward continued religious extremism, but future harmony.

Robert Wright introduced the world to evolutionary psychology through his wildly popular bestselling book The Moral Animal: Why We Are the Way We Are. His most controversial book, Nonzero: The Logic of Human Destiny, put forth the theory that human evolution and the history of civilization contain within them an inevitable trend toward more and more win-win nonzero game exchanges between people and groups that has led humans to dominate the planet. In his new book, The Evolution of God, Wright reveals his new theory about the power of globalization and cultural integration. DOWNLOAD lecture details

Do you work or go to school on a Southern California campus? VOLUNTEERS ARE NEEDED TO POST THE WRIGHT LECTURE FLYER ON YOUR CAMPUS!

Due to the short notice for this lecture we are unable to do a mailing. We are calling for volunteers to download the flyer for this lecture and post it on your campus so your colleagues do not miss the opportunity to attend this lecture by an outstanding author. DOWNLOAD the FLYER to POST

The Amazing Meeting 7
a conference on critical thinking

From the opening reception on Thursday night, to a live testing of a Million Dollar Challenge applicant on Sunday, TAM 7 will be a non-stop tour de force of critical thought. At TAM 7 you’ll hear great talks, participate in workshops to help you sharpen your skeptical skills, and hear how other people are promoting a rational world.

You’ll also see the usual dynamite roster of presenters such as JREF President and Bad Astronomer Phil Plait, paranormal investigator Joe Nickell, magician and mentalist Jamy Ian Swiss, and of course James Randi himself. Hal Bidlack will MC the conference. The JREF is also partnering with Dr. Steve Novella of The New England Skeptical Society to hold the Science-Based Medicine Conference, a one-day meeting about medicine, skepticism, and the need for critical thinking in the healthcare system.

But the best thing about TAM 7? It’s the community. You’ll be with hundreds of other people who prefer the world the way it really is: free from magical thinking, paranormal hucksters, irrationality, and antiscience.

Charles Darwin, Live and in Concert!

Our friend and fellow Darwinian Richard Milner, the singing Darwin scholar, will be performing around the country, including in New York, Boston, Chicago, and Los Angeles, and we encourage you to not miss this terrific show that celebrates Darwin’s 200th birthday. Milner is the author of The Encyclopedia of Evolution and the forthcoming Darwin’s Universe. He was an editor of Natural History magazine where he edited the essays of Stephen Jay Gould.

Are successful people primarily the beneficiaries of luck, timing and cultural legacy? What is the difference between Joe Six-Pack, Joe the Plumber and Joe Biden? One is vice president, and the other two are not. Why? The answer depends on a host of interactive variables that must be factored into any equation of success: genes, parents, siblings, peers, mentors, practice, drive, culture, timing, legacy and luck. The rub for the scientist is determining the percentage of influence of each variable and its interactions, which requires the use of sophisticated statistical models…