Think the best skepticism is the kind you can rock to? We’re pleased to offer you a unique collection of songs of science and skepticism — completely free!

Assembled by Junior Skeptic Editor Daniel Loxton, these free MP3s are available for download from Skeptic.com. All songs are G-rated (or close to it) and free for non-commercial personal or classroom use.

We’re immensely grateful to all of the artists who contributed songs for this project, from Jonathan Coulton, to Artichoke, to George Hrab, to Hard ‘n Phirm. Of special note, the offering from bluegrass trio Dirty Dishes was recorded especially for the Skeptics Society. Even more exciting is Coco Love Alcorn’s brand new song “Thinking Cap” — written specifically for the Skeptics Mix Tape 2009, and never available anywhere until today!

Also included are Public Service Announcements for use on radio or podcasts. We’ll be expanding this section soon, so check back often.

screenshot from the “The Jenny McCarthy Body Count” website

Though the celebrated and the famous have long used the glare of the spotlight to highlight personal causes, rarely has fame been used to such staggering effect as by Jenny McCarthy. Since 2007, this former Playboy model now turned autism activist has advocated for parents to stop vaccinating their children against deadly diseases.

This week on Skepticality, Swoopy talks with Derek Bartholomaus, creator of “The Jenny McCarthy Body Count” website. This chilling and controversial site utilizes data from the Centers for Disease Control (CDC) to keep a running tally of illnesses and deaths from vaccine preventable diseases — a sobering reminder of the human cost of anti-vaccination rhetoric.

On a lighter note, Derek & Swoopy also talk with Junior Skeptic Editor Daniel Loxton about the launch of the “Skeptics Mix Tape” project. This eclectic collection of songs of science and skepticism are available as free MP3s from Skeptic.com.

Darren Iammarino is a Ph.D. candidate in his final semester of coursework at Claremont Graduate University. His areas of specialization are comparative religious studies and philosophy of religion. Iammarino is currently working on his own constructive theology known as Cosmosyntheism, as well as publishing a novel self-cultivation system in a forthcoming book: The Compass Path. 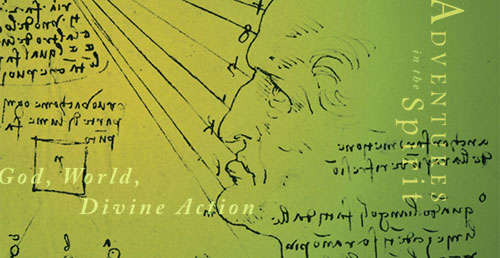 composite of details from Adventures in the Spirit cover

The Emergence of God

In his recent book, Adventures in the Spirit: God, World, and Divine Action, Philip Clayton presents a constructive theology that endeavors to reconcile insights from the sciences with the wisdom derived from two thousand years of Christian tradition. The task is daunting, but through a methodical and lucid point-by-point progression, Clayton succeeds in providing the reader with a truly novel way of understanding God and the God-world relationship for the 21st Century.

The book is separated into five sections: The Methods of Philosophy and Theology, Emergence, Panentheism, Divine Action, and the Theological Adventure Applied. Section one sets the stage by explaining the numerous challenges that theology faces today given the major advances in the fields of biology and physics. An informative discussion of the differences between religious truth and scientific truth, plus a succinct account of the contemporary religion-science debate comprises the remainder of the first section.

Section two shifts gears and moves into the field of evolutionary biology, in particular the current debate over emergent theories of evolution. Clayton explains that emergence, in contrast to scientific reductionism, is characterized by the fact that higher-order phenomena cannot be fully comprehended by merely applying the laws of lower-order disciplines. In other words, science isn’t or should not be, just about reducing life to the realm of physics and chemistry. Clayton further shows that emergence draws a healthy middle ground between reductionism on one end and dualist theories on the other end. Dualistic theories refuse to accept that certain phenomena, such as mind or spirit, can have any relation to a material substrate or lower type of order. The purpose of the lengthy discussion of emergence is to lead us to an understanding of mind and spirit which, according to emergence theories, require a new conceptual framework in order to be properly understood.

One possible conceptual framework for elucidating the nature and function of mind, spirit and God is put forth by Clayton in section three. The philosophical position known as panentheism or, all things within God, is employed to highlight the workings of mind and spirit. Clayton presents us with an extended and in-depth look at different versions of panentheism, ranging from German Idealists, to 20th century Process Theology thinkers. Clayton writes, “The strength of the panentheistic analogy is that it takes the highest level of emergence known to us and uses it as the model for the divine reality. The highest level we know is the level of human personhood” (131). The question for Clayton is did the universe require a transcendent Source or Ground for all that is, or is the universe merely in a natural, yet meaningless process of emergence from simplicity to complexity?

The concept of emergence seems to point in the direction of a “deising” universe evolving from extreme simplicity, but Clayton argues that the logic of emergence need not be taken in this nearly atheistic way. Clayton believes that the universe requires a transcendent agent to act as the Ground and initiator of the process of emergence. It is at this point that two traditional, yet confusing, doctrines of the Christian faith are invoked: Trinity and kenosis. First, the inner-trinitarian relations represent a divine community. This is important for Clayton, because the interactions within the immanent Trinity provide a crucial metaphor for comprehending the God-World relationship. Unlike classical trinitarian doctrine, trinitarian panentheism suggests that the created world is within God and is therefore, a key contributor and participant within the divine (173).

Kenosis or self-emptying is central to the author’s vision because it explains how the process of creation began, while simultaneously affirming the centrality of God as love. Frequent biblical references are made for support of kenosis, in the sense of overflowing goodness and self-giving, or self-emptying, such as Phil 2:5–9:

5 Let this mind be in you, which was also in Christ Jesus:

6 Who, being in the form of God, thought it not robbery to be equal with God:

7 But made himself of no reputation, and took upon him the form of a servant, and was made in the likeness of men:

8 And being found in fashion as a man, he humbled himself, and became obedient unto death, even the death of the cross.

9 Wherefore God also hath highly exalted him, and given him a name which is above every name. 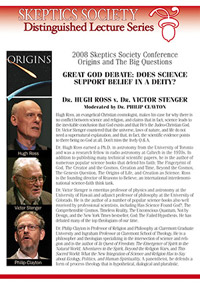 It was this kenosis that allowed for the world to be created ex nihilo. However, immediately following the act of creation via God’s self-limitation of power, God’s experience from that moment onward evolves along with the world’s choices. At this point, Clayton is in agreement with Process Theology that God and the World interact via their dipolar natures. Nonetheless, God and the creatures of the world are quite different. “Human agents differ from the divine in their nature: finite, not infinite; existing contingently rather than existing in all possible worlds; sometimes placing their own limited interests above the divine rather than being by nature perfectly good” (180).

An explanation of divine action according to emergence follows and comprises the bulk of section four. Clayton suggests, in line with process thought, that God guides the process of evolution by providing possibilities and lures for further development, but does not coerce any creatures to make specific decisions. This creaturely freedom is due to God’s free self-limitation of power at the moment of creation. The book concludes with an appeal to Christians and scientists for the importance of “the many faces of integration” within a globalized world.

Summarizing the main points, we find that emergence implies theism, but not any form of classical Christianity. Both scientists and Christians must be willing to seek a new synthesis that does justice to the truths of both disciplines. One new way of conceiving God that overcomes problems in classical theology, such as the paradox of God being love, yet somehow wholly transcendent, immutable and separate, is to understand God panentheistically. Clayton suggests a biblical basis for panentheism, as in Acts 17:28: “For in him we live and move and have our being.” As for the scientist, emergence theories have shown that new levels require new explanations. The realm of the mind and spirit have been dealt with by theologians for millennia, so perhaps these religious insights may help to explain persistent ambiguities within strictly scientific understandings of evolution and emergence.

The first eight chapters of Dr. Clayton’s book are a lucid explanation of the science of emergence and complexity. The following three chapters, transition to Dr. Clayton’s own constructive theology, which incorporates the concepts introduced throughout the first part of the book. However, Clayton’s “open kenotic panentheism” leaves one asking a few questions. The first problem hinges on what is known as the immanent Trinity, or the Trinity before the creation of the world. How can the Trinity, if it is already a much higher emergent level of reality, precede the quantum, chemical and biological levels? This seems to go against the whole argument for emergent complexity proposed in the previous chapters.

The other major points of confusion from chapter 9 revolve around the notions of genuine otherness in the world and the problems of evil and freedom. The doctrine of kenosis or self-emptying means that God is the ground of all that is and this leaves Clayton’s system open to the standard criticisms from neo-atheists. Ultimately, it is challenging to understand how Clayton’s conception of God can be exonerated from culpability for the many evils present in the world. One can also object that if God emptied him or herself of power in order to create other beings, then in theory, why can’t God decide to reverse this decision some day? This is a problem for genuine freedom and for the apparent reality that there are genuine others co-existing within this world. In other words, how are the “other subjects genuine others to Godself” if God is the Source of all (156)? 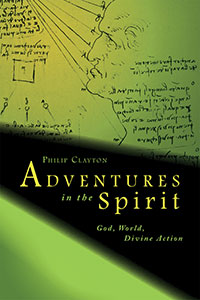 Chapter 10 presents the reader with two further paradoxes. If the Ground within God is not conscious (170), how can God make primordial selections? Also, one learns that, “God could have existed with no less perfection without us” (173). It is bizarre to imagine that God would have created a world, if God gained nothing from it. For process thought, which Clayton is attempting to incorporate, God lacks experiential knowledge, but gains this experience through a reciprocal interaction with the world. The final problem, which is revealed in chapter 11, is how to make sense of the functions of the members of a Trinity before creation. The roles of the Son and the Holy Spirit do not seem to make any sense if there is not already a world with which God interacts.

Who Was Punked? The Skeptics or the Psychics?

In this week’s SkepticBlog, Michael Shermer blogs about his experience getting punked while testing psychics for a Showtime series called “Versus.”