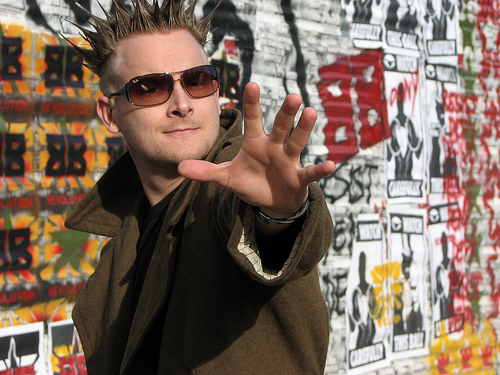 “Don’t try this at home! …This trick just might kill you! … Fool your friends, amaze your family and scam your way to free drinks!”

This week Derek & Swoopy talk with Brian about his work. Digging into the biggest scam of all, they reveal that Brian Brushwood is the epitome of the modern skeptic. Beneath the bar room bravado lurks the mind of well-studied, articulate critical thinker.

In this week’s eSkeptic, Robert Richard responds to Daniel Gasman’s review of The Tragic Sense of Life which ran in eSkeptic (June 10th, 2009). Robert J. Richards is a Morris Fishbein Professor of the History of Science at the University of Chicago. 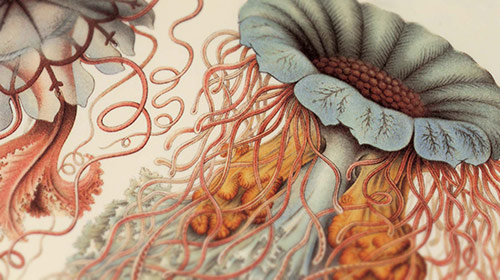 The Tragic Sense of Life (detail of cover)

In the June 10, 2009 posting of eSkeptic, Daniel Gasman issued a hyperbolically misleading review of my book The Tragic Sense of Life: Ernst Haeckel and the Struggle over Evolutionary Thought (University of Chicago Press, 2008). I won’t attempt to correct all of his mischaracterizations here; I hope at least a few readers will actually take up my book and judge for themselves. Others might care to read some of the many other reviews of the book, which have been published in such journals as The Times Literary Supplement (July 5, 2008), Cell (Dec. 12, 2008), History and Philosophy of the Life Sciences (winter, 2008), American Scientist (Jan.–Feb., 2009), and Science (Feb. 27, 2009). These and other reviews can be found on my website. Here I will simply make an observation about one representation in his review to give a sense of the quality of his judgment, and then I will summarize my history with Mr. Gasman. I hope this brief response will suggest to readers that they might, as is appropriate to this forum, cultivate a bit of skepticism concerning his essay.

In his review, Mr. Gasman sidebars a phrase of mine and renders an interpretation: “Scholars who denigrate Haeckel compared to Darwin are ‘miscreant historians.’ — Robert J. Richards.” This is not merely quoted out of context; it’s quoted out of this world, at least a world that might be alive to irony. The phrase is ripped from a blurb I wrote for another book on Haeckel by Sander Gliboff, whom Mr. Gasman holds in like regard to me. Had he quoted the last two sentences of the blurb, readers might have been aware of the irony of the phrase. Those lines are:

He [Gliboff] thereby dexterously measures Haeckel up to Darwin’s own standards, despite the assumptions of miscreant historians to the contrary. In his renovative account of H. G. Bronn, Darwin’s translator, and his vigorous defense of Haeckel, Gliboff flashes his vorpal blade at scholars of stature and of craft, charging his book with the excitement of competitive history. 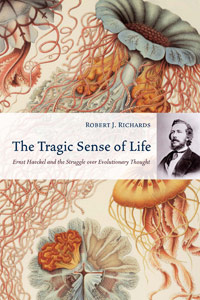 Those who actually read Gliboff’s book would also be aware that the chief “miscreant” I refer to is myself, since Gliboff thinks that I get both Darwin and Haeckel wrong. That last sentence of the blurb should have assured Mr. Gasman that I was not referring to him. A bit of history of Mr. Gasman’s interactions with me will suggest why I estimate him in the way I do.

A few years ago, I wrote an article for the journal Biological Theory (vol. 2, no. 1, 2007) on Ernst Haeckel’s alleged anti-Semitism. The article was a preview of my book, which had yet to appear. In the article I claimed that while Haeckel was, by our modern lights, a racist — though hardly different in that respect from virtually all other biologists and anthropologists of the 19th century — he was not, as had been supposed, a virulent anti-Semite. I provide evidence that if anything, he should be presumed a philo-Semite, which is how both friends and enemies so regarded him. I also gave a brief account of Haeckel’s fate at the hands of the Nazis, some of whom associated his biology with theirs, while others — Nazi officials — condemned his work and banned his books. I indicated that I believed Gasman, in his book of 40 years ago, was simply mistaken about Haeckel’s attitude toward Jews and how the Nazis used his beliefs, as were Stephen Jay Gould, who adopted Gasman’s perspective in Ontogeny and Phylogeny (1977), and Richard Weikart, in his revealingly titled book From Darwin to Hitler (2004). In response to my article, Mr. Gasman sent a long, acrimonious essay — hardly as “subdued” as his current posting — to Biological Theory and demanded it be published. The editor and his board refused, though they agreed to publish a letter. Mr. Gasman rejected that option and instead wrote a letter attacking me personally to the publisher of the journal, a university press. Subsequently, Mr. Gasma has written other university presses that have published my books and articles; his letter to the University of Chicago Press, which published my current book, sought to have me “investigated.” It was, of course, naïve of him to believe those publishers would not inform me about his quite personal attacks.

Check out Shop Skeptic’s $5 CLEARANCE SALE. We’ve got several books, booklets and audiobooks for only $5 each (some on sale and some that are just that cheap all the time!). Quantities are very limited in some cases.
SHOP while supplies last!

Aside from these assaults on my integrity sent to academic institutions, Mr. Gasman has, on another, independently sponsored website, uploaded three comparably egregious replies to my work, as well as three separate, vitriolic reviews of my book, ranging in length from 9 to 39 pages. The review in eSkeptic was essentially a duplicate of that third one spilling from his computer.

Now given this history, I would think terms like “unhinged” might spring to the mind of a moderately wary reader. But again, the best test of the validity of Mr. Gasman’s charges would be to examine my book — sample chapters of which can be found on my website and on the website of University of Chicago Press.

With a sea of information coming at us from all directions, how do we sift out the misinformation and bogus claims, and get to the truth? Shermer lays out a “Baloney Detection Kit” — ten questions we should ask when encountering a claim. 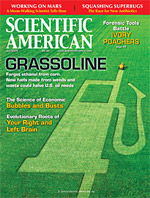 We are proud to announce that Michael Shermer’s monthly Scientific American column has now reached 100 consecutive months in the July issue, now available on newsstands and online at michaelshermer.com. The editors were generous in giving Shermer an extra page for his reflective essay, “I Want to Believe,” about what he has learned about science and skepticism since starting the column back in April, 2001. Shermer aims to break Stephen Jay Gould’s record of 300 consecutive columns (in Natural History magazine) when he writes his May, 2026 column (assuming he doesn’t crash on his bike too many times between now and then)!

Shermer Visits the 2nd Coolest Observatory
in the World (in Chile)