a Chapter from Denying History 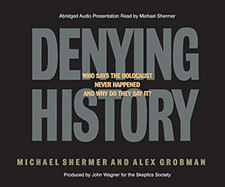 In Denying History, Dr. Michael Shermer takes on the darkest subject of his career — Holocaust denial — and exposes it for the pseudohistory that it is. In this free audio download from the first chapter, Dr. Shermer recounts how he and his co-author, Dr. Alex Grobman, went to visit Canadian Holocaust denier Ernst Zundel, which subsequently took them on a journey that included Auschwitz, Majdanek, Mathausen, Treblinka, Sobibor, and the killing machinery of the Third Reich. Shermer then discusses the free speech issues and why Holocaust denial is primarily an American phenomenon (where it is not illegal as in most other countries), and what it is that Holocaust deniers are denying. He then closes with a dramatic reading from the Scopes Monkey Trial, quoting Clarence Darrow on the importance of freedom of speech, even and especially for points of view that we find distasteful.
DOWNLOAD the sample MP3 (21MB)

In this week’s eSkeptic, Michael E. O’Reilly reviews Annals of Gullibility: Why We Get Duped and How to Avoid it by Stephen Greenspan. Mike O’Reilly is a writer and business owner living in Salt Lake City. Originally from the Detroit area, he moved west in 2004 with his wife to attend the University of Utah, where he earned his masters degree in poetry. His first book, Mysteries and Legends of Utah, was published by Globe Pequot Press, in April. He is currently writing a book about hunting ethics, animal rights, and environmentalism.

If you skim through the online reviews of Stephen Greenspan’s book on gullibility you will find many people eager to pounce on Greenspan for his being swindled by Bernie Madoff (which he discusses in his Skeptic article in Vol. 14, No. 4 and in eSkeptic), proclaiming that there’s no way they’d take advice about gullibility from a person so gullible. Of course, the fact that a psychology professor who specializes in gullibility has fallen for a major scam is the very reason one should read his book. 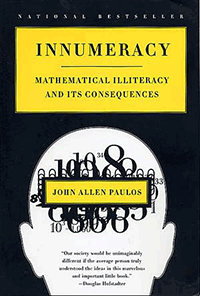 The book that coined the word innumeracy, exposed math ignorance in popular culture and journalism, and changed the way math is taught.
ORDER the book

Early on, Greenspan lays out his model describing gullible actions as those that arise from the combination of at least two of the following four elements: personality, cognitive style, the state of a person, and the situation a person finds him or herself in. The first and last two chapters deal with the psychology of gullibility, and include an interesting set of examples of gullibility found in the Bible and in various children’s stories. The middle chapters are basically a series of short case studies, each exploring gullibility in religion, anti-semitism, war and politics, conspiracy theories, criminal justice, science and academia, finance, and vulnerable populations, including the very old, very young, and brain damaged people.

Greenspan offers an even-handed analysis of gullibility on just about every topic he tackles. But after presenting good examples of gullibility on the political right (Reagan’s popularity, and the “strong father” metaphor), he attempts to balance it with what I think is a bad example of gullibility on the political left. In a backbreaking, half-century stretch back in time, he criticizes left-leaning America for disregarding the brutality of communism, and for continuing to idealize the principles that brought about ultimate failure of the Soviet Union. But why choose this example when there are so many contemporary examples to choose from, any of which would resonate better with current conceptions of liberalism? For example, why didn’t Greenspan criticize liberals for falling—hook-line-and-sinker—for some of the blatantly disingenuous “greenwashing” campaigns launched by the slick marketing departments of huge corporations? Example: The colorful new British Petroleum TV commercials claiming that the new “BP” stands for “Beyond Petroleum.” Beyond my ass! Or, why doesn’t Greenspan call vegetarians gullible for believing that their soy products—trucked in from half-a-world away—are somehow more environmentally and morally defensible or (comfort word of the day) “sustainable,” than good ol’ steak and potatoes? How about a chapter called Gullibly Sustainable?

I was hoping to find analyses of more exciting topics like multilevel marketing scams (although he does go over Ponzi schemes), Native American shamanism, Mormons, modern urban and cultural legends like the fact that so many people believe AIDS has been cured, or that the CIA introduced crack cocaine into the inner cities to keep black folks down. And once I discovered that Greenspan has a brother with an autistic spectrum disorder, I anticipated a chapter about the whole autism/vaccination debate, but it never came. The only time he came close to addressing anything related to Asperger’s or autism, was when he discussed the case of Sheila McGough, a lawyer who “may have had a form of cognitive impairment known as nonverbal learning disabilities (NLD).” I thought McGough’s story, about her being conned by a client who happened to be a persuasive sociopath, was a poor example for Greenspan to use in his section about the gullibility of lawyers. McGough was someone suffering from NLD who happened to be a lawyer, not an example of a typical lawyer, and most readers would expect her to get scammed, especially by a guy who has successfully scammed normal functioning people. More interesting is how lawyers in general can be gullible (e.g, junk science in the courtroom). 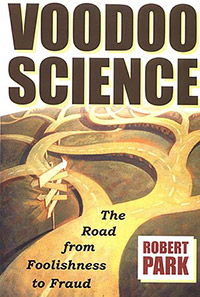 One of the most interesting tidbits I took from this book involves a common misconception about degrees of trust among people. Conventional wisdom holds that those who are reluctant to trust others (low trust), have somehow been “burned” in the past, while people with high trust are more gullible, and have likely been sheltered, and/or never been betrayed. For Greenspan though, one’s concern about failure and betrayal is positioned a priori, rather than as the result of actual betrayals. “[P]eople low in trust, because of their fear of betrayal, avoid many interactions, thus limiting both their opportunity to learn as well as their opportunity to succeed.” Thus, if a person has little social experience and is not open to either taking the slightest emotional risk, or discovering new things about various topics, i.e. they are not curious, the person (who might be gullible, but also unsure about whom to distrust) most likely will not have put himself in many situations where he could have been burned, in the first place. Specifically, trust levels are determined by our “social intelligence.”

In contrast to those with low trust, Greenspan says, “People with adequate social intelligence are more able to pick up on cues indicating when to distrust someone … and thus are more likely to base their withdrawal of trust based on evidence rather than on a global overgeneralization that nobody is to be trusted.” If the low trusting person has been burned, it is generally at no higher a rate than those who have high trust. The difference is that when the high trust people get burned, they do so not out of gullibility, but because their higher social intelligence allows them to put themselves at greater risk, more often. The study of social intelligence is still a growing, mutating, and imperfect science as applied to this book, “the first of several” that Greenspan hopes “will contribute to the development of an interdisciplinary field of Gullibility Studies.”

Greenspan freely admits that part of his interest in studying gullibility stems from the fact that he is gullible. It’s implied that, given the right circumstances, everyone is gullible to some extent, which is what’s so problematic about Greenspan’s four-part list of ingredients for gullibility. It is very difficult to ascertain which elements are at work, or deficient, and to what degree. The result is that the reader becomes confused as to exactly why Greenspan is blaming one person’s gullibility on a certain cognitive misfire, or trait, while attributing another’s gullibility to some different psychological or situational phenomenon.

In his Scientific American column for August 2009, Michael asserts that the anti-Stratfordian skeptics need more evidence to prove that Shakespeare couldn’t have written Shakespeare.
• READ the column •

Michael debates “miracles” with Pastor and apologist Adrian Holloway on Premier Christian Radio in the UK. • LISTEN to the debate •