In this week’s eSkeptic, Dr Harriet Hall, MD, (aka the Skepdoc) reviews Render Unto Darwin: Philosophical Aspects of the Christian Right’s Crusade against Science, by James H. Fetzer. 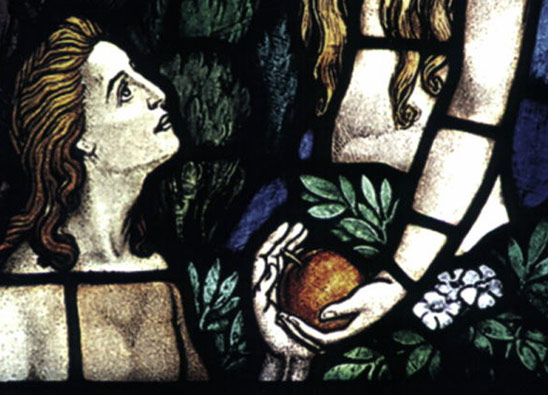 Render Unto Darwin (detail of cover)

This book starts out well but ends badly. It is an awkward compilation of three different subjects: evolution science, morality, and politics. The science is well done. Fetzer begins by explaining the difference between science and religion, the difference between testable, modifiable hypotheses and untestable, rigid beliefs. He explains evolution and shows why it is not in conflict with religion but only with limited fundamentalist interpretations of religion. He shows why “intelligent design” is not science. So far, so good.

He evaluates eight different theories of morality: subjectivism, family values, religious ethics, cultural relativism, ethical egoism, limited utilitarianism, classic utilitarianism, and a deontological theory according to which an action is right when it involves respecting others and treating them as ends, never merely as means. Deontology holds that some acts are intrinsically immoral in themselves, regardless of their consequences. Immanuel Kant’s categorical imperative is an example of deontological ethics.

He asks if there are criteria of adequacy that might be employed to evaluate moral theories akin to those of inference to the best explanation for empirical theories. Then he pulls three criteria of adequacy out of his hat. For instance, the first criterion is that an acceptable theory must not reduce to the corrupt principle that might makes right. I agree that might doesn’t make right, but a philosopher should know that he can’t just declare something like this without showing arguments to justify it. This criterion amounts to an assumption that one of the possible theories it is intended to evaluate is a priori wrong.

Are the so called “gaps’ in the fossil record an embarrassment to evolutionists as creationists claim? Are controversies between evolutionists cracks in the foundation of the theory of evolution? In this lecture the nationally known and highly respected paleontologist Dr. Donald Prothero will explain the fossil record and refute the creationist’s argument of “show us just one transitional form” by providing the audience with countless examples of evolution in action in the fossil record. This lecture is Dr. Donald Prothero’s rebuttal of Duane T. Gish’s Evolution? The Fossils Say NO! Read more…
ORDER the lecture on DVD

He concludes that the deontological theory of morality is the only justifiable one. Then he uses that theory to show that the Christian Right’s position on issues like abortion is immoral. His purpose is to criticize one small branch of religion, not to evaluate the moralities of all world religions.

I found Michael Shermer’s scientific approach to morality far more satisfying. In his book The Science of Good and Evil he suggests that an innate moral sense evolved in humans because it offered a survival advantage. We instinctively feel that certain things like murder are wrong; then we try to justify our feelings by reasoning about moral theories. While there is no “absolute morality” there is a transcendent morality, a joint endeavor of humanity that elevates our moral instincts into a greater project. He offers a modified Golden Rule: don’t just do unto others as you would want to be done unto, but do unto others as they would want you to do unto them. He has a pyramid of morality showing that we become more moral as we extend our moral sphere to include larger groups, from individual to family to strangers to society to biosphere.

The last part of Fetzer’s book was a big disappointment to me. He descends into a diatribe against the Bush administration, big corporations, and other alleged demons. He sees an alliance between “the rich” and religious fundamentalism that is turning America into a fascist state with the goal of world domination. What started out as an objective look at science, evolution, and religion is corrupted into a platform to express personal political opinions. I found this an offensive intrusion that I could not have expected from the title and subtitle of the book.

Science can do much to inform political decisions. We should base public policy on scientific knowledge, not on religious beliefs. We should indeed “render unto Darwin” the respect that science deserves. Fetzer might have written a very valuable book to further that goal. He didn’t. 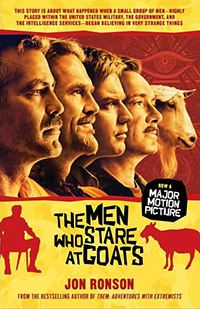 The Man Behind
The Men Who Stare at Goats

One of the refrains of skepticism is that reality is often more amazing than fiction. This is most assuredly true of the stories reported by investigative journalist, filmmaker and author Jon Ronson, who has delved time and again into the worlds of conspiracy theorists and extremists.

This week on Skepticality, Swoopy talks with Jon Ronson about his experiences bonding with skeptics at the recent Amazing Meeting London conference, his bizarre cruise (and rare interview) with Sylvia Browne, and his 2004 autobiographical book The Men Who Stare at Goats (which will be released this November as a feature film starring Ewan McGregor and George Clooney). 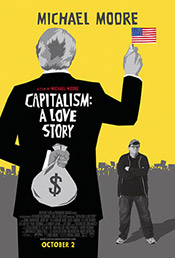 In this latest installment in his continuing series of what’s wrong with America, Michael Moore takes aim at his biggest target to date, and the result is a disaster … the film’s central thesis is so bad that it’s not even wrong.

What Children’s Minds Tell Us About Truth, Love, and the Meaning of Life

Leading child psychologist and philosopher Alison Gopnik examines children’s imaginations, their consciousness, and their ideas about love and morality, and finds that the way they play, pretend, and explore are actually part of the most profound and fundamental aspects of human nature. It is through play and imagination that children solve problems of morality, learn about the world around them, and create bonds with other people. Dr. Gopnik, a professor of psychology at the University of California at Berkeley, is the author of The Scientist in the Crib.

Barbara Ehrenreich will be speaking on Sunday, November 15, 2009 after Richard Milner’s performance

A special guest performance by Richard Milner has been added before Barbara Ehrenreich’s lecture on November 15th.

Richard Milner, the historian of science and author of the critically acclaimed new book “Darwin’s Universe,” but better known as the “singing Darwin,” will be performing a couple of songs from his hit show “Charles Darwin: Live and in Concert,” as a special tribute to the 200th anniversary of Darwin’s birth and the 150th anniversary of the publication of “On the Origin of Species.” Milner’s performance will precede Barbara Ehrenreich’s lecture.