CALL FOR VOLUNTEERS…
Do you go to school in Southern California?
We need you to post flyers on your campus.

Author of the Pulitzer-prize winning Guns, Germs, and Steel and the bestselling work in environmental history Collapse, Jared Diamond reveals for the first time his methodology in the applied use of natural experiments and the comparative method. Order your tickets in advance through the Caltech ticket office at 626-395-4652. Do not leave a voice message. Instead call the ticket office between 12:00 and 5:00 Monday through Friday. READ MORE…

P.J. Rooks is a freelance writer and researcher in Overland Park, Kansas and, in addition to Skeptic, has been published by The Best Times, The Kansas City Star and best-childrens-books.com. She makes her online home at www.pjrooks.com.

Be sure to also check out Michael Shermer’s review of the Levitt and Dubner’s previous New York Times best-seller Freakonomics in eSkeptic for May 19, 2005. 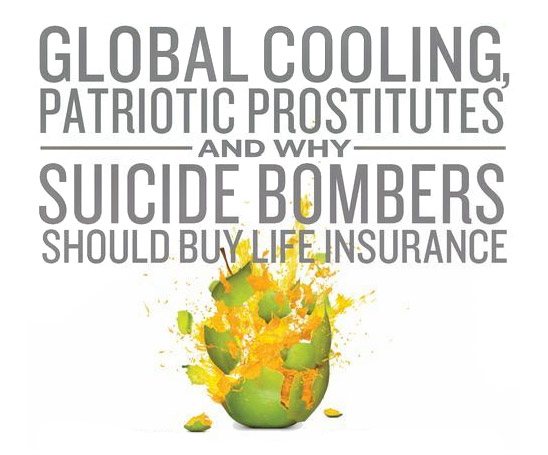 A Review of SuperFreakonomics

MAYBE YOUR DOCTOR IS THE SORT THAT ALWAYS MAKES A BIG PRODUCTION of washing his hands. Sweeping into the examining room, the busy guy makes a beeline for the sink. He scrupulously scrubs. He diligently dries. He even turns the faucet off with a paper towel. Then, turning to face you, he straightens his tie, opens your chart and asks, “Now, what seems to be the problem?” But maybe that’s the question you should be putting to him — or more precisely, “What’s wrong with this picture?” While his hands are (or were) squeaky clean, he’s just dragged them across a splattered palette of germs collected from every patient he’s seen today, yesterday, or maybe even last week, and now — open up and say “aah” — those hands are headed straight for your unguarded mouth. Is your chart really that dirty? No, but doctors wearing ties, it seems, could be hazardous to your health.

Physicians ties as the carrier of germs is another one down for econo-rogues Steven Levitt and Stephen Dubner who, continuing in their mission to explore the hidden side of everything, are back from the huge success of their original best-seller, Freakonomics, with an upsized encore. SuperFreakonomics is another enlightening hodge-podge of skepticism, myth-busting, and counter-intuitive common sense.

What you think you know may not be so, according to Levitt and Dubner. Take Kitty Genovese, for example. Stabbed to death in the courtyard of her New York apartment complex in 1964 while numerous neighbors looked on from their windows, she screamed for help repeatedly during the 35-minute attack and not one of them called the police. Involuntarily martyred to the future of Sociology 101 discussion sessions, college students across the nation have spent the last four decades analyzing why Ms. Genovese had it in her stars to become such an icon of “bystandar apathy.” However, as Levitt and Dubner suggest, perhaps this torrent of brainpower would have been better spent analyzing the police records instead. Almost immediately vaulted to urban legend status, one rather important point seems to have gone missing from the popular recollection of the Genovese case — the police were called. And while they may have botched the response, they aced the cover-up.

So you see, people aren’t so bad after all. Or are they? Levitt and Dubner impart a brief history of how some researchers have moved beyond the psychologist’s couch to study human nature. Lab games like Ultimatum and Dictator that test whether people are basically generous or self-serving, carry wide social appeal but have shown wavering results. Early experimenters found that, given a 20-dollar bill and the option to share (or not) with a stranger, most people chose to spread the wealth around a little (roughly, a 60/40 or 70/30 split is common). A slight rule change in later experiments, however, found people instead taking money from their peers. What to make of all this? The tie-breaker came when another researcher noticed that his subjects’ behavior seemed to be affected by the mere fact that they were being watched. The reality isn’t quite so terribly glum, however. In a later experiment, those who worked for their 20 bucks, for the most part, neither shared nor stole but respected the property of their unknown neighbors.

Doctors’ ties, scandalous homicides, selfishness vs. fairness — what does any of this have to do with economics? Economists and others saddled with the task of quantifying the real world have moved beyond the crusty confines of spreadsheets and statistical formulas and into a murky subterrain of lost truths, missed data, unexpected outcomes, and most importantly, human incentives. Forget about supply and demand, wages and market forces. “Human behavior is influenced by a dazzlingly complex set of incentives, social norms, framing references, and the lessons gleaned from past experience — in a word, context,” Levitt and Dubner explain. “We act as we do because, given the choices and incentives at play in a particular circumstance, it seems most productive to act that way. This is also known as rational behavior, which is what economics is all about.”

SuperFreakonomics peeks into the fascinating intellectual journeys of economists, doctors, safety analysts, climatologists (and yes, even a hooker) who have challenged the wisdom of the status quo and emerged with bold insights that carry the power to transform society. Here are just a few of the unconventional conclusions from SuperFreakonomics:

Levitt and Dubner even have an inexpensive plan to save the planet from global warming … or is it cooling? But the best news yet is that the world and all its millions of moving parts have still not been completely explained. Having failed in their self-assigned though no-less-Herculean Freakonomics quest to explore (in 207 pages or less) the hidden side of everything, Levitt and Dubner are forced to “admit to lying in our previous book.” SuperFreakonomics is, as the title suggests, bigger and better than ever, and yet the authors warn that even after a second installment, there are still a few things that remain to be addressed. It may be a pie-in-the-sky goal, but readers and fans of these not-so-dismal scientists can hope that the pursuit of everything will continue to be a long and wordy chase.

Last week’s Skepticality featured Phil Plait, the Bad Astronomer, who told us about his decision to step down from his role as President of the James Randi Educational Foundation to take on an exciting new television opportunity.

In this episode, Derek catches up with the JREF’s incoming President, D.J. Grothe. Formerly host of the Point of Inquiry podcast at the Center for Inquiry, D.J. talks about his new role at the JREF and about his new podcast, For Good Reason.

What does the future hold for the JREF? D.J. describes new initiatives designed to sharpen the JREF’s focus on critical thinking outreach for the general public. 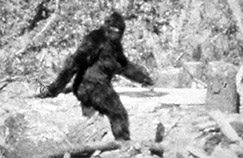 In this episode, the hosts of MonsterTalk talk with Greg Long, author of the 2004 book The Making of Bigfoot (which was reviewed at the time by Skeptic’s own Daniel Loxton).

Long’s book is built from hours of interviews with surviving contemporaries of Roger Patterson, the filmmaker who shot the influential Patterson-Gimlin footage. For many people, this film remains the best evidence that Bigfoot is real. However, Long’s research uncovered a side of Patterson most people had never heard of before — and it isn’t pretty.

According to Long, the famed Bigfoot film shows nothing more than a man in a modified gorilla suit. Moreover, Long may have found the man who wore it…

NEW ON SKEPTICBLOG.ORG
“Never Say Anything That Isn’t Correct”

Daniel Loxton argues that skeptics have a heavy heavy due diligence burden. People turn to skeptics for reliable information and science-based analysis. That is exactly what they should get. Just how does a skeptic handle this burden?