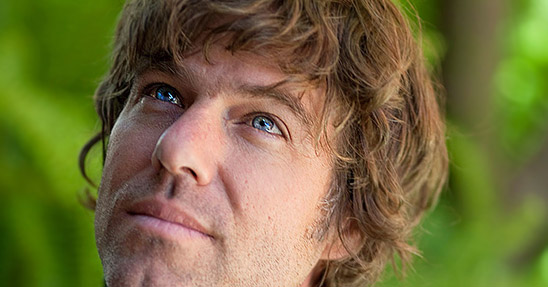 What happens when a creature thought to be extinct is spotted alive in the swamps of Arkansas? Can such a creature have survived? Can scientists verify the story? And when a town’s hopes and a school’s grant money are on the line, to what lengths will people go to find proof?

This week on MonsterTalk we discuss these issues with Scott Crocker, the documentary filmmaker behind Ghost Bird — a feature length exploration into the mystery of the Ivory-billed woodpecker.

NEW ON SKEPTICBLOG.ORG
Does the moon exist if there are
no sentient beings to look at it?

Michael Shermer debates this question with Deepak Chopra. Read Shermer’s post. Then, read Chopra’s response to Shermer on The Huffington Post. This blog debate follows from the debate Chopra and Shermer had at Caltech on March 14 on the question of “Does God Have a Future?” 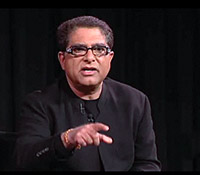 AN ABC NIGHTLINE DEBATE
Does God Have a Future?

Featuring Michael Shermer and Sam Harris on one side with Deepak Chopra and Jean Houston on the other side, this is a debate you absolutely won’t want to miss!

In this week’s eSkeptic, Dr. Jeremy E.C. Genovese examines an educational urban legend that suggests a willingness to accept assertions about instructional strategies without empirical support. This article appeared in a SOLD OUT issue of Skeptic magazine Volume 10 Number 4 (2004).

Dr. Genovese is an assistant professor of human development and educational psychology at the College of Education at Cleveland State University. He has a PhD in learning and development from Cleveland State University and a master’s in biological anthropology from Kent State University. His research interests include individual differences in learning and cognitive style and the application of evolutionary psychology to education. His paper “Piaget, Pedagogy, and Evolutionary Psychology” was published in the online journal Evolutionary Psychology. 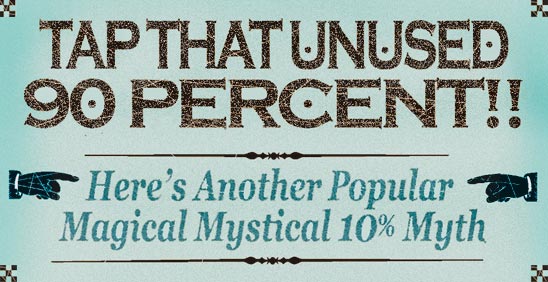 The Ten Percent Solution
Anatomy of an Education Myth

FOR MANY YEARS, VERSIONS OF A CLAIM that students remember “10% of what they read, 20% of what they hear, 30% of what they see, 50% of what they see and hear, and 90% of what they do” have been widely circulated among educators. The source of this claim, however, is unknown and its validity is questionable. It is an educational urban legend that suggests a willingness to accept assertions about instructional strategies without empirical support.

In a popular book on children with ADHD, the author makes the following claim:

According to statistics, students retain:

The claim is startling. Any instructional method that could deliver on a promise of 90% retention would revolutionize education. Moreover the claim is framed with impressive exactitude. The reader would like to know more but, alas, no source is given other than “statistics.” The figures are passed along like memes. A book on accelerated learning, for example, claims:

It has been said that on average, we remember:

But no source is acknowledged and no evidence is given. A slightly different version of the claim is presented in a recent issue of the Stanford Business Review: “Some research on learning indicates that we may retain only about 10% of what we read, maybe 20% of what we see and hear in a lecture, and perhaps 80% of what we experience personally. Learning may increase even more to the extent that we take what we have experienced, put it into our own words, and then explain it to others.”3 But just what is this research and who conducted it? On this point the article is silent. 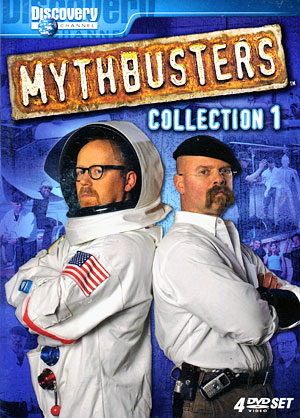 12 episodes from seasons two and three in one four-DVD boxed set. Bonus feature: “MythBusters Revealed” — a behind the scenes look that reveals all the gaffs, goofs and experiments gone awry that make up the filming of a typical MythBusters episode.
ORDER the 4-DVD set

An Internet search reveals dozens of versions of this claim. While they are all essentially similar, they often differ in the specific percentages they assign to the various instructional modalities. For example “20% of what they read” is far more common than “26% of what they read.” Some versions add the final claim that students retain “95% of what they teach to someone else.” What is the origin of this claim and why have educators accepted it uncritically?

To date, all efforts to locate the source of this claim have failed because all trails have led to dead ends. For example, a 1988 paper by Felder and Silverman repeats the claim and cites a 1987 paper by Stice as their source.4 The Stice paper in turn speaks of “some data from the old Socony-Vacuum Oil Company. (The source indicates the data are from the 1930s or 1940s, but I have no other information).”5

Bayard-White (1990) quotes the British Audio Visual Society, which claimed that we remember about:

The evidence for these statements is not given…”7

Thus Lee and Bowers cited Hapeshi and Jones, who in turn cited Bayard-White who, they acknowledge, had no evidence for the claim. An Internet search for the “British Audio Visual Society” yielded a total of 9 hits, all of them repeating the claim and citing this organization as its source. But no record of the existence of a British Audio Visual Society has been found. It appears that once a claim has been published subsequent authors do not bother much about the actual supporting evidence. 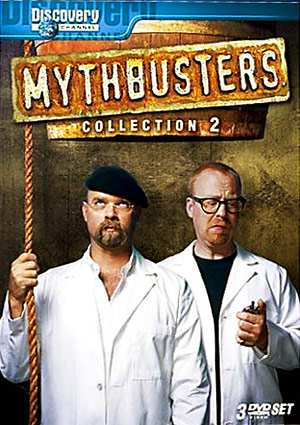 A third source frequently cited for the claim is Edgar Dale. In fact, many on-line versions label the claim “Dale’s Cone of Experience,” or “Dale’s Cone of Learning.” In his 1946 book, Audio Visual Methods in Teaching, Dale did present a concept called the “Cone of Experience.” described as “merely a visual aid to explain the interrelationship of the various types of audio-visual materials, as well as their individual positions in the learning process.”8 In the 1969 edition of Audio Visual Methods in Teaching Dale tells us:

In addition, we have suggested the narrowing upward shape of the Cone does not imply an increasing difficulty of learning. Both verbal and visual symbols are used by little children. Demonstrations may be complex and quite involved — much more so than a map (a visual symbol) of Alaska. The basis of the classification is not difficulty but degree of abstraction — the amount of immediate sensory participation that is involved. Thus, a still photograph of a tree is not more difficult to understand than the dramatization of Hamlet. It is simply in itself a less concrete teaching material than the dramatization.9

Dale’s Cone is really a classification of audiovisual material on a scale of abstractness and bears only slight resemblance to the claim. Indeed, it could be argued that Dale’s Cone presents a much more complex model that is trivialized when associated with the claim. All citations of Dale as the source of the claim are simply mistaken.

I was only able to locate one paper that explicitly tested the claim, the research by Lee and Bowers who found:

These results do not support White’s(sic) percentages for the contribution of the different components of multimedia (as quoted in Hapeshi & Jones, 1992). For example, audio did not have a larger impact on learning than text, nor did graphics and animation alone have a larger impact than audio (unless one is comparing “what we see” as text and graphics together. Actually, audio had much less of an impact and audio plus graphics and text plus graphics had an equivalent impact.10

Nor does the claim agree with other empirical studies of the relative effectiveness of various teaching techniques.11 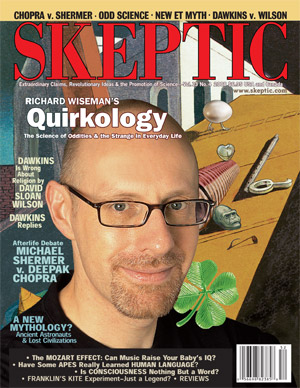 Quirkology: How We Discover the Big Truths in Small Things; A New Mythology: Ancient Astronauts, Lost Civilizations & the New Age Paradigm; The Myth of the Mozart Effect; Consciousness is Nothing but a Word; More…
ORDER the back issue

In his investigation of the myth that people use only 10% of their brains, Barry Beyerstein noted a similarity to urban legends because “attempts to verify them invariably lead to an infinite regress.” He also argued that there is a connection between numerology and the 10% brain myth: “I suspect that the lucky choice of the number 10 for the denominator in our fictitious fraction has served to enhance the attractiveness of the one-tenth myth. Among magical thinkers, numerology — the belief in the magical power of numbers — is rarely far from the surface, and 10 is a perennial favorite in this camp. Probably because nature equipped us with 10 fingers and 10 toes, our ancestors developed a primitive reverence for them.”12

Beyerstein goes on to give examples of how arbitrary increments of 10 are often given special significance such as the Ten Commandments, the 10 best dressed list, and the characterization of historical periods in terms of decades. The educational claim investigated in this paper is typically framed in increments of 10, and thus fits neatly into this pattern.

A recent paper by Simkin and Roychowdhury estimated that a large percentage of authors do not actually read the papers they cite.13 As worrisome as their findings are, the multiple iterations of the claim reveal an even more distressing pattern. Not only do people often fail to read the research they cite, they sometimes fail to see if the research was ever actually conducted!

Above all this suggests a staggering lack of curiosity and a willingness to accept findings that agree with superficial preconceptions. Perhaps the real world effects of the claim examined here are relatively benign. After all, who would quarrel with the idea that instructors need to use a variety of teaching techniques? But the larger implication is troubling. Instructional techniques affect real children, and educators have a responsibility to ground their practice in actual research, not unsupportable clichés.

The author wishes to thank Rob Waller of the Information Design Unit for his assistance.

UP NEXT: Physicist Dr. David GOODSTEIN 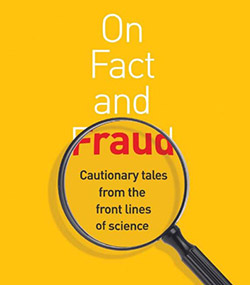 On Fact & Fraud:
Cautionary Tales from
the Front Lines of Science

FRAUD IN SCIENCE is not as easy to identify as one might think. When accusations of scientific misconduct occur, truth can often be elusive, and the cause of a scientist’s ethical misstep isn’t always clear. In his lecture based on his new book, On Fact and Fraud, Caltech physicist David Goodstein looks at actual cases in which fraud was committed or alleged, explaining what constitutes scientific misconduct and what doesn’t, and outlines some ethical foundations needed to discern and avoid fraud wherever it may arise. READ more…

Books by David Goodstein at Amazon.com