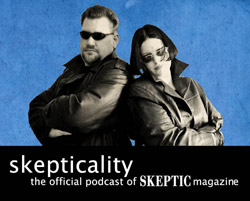 The concept of race continues to affect our world in undeniable ways. Sociologists tell us that people derive their attitudes about race from their family, culture, and education, with vast and persistent differences between the popular notions of race and the scientific view of human diversity. Even among scientists, who understand the current evidence, there is controversy about the definition of “race” — and about the usefulness of thinking in terms of race at all.

This week on Skepticality, Swoopy talks with Guy P. Harrison, a part-time science and history lecturer and journalist about his latest book Race and Reality: What Everyone Should Know About Our Biological Diversity. Harrison discusses scientific evidence that the human species has no races, and explores how that evidence could unite humankind.

In this week’s eSkeptic, Kenneth Grubbs reviews The Reason for God: Belief in an Age of Skepticism by Timothy Keller. Kenneth Grubbs is a long-time skeptic and freelance writer living with his family in Southeast Michigan. 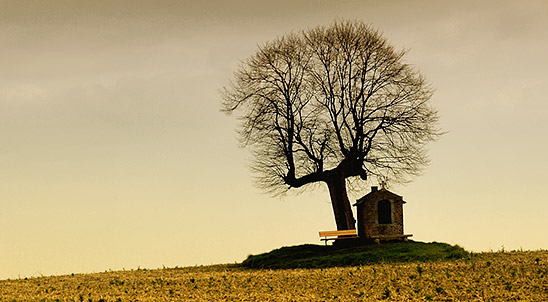 a book review by Kenneth Grubbs

DR. TIMOTHY KELLER is a highly regarded Presbyterian minister in New York City. Not surprisingly then, The Reason for God: Belief in an Age of Skepticism, draws considerably more from Christian doctrine than from philosophical pondering.

From the outset the Reverend makes a concerted effort to paint skepticism with the same brush he uses to justify his Christian beliefs — simply by defining them both as resting on the same premise of faith. He writes in his Introduction that, “All doubts, however skeptical and cynical they may seem, are really a set of alternate beliefs.” He asks the reader to accept the notion that belief in God is as equally valid as belief in skepticism since both positions rely equally on belief. The author also argues that turning to evolutionary psychology for explanations on the nature and origins of belief presupposes a belief in evolutionary psychology.

The book itself is divided into two parts. Part 1, The Leap of Doubt, addresses some of the most common “doubts” and “objections” that Keller has faced during the course of his career. Included are such questions as; “How could a good God allow suffering?”, and, “How could a loving God send people to Hell?” The other doubts to be considered and refuted include the literal inerrancy of the Bible, past historical injustices of the church, and science’s role in casting doubt on religion.

To understand how an omniscient and omnipotent God could or would permit needless pain and suffering in the world, the author suggests that, “Just because you can’t see or imagine a good reason why God might allow something to happen doesn’t mean that there can’t be one.” We should simply accept on faith that it is our limited capacity that prevents us from understanding God’s “reasons.” 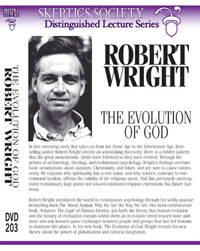 The Evolution of God
by Robert Wright

Through the prisms of archaeology, theology, and evolutionary psychology, Wright’s findings overturn basic assumptions about Judaism, Christianity, and Islam, and are sure to cause controversy. He explains why spirituality has a role today, and why science, contrary to conventional wisdom, affirms the validity of the religious quest…

ORDER the lecture on DVD

ORDER the book that this lecture is based on from Amazon.com

When considering the Bible’s clear acceptance of slavery, the author asks us to concede that the apparent conflict is also nothing more than our limited understanding, this time of “historical context.” He writes with authority that, “When the New Testament was written, there was not a great deal of difference between slaves and the average free person.” But condoning the acceptance of slavery by saying that everyone was oppressed hardly supports the notion that the opinions of biblical authors were divinely inspired higher morality.

On the literal inerrancy of the Bible, Keller espouses his conviction to the concept, and then qualifies his conviction. He reflects, “I think Genesis 1 has the earmarks of poetry and is therefore a “song” about the wonder and meaning of God’s creation.” In this well crafted model, the Bible remains inerrant insomuch as our definition is stretched to include its poetical value.

In a brief “Intermission” before moving on to Part 2 titled The Reasons for Faith, we are again cautioned about the vulnerable and shaky nature of skepticism. Keller restates that, “Underlying all doubts about Christianity are alternative beliefs, unprovable assumptions about the nature of things.” He continues that we should “not expect conclusive proof”, and that “reason alone won’t be enough.” With the bar now lowered to exclude evidence and reason, and with skepticism dismissed as an alternate belief, the author sets the tone for the second half of the book.

Part 2 is presented as a series of “clues”, and the reader is informed that these clues will “cumulatively” point to God.

The first of these clues is the “fine-tuning” of the universe, Paley’s watch, the Anthropic Principle, the inexplicably perfect nature of such things as the electromagnetic force, gravity, and the temperature that water freezes. That these precise features occur, and are required to support the existence of the universe is, most assuredly in the author’s mind, a profound reason for God. 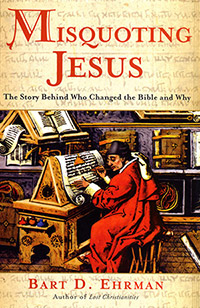 The story behind who changed the bible and why … An excellent introduction to modern bible scholarship by one of the world’s leading experts. Dr. Bart Ehrman explains how the New Testament texts have changed over the centuries and describes the methods scholars use to determine what has changed. Changes have occurred both through scribal errors and through deliberate alterations made for cultural and political purposes. While some of these changes are inconsequential, others have profoundly affected religious doctrine…
ORDER the hardcover book

Beauty itself points to God. Keller writes that, “in the presence of great art and beauty we inescapably feel that there is real meaning in life.” The double whammy here is that the door is now open for feelings to qualify as “clues”, and that “real meaning in life” implies the existence of God.

In addition, Keller states with clarity and conviction that the existence of moral imperatives also implies that God exists. He flatly states that “If there is no God, then there is no way to say any one action is ‘moral’ and another ‘immoral’.”

These “clues” eventually also include the “infinite sacrifice” of Jesus Christ’s death on the cross, and the “miracle of the resurrection.” Both of these events, according to the author, are clearly evidenced by eyewitnesses at the empty tomb, and further corroborated by other irrefutable eye witness accounts prior to Jesus’ ascension.

Reverend Keller also claims that the Christian God of Jesus Christ maintains a theological status superior to the other monotheistic Gods of our day, and goes on to explain the distinction. He writes that the other monotheistic faiths have founders who claimed to show the way to salvation, however “only Jesus claimed to be the way.” (Italics added). To Keller these semantics endow Christianity with superior sanction over Judaism and Islam; a bold assertion.

The remaining chapters, among other things, advocate for the redeeming value of a fierce and terrifying eternal hell, and the need for us to “submit” to our Lord. Keller writes, “He is our Creator, and for that fact alone we owe him everything.”

Timothy Keller’s, The Reason for God, though falling short of any expectations one might harbor based on the title, does serve us with distinction as an important offering of contemporary conservative Christian thought. The reader hoping for philosophically satisfying discourse on an Uncaused First Cause may find himself frustrated and sadly disappointed by the more narrow scope of Reverend Keller’s dogmatic perspective. Nevertheless, for anyone wishing to maintain an understanding of modern fundamentalist Christian doctrine, this work is a must read.

The Bible Against Itself
(hardback $10.98) by Randel Helms

If you open up the Bible and read it straight through, you will notice two things that should not be true if it had been written as a coherent whole and with a single purpose. First, the Bible is quite repetitious; second, the Bible frequently seems to contradict itself. Apologists have long tried to reconcile these contradictions. Helms chooses to understand the contradictions by looking at the cultural and historical factors that produced them.

In this brilliant and witty lecture, bestselling author Jonathan Kirsch recounts tales of violence, sex, and scandal in the Bible that have been historically suppressed by religious authorities, and discusses the meaning these tales may have had for the people who wrote them. A different view of the Bible than most people get.

Secret Origins of the Bible
(hardback $29.95) by Tim Callahan

Callahan uses ancient history, linguistics, archaeology, mythology, numismatics to reveal that all major stories in the Bible have historical antecedents that can be traced to very non-divinely produced works by other cultures. A must-read for anyone wishing to understand the Bible.

NEW ON SKEPTICBLOG.ORG
The Wooliness of Memory

In this week’s Skepticblog post, Daniel Loxton reminisces about his days as a shepherd to illustrate the the fallibility of memory. 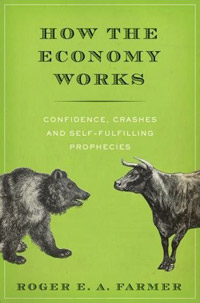 “OF ALL THE ECONOMIC BUBBLES that have been pricked,” the editors of The Economist recently observed, “few have burst more spectacularly than the reputation of economics itself.” Indeed, the financial crisis that crested in 2008 destroyed the credibility of the economic thinking that had guided policymakers for a generation. But what will take its place?
READ more about this lecture…