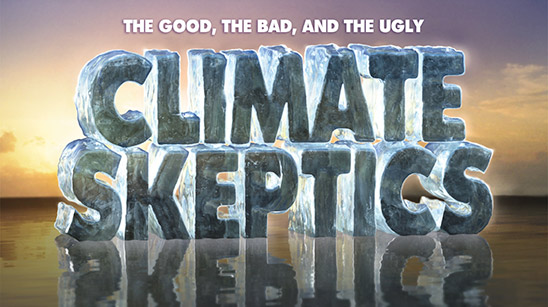 Get the Latest issue of Skeptic magazine

IN THIS ISSUE’S COVER STORY best-selling sci-fi author David Brin discusses the distinction between good and bad climate skepticism. Also, now that studies have shown that cell phones do not cause cancer, physicist Bernard Leikind explains exactly why they cannot. He compares the energy it takes to cause a biochemical change in a cell with the significantly weaker energy put out by cell phones.

Plus, in this issue, you’ll find: James Randi on Dowsing Rod Bomb Detectors • Daniel Loxton’s Top 10 Busted Myths in Junior Skeptic • Sex & Astrology • The $1 Million Dollar Challenge • What is Truth? Why We Disagree • The Nonreligious: The Stigma of Being an Atheist • The Growth of Religious Indifference • Health Hype: Are We Really Living Longer? • Do Cell Phones Cause Cancer? • SkepDoc on: Do Environmental Chemicals Destroy Male Fertility? • Boosting Your Immune System • Teaching Strategies: Magic in the Classroom • The Grinnell Experiment, and more…

In this week’s eSkeptic, Harriet Hall, M.D. (aka the SkepDoc) reviews The Book of Potentially Catastrophic Science: 50 Experiments for Daring Young Scientists by Sean Connelly.

Science in the Spirit of Mythbusters

by Harriet Hall, M.D., the Skepdoc

We skeptics spend a lot of time critiquing non-science and too little time promoting science itself. Science is awe-inspiring and fun, and any effort to communicate that to our children is worthwhile. A new book by Sean Connolly, The Book of Potentially Catastrophic Science: 50 Experiments for Daring Young Scientists, serves that goal well.

Connolly makes science sound like a great adventure: he explains how “mad” scientists have carried out potentially catastrophic experiments like jumping out of a balloon with only a few yards of silk to slow down the fall. Brave scientific pioneers stuck their necks out to make breakthrough discoveries that have vastly improved our lives and our understanding of how the world works.

He describes 34 of the greatest scientific breakthroughs, from stone age tools through Galileo, Newton, Jenner, Darwin, and Curie to the Large Hadron Collider. He tells their stories in an accessible, entertaining style, and he explains the scientific principles in simple terms illustrated by compelling examples. The book is intended for children ages 9 and up, but even adult scientists might enjoy reading it and might even learn a thing or two.

The best part is the experiments: 50 of them that kids can do at home to illustrate those principles. He makes them more exciting by rating them from one to four on a Catastrophic Meter Chart, with one representing “no risk of catastrophe” and four representing “high risk: involves use of fire, lot liquids, or hazardous substances. Adult supervision required.” Some of them are delightfully messy, like creating avalanches with sugar and flour, spilling water, and counting how many popcorn kernels pop out of an open pan per unit of time to demonstrate what radioactive half-life means. You can extract DNA in a kitchen experiment. You can measure the speed of light by melting marshmallows in the microwave oven. You can create a fossil. You can send a toy soldier aloft in a hot air trash bag balloon. You can build a soda bottle rocket. You can shock your tongue with a battery you make yourself from a stack of nickels and pennies.

Young fans of the Mythbusters should particularly love this book. Doing their own experiments is a step up from watching them on TV, and it might even be the first step towards a career in science.

If you love science and you’ve never run into Discovery Channel’s MythBusters you are in for a treat. Get 12 episodes from seasons two and three in one four-DVD boxed set. Bonus feature: “MythBusters Revealed” — a behind the scenes look that reveals all the gaffs, goofs and experiments gone awry that make up the filming of a typical MythBusters episode. Read more…

WE ARE PROUD TO SAY that the Junior Skeptic-based kids’ book Evolution: How We and All Living Things Came to Be continues to garner rave reviews from science media and educators alike.

Science News magazine reports that this “in-depth guide to life’s history gives clear answers to kids’ questions about evolution,” while the Sacramento Book Review praises its “respectful tone indicative of an intent to enlighten rather than inflame.” 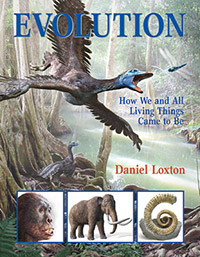 The National Center for Science Education offers a free PDF sample from Evolution, with Executive director Dr. Eugenie Scott’s endorsement: “I am just so delighted with this book! Loxton hits the key concepts perfectly, and without being stuffy about it.”

And, while Wired GeekDad crowns Evolution “the best overview of evolution for children of which I’m aware,” the greatest response comes from the Wired reviewer’s own child: “There’s no need to take my word for it: This review is a couple of weeks later than I’d hoped, because my 6-yr-old kept stealing it and carrying it around the house to study.”

NEW ON SKEPTICBLOG.ORG
Tony Blair’s Answer: The Force of Ideas Over the Force of Arms

At the Khosla Ventures summit at Cavello Point in Sausalito, California, Michael Shermer had the opportunity to ask Tony Blair how we can globally spread ideas such as liberal democracy, market capitalism, science, technology, and education without imposing them on other people.

NEW ON MICHAELSHERMER.ORG
When Ideas Have Sex

In the June issue of Scientific American, Dr. Michael Shermer explains how the free exchange between people of goods, services, and especially ideas increases prosperity and trust for everyone. 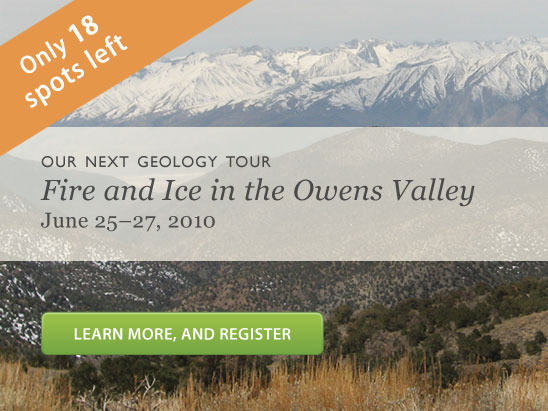 OUR NEXT LECTURER: paleontologist John Long 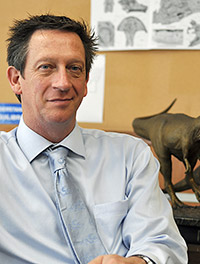