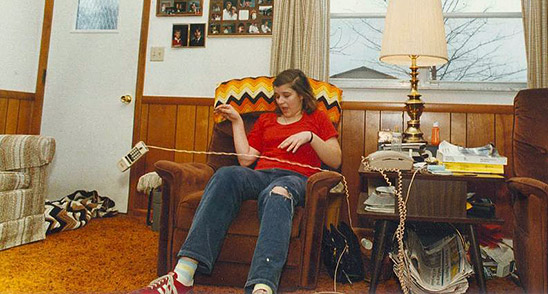 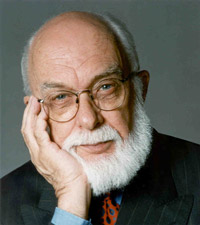 In 1984, objects began to fly around the room in the presence of a Columbus Ohio teen named Tina Resch. The local paper claimed this was a poltergeist attack, and published photos to prove it.

Tina’s story caught the attention of a young organization called the Committee for the Scientific Investigation of Claims of the Paranormal [CSICOP, now Committee for Skeptical Inquiry (CSI)] and its chief investigator, James “The Amazing” Randi. In this episode, Randi tells the MonsterTalk hosts about the outcome of this case — and shares his personal views about the unfortunate impact it may have had on Tina’s life. 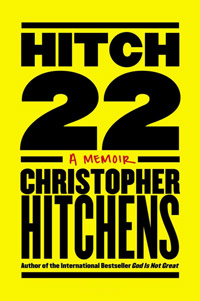 NEW ON SKEPTICBLOG.ORG
My Dinner (and Drinks) with Christopher (Hitchens that is)

In this week’s Skepticblog post, Michael Shermer shares his (admittedly limited) experiences of dining (and drinking) with one of the greatest literary masters and creative thinkers of our age.

In this week’s eSkeptic, James N. Gardner reviews The Flooded Earth: Our Future in a World Without Ice Caps, by Peter D. Ward. James N. Gardner is an Oregon attorney and the author, most recently, of The Intelligent Universe: AI, ET, and the Emerging Mind of the Cosmos. 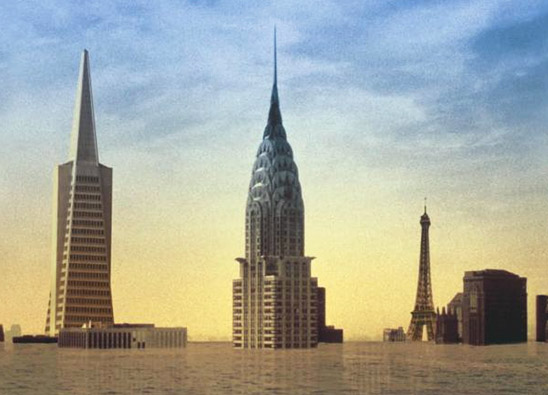 Waterworld
A review of The Flooded Earth:
Our Future in a World Without Ice Caps

IS ANTHROPOGENIC GLOBAL WARMING the cataclysmic threat that Al Gore and the United Nation’s Intergovernmental Panel on Climate Change proclaim it to be? Or do powerful natural forces like variable solar output, plate tectonics, and volcanic activity dwarf the climate impact of human-generated greenhouse gases?

That is the deep question that lurks beneath the surface of a fascinating new book — The Flooded Earth: Our Future in a World Without Ice Caps — by University of Washington scientist Peter D. Ward. Ward, co-author of the highly acclaimed Rare Earth: Why Complex Life Is Uncommon in the Universe, is at his best when he provides snapshots of the climate extremes our planet has experienced over the billions of years of its existence. Here is his description of ancient episodes of global warming that make the dire warnings of current climate prognosticators seem almost benign:

Long before humans were even a gleam in nature’s eye, the convergence of geological forces repeatedly caused the planet to heat up. Such events, however rare, hugely altered life and its evolution. The warming had resulted from enormous volumes of carbon dioxide that emanated from the flood basalts, creating atmospheric greenhouse conditions that quickly heated the planet to a point that the poles were nearly as warm as the equator, leading the normal winds and ocean currents to diminish and in some cases totally stop. A stilled ocean, eventually even on its surface regions, loses oxygen. The apparent result was a series of nasty events, such as oceanwide “dead zones” … where conditions of eutrophication — where a body of water first warms and then loses its oxygen as its enclosed life dies and then rots — have eliminated all the life-giving oxygen in the water.

If nature is capable of this level of environmental catastrophe on its own, just how much can we feeble humans really influence the future evolution of the vast, complex global climate system? The optimistic answer, favored by Ward, is that humankind is now firmly in the driver’s seat of climate change:

As I give talks around the country about a newly discovered phenomenon of the deep past greenhouse extinctions, people always ask about the relevance of these studies to the present and near future. That question is simple to answer, at least for me: what happened in the past can and will happen again if we continue to heat the planet at present rates.

Ward’s implication is that if we humans will only cease our global warming malefactions, the violent climatic oscillations he so colorfully documents — oscillations that predate by millions of years humanity’s evolutionary emergence on the savannahs of Africa — will be brought under tolerable control.

The pessimist would argue that the mountain of geological evidence assembled and expertly presented by Ward points to precisely the opposite conclusion — that what happened in the past can and will happen again regardless of what human beings do.

What seems incontrovertible from Ward’s compelling narrative is that, irrespective of the precise causal interplay of human-induced and natural factors, the Earth’s deep history offers ample evidence that the atmospheric conditions on this planet are likely to continue to fluctuate dramatically, with potentially dire consequences for the biosphere. From the mysterious Permian extinction 250 million years ago, in which 96% of all marine species went extinct, to the Cretaceous-Tertiary extinction event 65 million years which killed off the dinosaurs, the story of our planet’s long environmental history is a tale of repeated episodes of dramatic change that have threatened the very survival of complex life.

In the face of this overwhelming evidentiary record, only a cock-eyed optimist would contend that what is past is not prologue.

According to Brand, three profound transformations are under way on Earth: climate change, urbanization, and biotechnology. In light of these changes, Brand suggests that environmentalists are going to have to reverse some long held opinions and embrace tools that they have traditionally distrusted. Brand challenges myths and presents counterintuitive observations on why cities are actually greener than countryside, how nuclear power is the future of energy, and why genetic engineering is the key to crop and land management.
READ more…

Global Warming, Climate Change
and the Future of the Environment
(DVD $23.95 CD $15.95) with Dr. William Ruddiman

THE IMPACT ON CLIMATE from 200 years of industrial development is an everyday fact of life, but did humankind’s active involvement in climate change really begin with the industrial revolution, as commonly believed? Dr. William Ruddiman, a climate scientist at the University of Virginia in Charlottesville and the author of the controversial new book, Ploughs, Plagues, and Petroleum, argues that humans have actually been changing the climate for some 8,000 years… READ more…

SOMETIME THIS CENTURY THE DAY WILL ARRIVE when the human influence on the climate will overwhelm all other natural factors. Over the past decade, the world has seen the most powerful El Niño ever recorded, the most devastating hurricane in 200 years, the hottest European summer on record, and one of the worst storm seasons ever experienced in Florida. With one out of every five living things on this planet committed to extinction by the levels of greenhouse gases that will accumulate in the next few decades, we are reaching a global climatic tipping point. READ more…

Browse other lectures on global warming