Announcing the New Season
of Lectures at Caltech

MARK YOUR CALENDAR! The Skeptics Society is pleased to announce its new season of the Skeptics Distinguished Lecture Series at Caltech. This continues the seventeen-year-long series, presenting nearly 300 lectures by some of the most distinguished experts in the world. Unless otherwise stated, all lectures take place in Baxter Lecture Hall, Caltech, Pasadena, CA. Book signings will follow all lectures. First up… 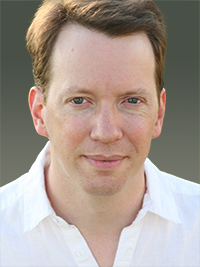 From Particles to People: The Laws of Nature and the Meaning of Life

HUMAN BEINGS DO NOT STAND OUTSIDE NATURE; we are a part of it. Ultimately we are made of particles, evolving and interacting according to the laws of physics. And we know what those laws are — the progress of modern science has reached a point where the laws underlying everyday life are completely understood. This understanding lets us draw strong conclusions about the milieu in which we live. There is no telekinesis, astrology, or life after death. What does this mean for our understanding of consciousness, free will, and the meaning of life? Taking the laws of nature seriously opens a vista of possibility, freeing us from outmoded ideas about what it means to be human. 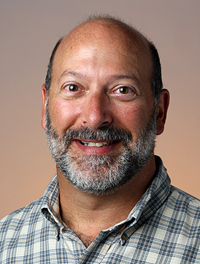 A Special Dual Event
1. How Old is the Universe?

IT’S ALL VERY WELL FOR ASTRONOMERS to say that the universe is 13.7 billion years old, but how do they know? Vanderbilt University astronomer David Weintraub explains it all for astronomy buffs in an enthusiastic way. He starts with how scientists first determined the age of the solar system — about 4.5 billion years — by isotope dating the oldest known rocks: lunar rocks brought back by astronauts, and meteorites that have collided with Earth. He then shows how stellar life cycles indicate an age of about 13 billion years. Refining that number requires measuring things we can’t even see, such as dark energy and dark matter. Weintraub explains various dating approaches and illustrates the work of astronomers to find the answer to one of the most basic questions about our universe. Order the book on which this lecture is based from Amazon.com. 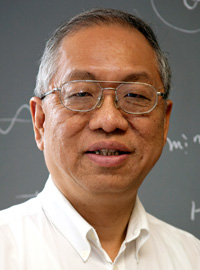 2. The Shape of Inner Space: String Theory and the Geometry of the Universe’s Hidden Dimensions

String theory describes one of the smallest things you can possibly imagine — six-dimensional geometric spaces that may be more than a trillion times smaller than an electron — that could be one of the defining features of our universe. Dr. Yau tells the story of those spaces, which physicists have dubbed “Calabi-Yau manifolds,” and how Dr. Yau managed to prove the existence, mathematically, of those spaces, despite the fact that he had originally set out to prove that such spaces could not possibly exist. Order the book on which this lecture is based from Amazon.com. 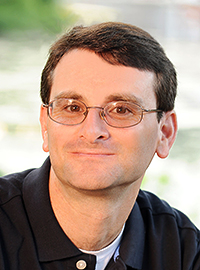 Why Everyone Else is a Hypocrite:
Evolution and the Modular Mind

WE’RE ALL HYPOCRITES. Why? Evolutionary psychologist Robert Kurzban shows us that the key to understanding our behavioral inconsistencies lies in understanding the mind’s design. The human mind consists of many specialized units designed by natural selection. While these modules sometimes work together seamlessly, they don’t always, resulting in impossibly contradictory beliefs, vacillations between patience and impulsiveness, violations of our supposed moral principles, and overinflated views of ourselves. This modular view of the mind undermines deeply held intuitions about ourselves. Modularity suggests that there is no “I.” Instead, each of us is a contentious “we” — a collection of discrete but interacting systems whose constant conflicts shape our interactions with one another and our experience of the world. Order the book on which this lecture is based from Amazon.com. 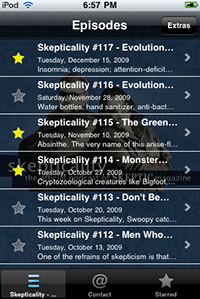 Get the Skepticality App
for iPhone, iPad, iPod Touch, Android

Now Skepticality — the Official Podcast of Skeptic magazine has an App for iPhone, iPad, iPod Touch and Android mobile devices! Listen to your favourite skeptical podcast wherever you go and easily share episodes with your friends via Twitter and Facebook from within the app.

Requires iOS 3.0 or later for iPhone, iPad, and iPod Touch. Listening to an episode of Skepticality in the background while running other apps requires iOS 4.0. 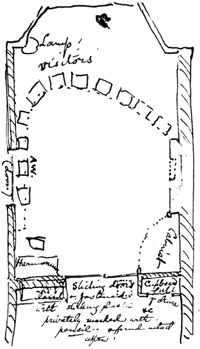 Last Week’s Mystery Photo is the “Palace of the Parliament” in Bucharest, Romania, formerly the “People’s Palace” that was built by the ruthless dictator Nicolae Ceausescu, who nearly bankrupted his people funding a building that was not for the people, but for the dictator and his cronies. I took a tour of the palace in 2009 when I was invited to speak in honor of the bicentennial of Darwin’s birthday, sponsored by the Romanian humanists organized by Remus Cernea and his colleagues. According to my tour guide, the palace is the second largest building in the world, just slightly smaller than the Pentagon. After the fall of communism after Ceausescu was overthrown and executed, the new government largely abandoned the completion of the building because it was so expensive, and according to my guide Donald Trump tried to buy the building for $2 billion and turn it into the world’s largest hotel and casino. But just before the deal closed the Romanian government had it appraised by a British appraisal company, who confirmed that it was worth far more than $2 billion, so the deal fell through. The Palace measures 270 m (890 ft) by 240 m (790 ft), 86 m (282 ft) high, and 92 m (302 ft) underground. It has 1,100 rooms, 2 underground parking garages and is 12 stories tall, with four underground levels currently available for the general public and in use, and another four in different stages of completion. See some more photos from this trip including: a view from the building looking out on the city, a mosh pit of electrical wiring found throughout the city as they scramble to keep up with the growth of the city, hanging with Remus, and some shots inside the city’s magnificent botanical garden. 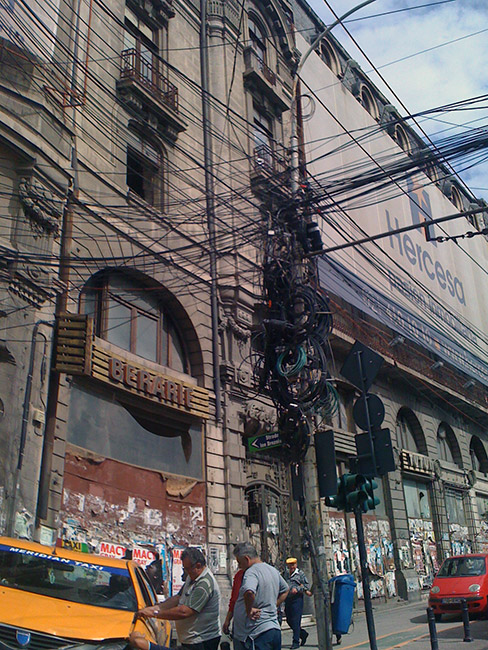 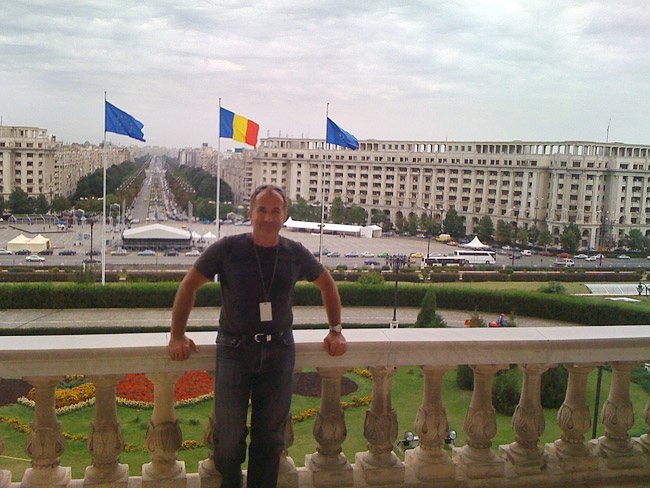 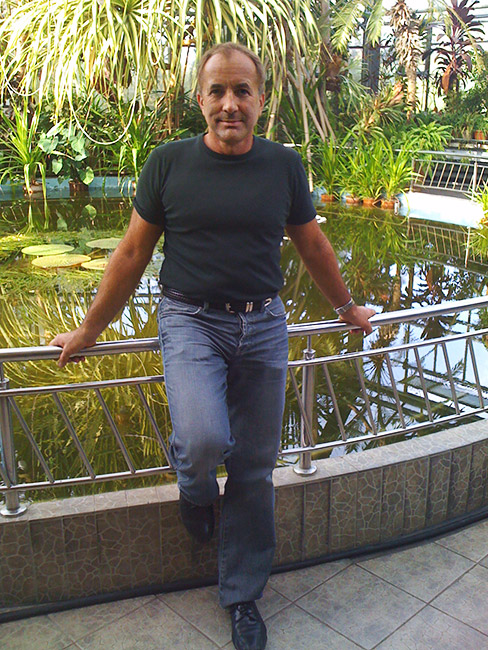 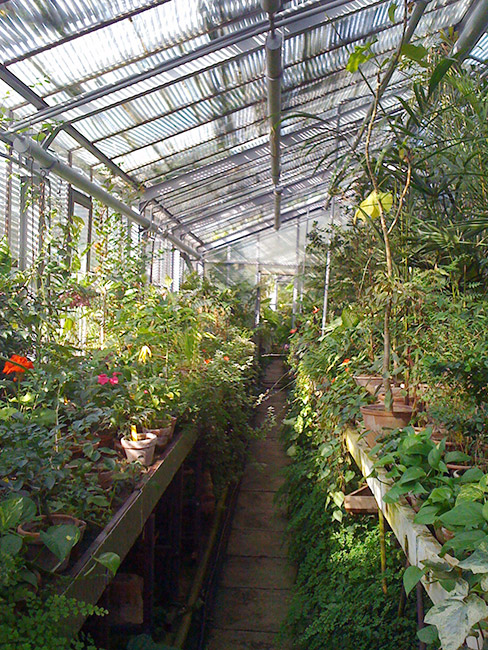 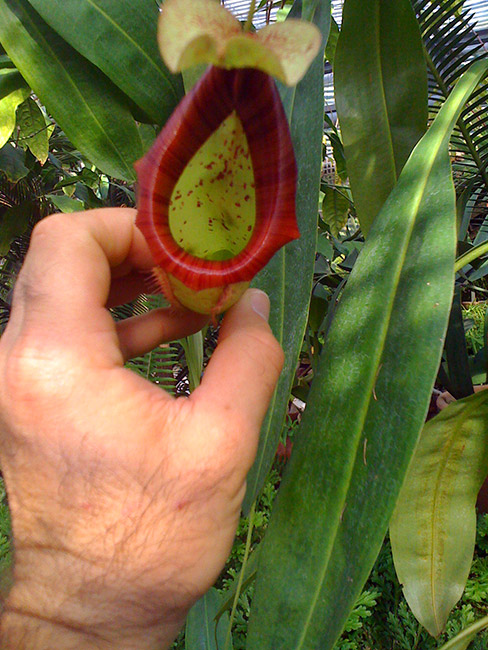 NEW ON SKEPTICBLOG.ORG
Anatomy of an Activist Stunt