Our Next Lecture at Caltech
Seating limited. Tickets at the door: first come, first served. 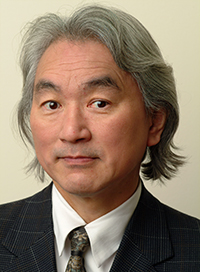 The Physics of the Future:
How Science Will Shape Human Destiny and Our Daily Lives
by the Year 2100

PHYSICIST MICHIO KAKU TAKES US ON A JOURNEY into the future to reveal the revolutionary developments in medicine, computers, quantum physics, and space travel that will forever change our way of life and alter the course of civilization. For example:

Order the book on which this lecture is based from Amazon.com.

Can’t Make it to Our Lectures?
Get them on DVD!

Many of you would love to be able to make it to our lectures at Caltech, but cannot. And, many of you may not realize that we record almost all of our lectures and sell them on CD and DVD through our online store.

ORDER past lectures on DVD 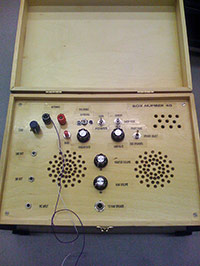 The solution to the Mystery Photo from March 16 is the “no parking” sign at Bryan College in Dayton, Tennessee, named after William Jennings Bryan, three-time presidential candidate and defender of the faith at the Scopes Monkey trial held over the summer of 1925 in Dayton, shortly after which Bryan died and thus the college was built in his honor. The bumper sticker was on the automobile of my host who drove me there and gave me a tour of the town, the biologist and philosopher Massimo Pigliucci. For those interested in owning the Militant Agnostic sticker, just Google “militant agnostic sticker” and you will find several places online that sell it.

How We Consume &
Respond to Media 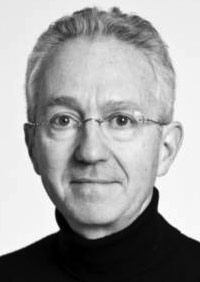 What was it about iTunes that changed the way we buy music? How can political candidates use social media to their advantage, and what makes the game “Angry Birds” so addicting? This week on Skepticality, Swoopy talks with Charles L. Mauro, a Certified Human Factors Engineering Professional and founder of MauroNewMedia, which is producing groundbreaking research on how we consume and respond to media (including television, web, mobile and virtual platforms), how we engage in social networking, and why sometimes we can’t seem to stop.

In this week’s eSkeptic, we reprint an essay in which Michael Shermer conjectures about the many paradoxes that arise from theories of time travel. Shermer reviews some of the problems which scientists have determined will relegate time travel to the realm of science fiction.

This article is copyright © 2002 by Scientific American, Inc. All rights reserved.
It also appeared in Skeptic magazine volume 10, number 1 (2003). 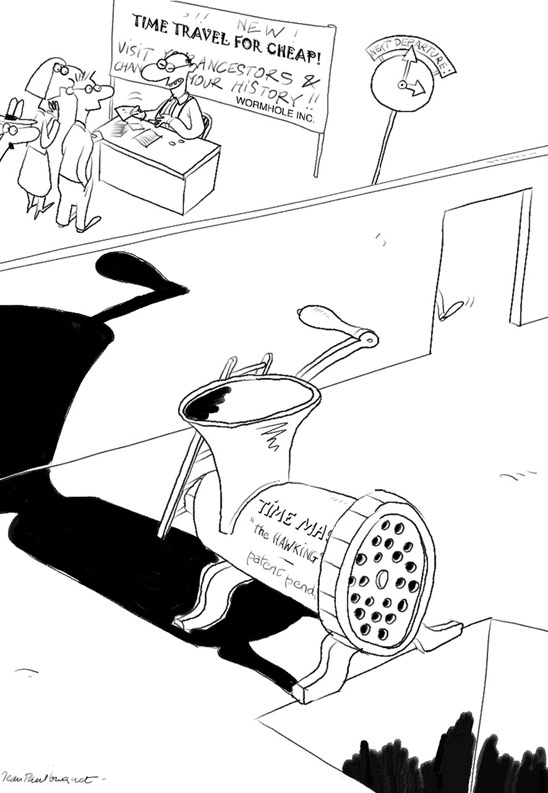 In an episode of the original Star Trek series, Dr. McCoy falls through a time portal in a city “on the edge of forever” and changes the past in a way that erases the Enterprise and her crew, with the exception of a landing party, Captain Kirk, and Mr. Spock, who must return to the past to fix what McCoy has undone. Time travel is a well-worn staple of science fiction writers, but not only does it violate numerous physical laws, there are fundamental problems of consistency and causality. The most prominent is the “matricide paradox” in which you travel back in time and kill your mother before she gave birth to you, which means you could not have been born to then travel back in time to kill your mother. In Back to the Future, Marty McFly faces a related but opposite dilemma in which he must arrange for his mother to date his father in order to ensure his conception.

One way around such paradoxes can be found in extremely sophisticated virtual reality machines (think of a holodeck), programmed to replicate a past time and place in such detail that it is indistinguishable from a real past (which one can never know in full in any case). Another option involves a multiple universes model of cosmology in which you travel back in time to a different but closely parallel universe to our own, as portrayed in Michael Crichton’s novel Timeline, where the characters journey to another universe’s Medieval Europe without any concern of mucking up our own chronology.

The fundamental shortcoming for both of these time travel scenarios is that it isn’t really your past. A virtual reality time machine is simply a museum writ large, and transporting to some other universe’s past would be like going back and meeting someone like your mother, who marries someone like your father, producing someone like, but not you—surely a less appealing trip than one in your own time-line. To make that trip you need the time machine of Caltech’s Kip Thorne, who had his interest piqued in time travel when he received a phone call one day from Carl Sagan, who was looking for a way to get the heroine of his novel Contact—Eleanor Arroway (played by Jody Foster in the film version)—to the star Vega, 26 light years away.

The problem Sagan faced, as all science fiction writers do in such situations, is that at the speed of, say, the Voyager spacecraft, it would take about 490,000 years to get to Vega. That’s a long time to sit, even if you are in first class with your seat back and tray table down. Thorne’s solution, adopted by Sagan, was to send Ellie through a wormhole—a hypothetical space warp similar to a black hole in which you enter the mouth, fall through a short tube of infinitely curved spacetime that leads to an exit hole somewhere else in the universe (think of a tube running through the middle of a basketball— instead of going all the way around the surface of the ball to get to the other side, you tunnel through the middle). Since, as Einstein showed, space and time are intimately entangled, Thorne theorized that by warping space one might also be warping time, and that by falling through a wormhole in one direction it might be possible to travel backward in time.

Thorne’s initial calculations showed that it was theoretically possible for Ellie to travel just one kilometer down the wormhole tunnel and emerge near Vega moments later—not even time for a bag of peanuts. After publishing his theory in a technical physics journal in 1988, Kip was branded by the media as “The Man Who Invented Time Travel.” Not one to encourage such sensationalism, Thorne continued his research and by the early 1990s began growing skeptical of his own thesis.

Whether it is possible to actually travel through a wormhole without being crushed out of existence, Thorne reasoned, depends on the laws of quantum gravity, which are not fully understood at this point. What he and his colleagues ultimately discovered is that, as Kip told me, “all time machines are likely to self destruct the moment they are activated.” Thorne’s colleague Stephen Hawking agreed, only half sardonically calling this conclusion the “chronology protection conjecture,” in which “the laws of physics do not allow time machines,” thus keeping “the world safe for historians.” Besides, Hawking wondered, if time travel were possible, where are all the time tourists from the future?

It’s a good question and, in conjunction with the paradoxes and physical law constraints, makes me skeptical as well. Until much more is known about quantum gravity and wormholes, virtual reality machines and multiple universes, I’ll do my time traveling through the chronology projector of the mind.

Skeptical perspectives on cosmology and physics…

Physics of the Impossible
by Dr. Michio Kaku (on DVD and CD)

One hundred years ago, scientists would have said that lasers, televisions, and the atomic bomb were beyond the realm of physical possibility. In this lecture, based on his book, renowned physicist Michio Kaku explores to what extent technologies and devices deemed equally impossible today might become commonplace in the future. READ more and order the lecture.

Warped Passages: Unraveling the Mysteries
of Hidden Dimensions
by Dr. Lisa Randall (on DVD and CD)

The concept of additional spatial dimensions is as far from intuitive as any idea can be.Employing creative analogies to explain how our universe may have many unseen dimensions, Randall works hard to make her astoundingly complex material understandable, and provides a great deal of background for recent advances in string and supersymmetry theory.
READ more and order the lecture.

Every week I receive invitations to speak at various venues around the world. On March 15, 2011, I received the following invitation to speak in London. As I was running out the door to go on my morning bike ride, I missed the obvious cues that this was a scam…