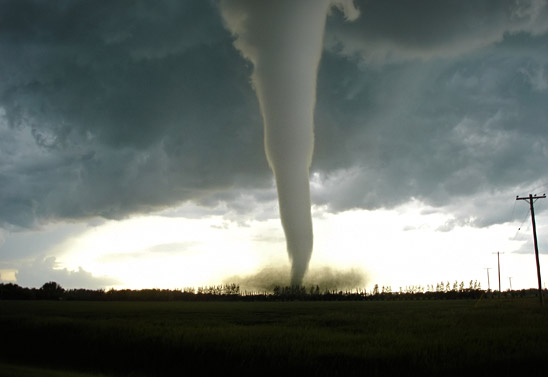 The tornado season of 2011 is already a record breaker. Is it due to global warming? In this week’s eSkeptic, Donald Prothero takes a look at this phenomenon.

Dr. Donald R. Prothero is Professor of Geology at Occidental College in Los Angeles, and Lecturer in Geobiology at the California Institute of Technology in Pasadena. He earned M.A., M.Phil., and Ph.D. degrees in geological sciences from Columbia University in 1982, and a B.A. in geology and biology (highest honors, Phi Beta Kappa) from the University of California, Riverside. He is currently the author, co-author, editor, or co-editor of 25 books and over 250 scientific papers, including five leading geology textbooks and three trade books as well as edited symposium volumes and other technical works. Check out Donald Prothero’s page at Shop Skeptic.

About the image above

The Record Tornado Season of 2011

The national news is dominated by yet another set of extraordinary tornadoes in the southern and central United States. The last month brought enormous twisters, including the May 22 tornado that wiped out Joplin, Missouri, and paved a path of destruction in Oklahoma and Kansas as well. It has killed at least 144 people (so far), making it the deadliest single tornado since the April 9, 1947, event that killed 181 in Woodward, Oklahoma. Back on April 27, Tuscaloosa, Alabama, was devastated, with a death toll that is still unknown as searchers comb through the debris. But on that date alone, over 327 tornadoes were reported, causing at least 344 deaths (149 of those in Alabama), with significant damage and deaths from Arkansas to Mississippi and on up into Tennessee and Georgia. The death toll from these storms exceeds the more than 300 killed in the legendary April 3–4, 1974, “Super Outbreak”, which caused death and destruction from Michigan, Indiana, and Ohio to Alabama and Georgia. These storms follow closely on the heels of major tornado outbreaks all over the Midwest and Southeast in February, March, and early April. 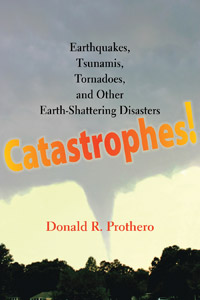 What is happening? According to religious end-timers and doomsayers, these are signs of the time that the end is nigh. According to conspiracy theorists, these events are evidence that the U.S. military is running secret experiments to control the weather from a secret station in Alaska. The truth may be less dramatic but it has the advantage of being based on the science of tornadoes and weather changes.

We understand the fundamentals of tornadoes pretty well. Usually there is warm moist air mass rising from the Gulf of Mexico that moves north and meets cooler, drier air from the northern Plains and the Rockies. When these collide, a strong front develops which causes a big horizontal cylindrical vortex to form. The warm air slides beneath the cold air and thunderheads grow. If there is also strong shear from the jet stream, the horizontal cylindrical spiral of air will tilt into a vertical funnel. If it continues to grow, it will touch the ground and become a tornado.

Because tornadoes are generated when these different air masses collide, they are most common in the spring, when the weather is transitioning from cold on the northern Plains to hot on the Gulf Coast. Thus, March through July are the busiest months of “tornado season,” although tornadoes occur in every month of the year. The U.S. has by far most of the world’s tornadoes due to its favorable geography. The Rocky Mountains funnel and block air masses, the warm Gulf air rises up from the south, and cold air masses descend from Canada.

The only other country in the world with significant tornadoes is Bangladesh, which also has a barrier of high mountains funneling the air masses (the Himalayas), warm moist air from the Bay of Bengal, and other similar factors. The world’s deadliest tornado occurred not in the U.S., but in Bangladesh on April 26, 1989, killing more that 1300 people.

The U.S. tornado season is getting off to a rip-roaring start this year, with over 1208 tornadoes reported so far, at least 875 of those confirmed (as of May 24, 2011). At this pace, 2011 will easily break the previous records for tornado seasons (although there have been seasons in the past that started strong and then fizzled). Of these, there were at least 4 tornadoes that were a Category 5 on the Enhanced Fujita scale, the largest known events, with estimated wind speeds in excess of 200 mph (322 km/hr). So far, 2011 is the deadliest year in U.S. tornado history due to the more than 322 deaths in the April 27 outbreak and the more than 144 deaths in the May 22 outbreak.

The good news is that these numbers don’t yet approach the deadliest tornadoes in U.S. history, including over 700 killed and 2,027 injured by the Tri-State Tornado of March 18, 1925. That twister carved a path of destruction for hundreds of miles from Missouri to Indiana. If you look at a list of the Top Ten Killer Tornadoes in the U.S., most occurred in the late 19th–early 20th century, when there were no tornado warning systems in place and fewer places had tornado shelters. Today, there may be lots of dangerous tornadoes in a given year, but a higher percentage of people survive because of warnings and shelters and better building construction—even though our population growth and development are putting more people in harm’s way.

Are tornadoes becoming more frequent than ever before, just like larger killer hurricanes are becoming more frequent and energetic? Here, the evidence is still preliminary and inconclusive. Tornado data from the National Oceanographic and Atmospheric Administration (NOAA) seems to show a fairly stable but fluctuating trend of about 800–1000 tornadoes per year between 1970 and 1988. Then, starting in 1989, the trend climbs to around 1200 tornadoes per year, with big spike of over 1300–1400 tornadoes in 1998 and 2003, 1692 in 2008, 1156 in 2009, 1282 in 2010, and already over 1200 in less than 5 months of the start of 2011. There seems to be no strong correlation with El Niño or La Niña years, as once thought. A lot of scientists are currently studying the data, but so far as I know, no one has done a careful statistical analysis to see if this trend is meaningful, and whether it holds up against the records over the past century.

There are numerous confounding factors, such as the effects of larger more widespread populations that increase the damaged areas, and also a larger, more alert population that reports more tornadoes than 50 years ago. But it would not surprise me to find that the warming of the tropics that drives hurricanes also means more energy in those Gulf Coast warm, moist air masses that cause tornadoes, as was predicted in 2007 studies by NASA and the National Academy of Sciences and the 2008 study “Scientific Assessment of the Effects of Global Change on the United States.”

So hold on to your hats! It may not be the end of the world but by natural variation coupled to a warming trend we might just get walloped more this year than most.

Greenhouse of the Dinosaurs: Evolution, Extinction, and the Future of Our Planet
by Dr. Donald Prothero

He begins the book with the “greenhouse of the dinosaurs”—a global-warming episode that dominated the Age of Dinosaurs and the early Age of Mammals—to introduce the science of paleoclimatology, the study of long-term changes in the earth’s climate. The book covers the possible reasons for past radical climate changes and extinctions—from a jungle climate in the Arctic to the frozen snowball earth—and what this could mean for us and our current climate stituation. No matter what your view is on climate change, understanding the methods used to analyze past climates will help you understand what the future may hold for the planet.
READ more and order the book.

The Weather Makers: How Man is Changing the Climate and What it Means for Life on Earth
by Tim Flannery

Sometime this century the day will arrive when the human influence on the climate will overwhelm all other natural factors. Over the past decade, the world has seen the most powerful El Niño ever recorded, the most devastating hurricane in 200 years, the hottest European summer on record, and one of the worst storm seasons ever experienced in Florida. Dr. Flannery outlines the history of climate change, how it will unfold over the next century, and what we can do to prevent a cataclysmic future, including what every one of us can do right now to reduce deadly CO2 emissions by as much as 70 percent.
READ more and order the book.

In this issue: A Climate of Belief; How We Know Global Warming is Real: The Science Behind Human-induced Climate Change; The Hydrogen Economy; How to solve the global warming problem by 2020…
READ more and order the back issue. 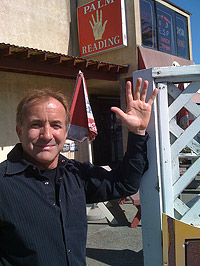 The Mystery Photo from May 18th is Temple Grandin, whom I met at TED 2010 and found to be one of the most interesting and remarkable people I’ve ever met. A true inspiration. —Michael Shermer

Talk to the hand! Where is this psychic shop? (Hint: think doomsday)

NEW ON SKEPTICBLOG.ORG
Demographics of Belief 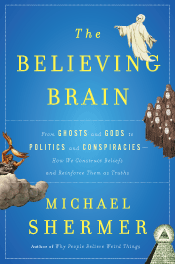 Order The Believing Brain
from shop.skeptic.com

In this week’s Skepticblog post, Michael Shermer presents an excerpt from the Prologue to his new book, The Believing Brain: From Ghosts, Gods, and Aliens to Conspiracies, Economics, and Politics—How the Brain Constructs Beliefs and Reinforces Them as Truths. The Prologue is entitled “I Want to Believe.” The book synthesizes 30 years of research to answer the questions of how and why we believe what we do in all aspects of our lives, from our suspicions and superstitions to our politics, economics, and social beliefs. 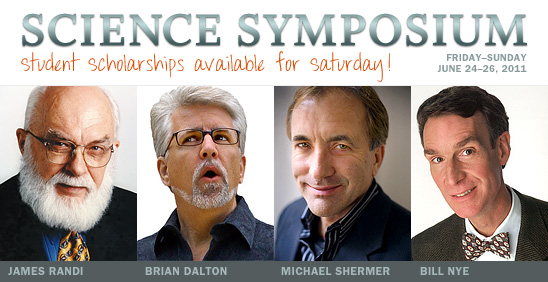 Don’t miss this rare opportunity to hear four of the world’s leading Skeptics discuss their experiences fighting irrationality and promoting science (and what you can do to help)!