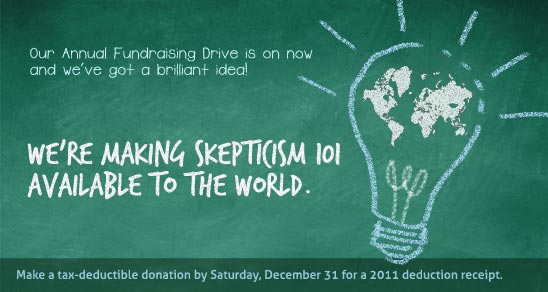 We need your support! 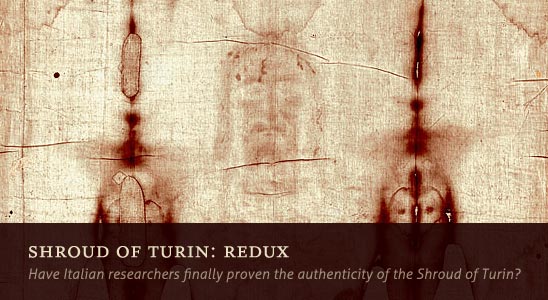 Recently, global headlines have resurrected the decades-old case of the Shroud of Turin in response to a group of Italian researchers who have studied its authenticity and claim that the image it bears (ostensibly of Jesus) was not faked. Though the case for fraud has indeed been strong since the 14th century, skeptics know all too well that some topics just never seem to get laid to rest. In this week’s eSkeptic, Daniel Loxton responds to the media hype.

Skeptics sometimes express impatience with discussion of seemingly quaint paranormal claims. (“What, Bigfoot—again?”) But the great lesson of paranormal history is that it is a wheel: no matter how passé or fringe a claim may sound, it is almost guaranteed to come ‘round again, in the same form or in some novel mutation.

In the last few days, global headlines have resurrected a nostalgic case from my childhood, just in time for Christmas: “The Shroud of Turin Wasn’t Faked, Italian Experts Say.” The cutting edge of yesterday—today! Even in my youth, this mystery was centuries old.

The Shroud of Turin is a 14-foot length of linen cloth that bears a stylized picture of a bearded man. Legend holds the Shroud to be a burial cloth wrapped around the Biblical Jesus following his execution. This linen was allegedly flash-imprinted with an image of Jesus during his miraculous resurrection, presumably by an intense burst of energy released under such circumstances.

The case for fraud has been strong since the 14th century, but enthusiasts insist on rolling that wheel ‘round again. According to news reports this week, Italian scientists used an infrared CO2 laser to scorch images onto cloth and ”conducted dozens of hours of tests with X-rays and ultraviolet lights” in an effort to prove that the image could be created by a burst of electromagnetic energy. (Here’s a PDF of their Italian-language report.) What is the wavelength of a resurrection miracle? If there is one, the scientists were unable to discover what it might be. They learned (in ABC News’s paraphrase) that “no laser existed to date that could replicate the singular nature of markings on the shroud.”

Full-length photograph of the Shroud of Turin which is said to have been the cloth placed on Jesus at the time of his burial. (Public domain image from Wikimedia Commons.)

All this business with lasers is neither here nor there. I’m reminded of magician James Randi’s line from Flim-Flam! about the pseudoscience technique of the Provocative Fact.

The same technique was used by the Gellerites when they assured us that at no time did Uri Geller use laser beams, magnets, or chemicals to bend spoons. This was quite true. It is also quite true that he had no eggbeaters, asbestos insulation, or powdered aspirin in his pockets either. So what?1

Turns out it’s hard to make a Shroud copy using lasers. That’s hardly surprising, but neither is it relevant. There was never a good reason to think the Shroud was created by anything but the tools and artistry of a painter. Failed attempts to replicate the Shroud image using lasers only underline the argument skeptics have made for decades: the object is a medieval fake.

The bottom line on the Shroud remains the same: the Shroud continues to fail several key practical tests, as discussed by skeptical investigator Joe Nickell in his classic work on the subject, Looking for a Miracle:2

Overturning the robustly supported conclusion that the Shroud was manufactured by a medieval artist would take extraordinary levels of evidence in favor of some alternate explanation. The current media hype carries no such breakthrough news. The opposite is true, in fact: the Italian researchers concede (as quoted by Vatican Insider) that their “inability to repeat (and therefore falsify) the image on the Shroud makes it impossible to formulate a reliable hypothesis on how the impression was made.” 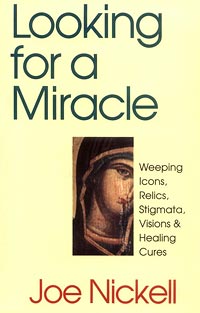 After decades of controversy, the real shame is not merely the miasma of pseudoscience surrounding the relic (that’s a fog skeptics are happy enough to cut through) but the blurring of the lines between science and metaphysics—or if you like, between science and faith. The Shroud’s popularity seems to stem from the hope that it could deliver tangible evidence for the divine, but that hope is misplaced. Even if Shroud researchers were to prove their (exceptionally unlikely) speculation that the Shroud image was imprinted by “a short and intense burst of VUV directional radiation,” this would in no way confirm the existence of God, only of a unique printing process—a process enthusiasts have thus far been unable to demonstrate. The truth is that the tools and methods of empirical science would remain powerless to confirm the existence of a transcendent metaphysical God even in the event that such a being existed. It’s just not the sort of question science can answer.

Pressing science into the service of metaphysics may do harm to religion—I’ll leave it to the religious to say if that is so—but it cuts out the heart of the scientific enterprise. And that is a Christmas present that none of us should want.

Skeptical must-haves for your library…

Flim-Flam, a classic masterpiece and the bible of the skeptical movement is Randi’s account of dozens of his personal investigations into the paranormal. No skeptical bookshelf should be without it. Insightful and a page-turner, this is Randi at his best.
READ more and order the book.

The Skeptic’s Dictionary
by Robert Carroll

Based on Carroll’s website (skepdic.com), the Dictionary is the definitive short-answer debunking of nearly everything skeptical. A must for every bookshelf. READ more and order the book.

Why People Believe Weird Things: Pseudoscience, Superstition, and Other Confusions of Our Time
by Michael Shermer 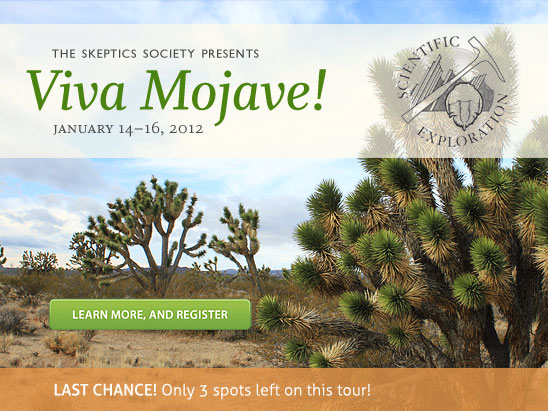 Only 3 spots left for Viva Mojave!

JOIN THE SKEPTICS SOCIETY FOR A WONDERFUL THREE-DAY TOUR of the highlights of the Mojave Desert and the Las Vegas area. We will stop at the historic restored ghost town of Calico and take several tours, visit Afton Gorge where Ice Age floods drained Lake Manix, collect 550 million year old trilobites, experience the spectacular boulders of Red Rock Canyon, and conclude with a guided tour of Hoover Dam. 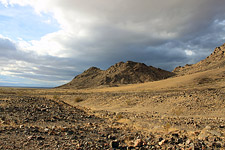 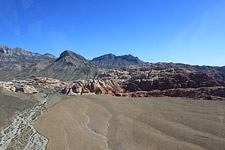 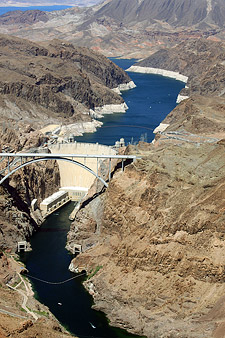 Tour price includes charter bus, all hotel accommodations, breakfast and lunch each day, guided tour narration and guidebook, all other admission fees, and a tax-deductible contribution to the Skeptics Society of $130. Seats are limited to about 50 people on a single tour bus, so the tour should fill up fast.