NEW ON SKEPTICBLOG.ORG
The Colorado Massacre, Gun Control,
and the Law of Large Numbers

In this week’s Skepticblog, Michael Shermer takes a look at the law of large numbers as it applies to the historical data of mass murder and argues for outlawing all automatic and semi-automatic weapons for anyone who is not in law enforcement or the military.

In Michael Shermer’s August “Skeptic” column for Scientific American, he discusses the neuroscience of free will and whether or not we have the ability to veto the endless causal chain of neural impulses that make our wills, as Sam Harris says, “not of our own making.” 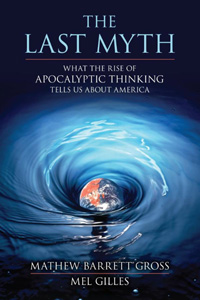 From the book of Revelation to global warming catastrophes to the many predictions of the end of civilization, why does culture seem to be obsessed with the idea that the end is near? In this episode of Skepticality, Derek speaks with Mathew Gross: the man responsible for Howard Dean’s internet strategy in his bid for the presidency in 2004. Mathew is a nature trails historian, avid hiker, and recently the author of the new book, The Last Myth, which is a look into the rise of apocalyptic thinking and what it tells us about America.

At a press conference on February 12, 2002, the United State Secretary of Defense Donald Rumsfeld employed epistemology to the explain U.S. foreign entanglements and their unintended consequences: “There are known knowns. There are things we know we know. We also know there are known unknowns. That is to say, we know there are some things we do not know. But there are also unknown unknowns, the ones we don’t know we don’t know.” It is this latter category especially that is the focus of Stuart Firestein’s sparkling and innovative look at ignorance, and how it propels the scientific process forward. Firestein is Professor and Chair of the Department of Biological Sciences at Columbia University, where he teaches a wildly popular course on ignorance, inviting scientists in as guest speakers to tell students not what they know but what they don’t know, and even what they don’t know that they don’t know. (Would you rather earn an A or an F in a class called “Ignorance”?, he muses.) This is a slim volume about a fat topic, but Firestein captures the essence of the problem by contrasting the public’s understanding of science as a step-wise systematic algorithm of grinding through experiments that churn out data sets to be analyzed statistically and published in peer-reviewed journals after a process of observation, hypothesis, manipulation, further observation, and new hypothesis testing, with the Princeton University mathematician Andrew Wiles’ description of science as “groping and probing and poking, and some bumbling and bungling, and then a switch is discovered, often by accident, and the light is lit, and everyone says, ‘Oh, wow, so that’s how it looks,’ and then it’s off into the next dark room, looking for the next mysterious black feline” (p. 2), in reference to the old proverb: “It is very difficult to find a black cat in a dark room. Especially when there is no cat.”

If ever there was a time to think seriously about ignorance it is in our age of digital knowledge. Consider an Exabyte of data, or one billion gigabytes (typical thumb drives that most of us carry around consist of a couple of gigabytes storage capacity). It has been estimated that from the beginning of civilization around 5,000 years ago to the year 2003, all of humanity created a grand total of five exabytes of digital information. From 2003 through 2010 we created five exabytes of digital information every two days. By 2013 we will be producing five exabytes every ten minutes. The 2010 total of 912 exabytes is the equivalent of 18 times the amount of information contained in all the books ever written. It isn’t knowledge that we need more of; it is how to think about what we know and what we don’t know that is becoming ever more critical in science, through a process Feinstein calls “controlled neglect.” Scientists “don’t stop at the facts,” he explains, “they begin there, right beyond the facts, where the facts run out” (p. 12). It must be this way, he argues, because “the vast archives of knowledge seem impregnable, a mountain of facts that I could never hope to learn, let alone remember” (p. 14). Doctors and lawyers and engineers need many facts at their ready, as do scientists, but for the latter “the facts serve mainly to access the ignorance” because this is where the action is. “Want to be on the cutting edge? Well, it’s all, or mostly, ignorance out there. Forget the answers, work on the questions” (pp. 15–16).

To Rumsfeld’s epistemological categories Firestein would one add more: unknowable unknowns, “things that we cannot know due to some inherent and implacable limitation.” He puts history in this category, but I would not, for if we take the broader construct of history as anything that happened before the present then most of astronomy, cosmology, geology, archaeology, paleontology, and evolutionary biology are historical sciences, subject to testing hypotheses no less rigorously than their experimental scientists in the lab. And I worry slightly that an overemphasis on our ignorance about this or that claim opens the door to creationists, Holocaust deniers, climate deniers, and post-modern deconstructions who wish to challenge mainstream scientists because of religious or political agendas. Acknowledging our ignorance is good, but let’s acknowledge and celebrate what science has confidently given us in the way of well-supported theories. 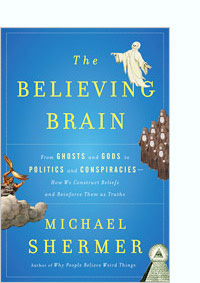 In this book, I present my theory on how beliefs are born, formed, nourished, reinforced, challenged, changed, and extinguished. Sam Harris calls The Believing Brain “a wonderfully lucid, accessible, and wide-ranging account of the boundary between justified and unjustified belief.” Leonard Mlodinow calls it “a tour de force integrating neuroscience and the social sciences.”

That caveat aside, Ignorance includes an important discussion about scientific errors and their propagation in textbooks. I’m embarrassed to admit that I perpetrated one of these myself in my latest book, The Believing Brain, in which I repeated as gospel the “fact” that the human brain contains about 100 billion neurons. Firestein reports that his neuroscience colleague Suzana Herculano-Houzel told him it is actually around 80 billion (after undertaking an actual neural count!), and that there are an order of magnitude fewer glial cells than the textbooks report. As well, Firestein continues, the “neural spike” every neuroscientist measures and every student learns as the fundamental unit of neural activity when the cell fires, is itself a product of the electrical apparatus employed in the lab and ignores other forms of neural activity. And if that isn’t bad enough, even the famous “tongue map” in which sweet is sensed on the tip, bitter on the back, and salt and sour on the sides that is published in countless popular and medical textbooks is wrong and the result of a mistranslation of a German physiology textbook by Professor D. P. Hanig, and that the localization differences are much more complex and subtle.

These and other errors are the result of our lack of skepticism of the knowledge we have and our lack of respect for ignorance. “Ignorance works as the engine of science because it is virtually unbounded, and that makes science much more expansive” (p. 54). Indeed it is, and as the expanding sphere of scientific knowledge comes into contact with an ever increasing surface area of the unknown (thus, the more you know the more you know how much you don’t know), we would do well to remember the mathematical principle of surface area to volume ratio: as a sphere increases the ratio of its volume to surface area increases. Thus, in this metaphor, as the sphere of scientific knowledge increases, the ratio of the volume of the known to the surface area of the unknown increases, and it is here where we can legitimately make a claim of true and objective progress.

Skeptical perspectives on thinking mistakes, the life-cycle of fads, and public understanding of science…

Don’t Believe Everything You Think:
The 6 Basic Mistakes We Make in Thinking
by Thomas Kida

This enlightening book discusses how to recognize faulty thinking and develop the necessary skills to become a more effective problem solver. Author Thomas Kida identifies “the six-pack of problems” that leads many of us unconsciously to accept false ideas. Kida vividly illustrates these tendencies with numerous examples that show how easily we can be fooled into believing something that isn’t true.…

Flavor of the Month:
Why Smart People Fall for Fads
by Joel Best

Sociologist Best dissects the dangerous hula hoops of business, medicine, science and education in this exposition on institutional fads. According to Best, American attitudes toward progress (colored by optimism, competitiveness, a belief in positive change and a fear of being seen as old-fashioned) serve as kindling to the fire of the next big cure, technological revolution, business management secret or teaching method. Best delineates stages of the fad life-cycle and identifies conditions and players essential to creating a successful fad.

Junk Science: An Overdue Indictment of Government, Industry, and Faith Groups That Twist Science for Their Own Gain
by Dan Agin

In this provocative, wide-ranging, and hard-hitting book, University of Chicago biology professor Dan Agin argues from the center that we will pay a heavy price for the follies of people who consciously twist the public’s understanding of the real world. Agin separates fact from conveniently “scientific” fiction and exposes the data faking, reality ignoring, fear mongering, and outright lying that contribute to intentionally manufactured public ignorance. Junk Science arms us with understanding, cutting through the fabric of lies and setting the record straight.