Watch Michael Shermer debunking UFO rumors and taking on believers on Larry King’s new show. Watch it now on Ora TV. Also, check out this behind the scenes album on Facebook. For those of you outside the US, there are two short clips on YouTube here and here. Feel free to reTweet any of these Twitter updates: 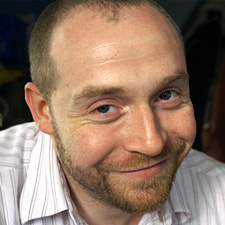 For thousands of years, people who made their living by working the sea have reported creatures that appeared to be half-human and half-fish. Some of these stories are legends and fairy tales, but more recent sightings are reported as real animals. Confounding things even more are mummified mermaids brought to Europe from sailors coming back from Asia. A recent Animal Planet “documentary” claimed that mermaids are real and the US government is hiding the truth. This week on MonsterTalk, we interview museum curator (and mermaid-model expert) Paolo Viscardi.

Get the MonsterTalk Podcast App for Apple and Android Devices!

Get the MonsterTalk Podcast App (presented by Skeptic Magazine) and enjoy the science show about monsters on your handheld devices! Available for Android, iPhone, iPad, and iPod Touch. To get the app for iOS devices, download the free Podcast Box App on iTunes and then search for MonsterTalk within the Podcast Box app to listen to Monstertalk on your iPhone, iPad or iPod. For Android devices, simply install the stand-alone app.

In this week’s eSkeptic, Travis Walton responds to Michael Shermer, explaining his side of what happened on the Fox TV show The Moment of Truth on July 31, 2008.

EDITOR’S NOTE: This article by Travis Walton explains his side of what happened on this dreadful Fox television show on which I also appeared and described in last week’s eSkeptic. To understand Walton’s explanation you should read that article first, but if you don’t have time the upshot of the story is that Travis Walton claims that on November 5, 1975 he was abducted into a UFO in an Arizona national forest during a logging job and that his co-workers witnessed the event. According to the late UFO investigator Philip Klass, Walton passed one polygraph test (published) but failed another (unpublished), and in his opinion Walton and his associates made up the story as an excuse for failing to complete the logging job on time. Walton’s side of the story is recounted in detail in his 1978 book The Walton Experience, later reissued as Fire in the Sky, the title of the 1993 film based on the book. —Michael Shermer

The Muddle of Truth

With the recent airing overseas of the canceled Fox television show, Moment of Truth some people may have been mislead into believing that some shocking new revelation about the famous logging crew UFO case has come to light. Quite the contrary. Now that the airing of the show ends the “gag clause” in my contract (with its $1 million penalty) I am free to reveal that Moment of Truth has used testing methods that the producers were informed from the beginning were long ago completely discredited by every polygraph expert, lie detector school, and polygraph professional association in existence. I’ll quote here specific condemnations of the show’s methods by four of the world’s most highly respected polygraph experts who agree: “the polygraph aspect of the show has no validity whatsoever.” I will reveal other blatant deceptions the show has committed. And I will provide details of how, after the show, I underwent two of the most rigorous new polygraph tests available anywhere in the world.

I should have seen it coming. I should have known better. But there were unique circumstances. The company where I had worked for almost a decade announced a corporate headquarters decision to downsize by permanently terminating the 50 most recently hired workers, regardless of their performance. My hire date put me on that list. I came home that day to receive a phone call inviting me to be a “contestant” on a show I’d never seen that offered the possibility of winning up to $100,000. An opportunity to solve my layoff problem? I was wary. I began taping our negotiations. I watched an episode. I knew the examiner was their man, with every incentive to keep his employers from having to pay out big prize money. I wrote emails to a few of my friends about my apprehensions. I wrestled with doubt. I learned the show specialized in setting “contestants” up for dramatically devastating revelations (a la Jerry Springer). Still, it appeared I was on the brink of financial problems and all I had to do was answer 25 questions truthfully. What could be easier than that? Order the hardback from Amazon

Why We Lie: The Evolutionary Roots of Deception and the Unconscious Mind by Dr. David Livingstone Smith

Deceit, lying, and falsehoods lie at the very heart of our cultural heritage. The ever-present possibility of deceit is a crucial dimension of all human relationships. Philosopher and evolutionary psychologist Smith elucidates the essential role that deception and self-deception have played in human—and animal—evolution and shows that the very structure of our minds has been shaped by the need to deceive…

Abducted! How People Come to Believe They Were Kidnapped by Aliens by Dr. Susan Clancy

How could anyone believe they were abducted by aliens? Susan Clancy interviewed and evaluated “abductees,” listening closely to their stories — how they struggled to explain something strange in their remembered experience, how abduction seemed plausible, and how, having suspected abduction, they began to recollect it, aided by suggestion and hypnosis. Clancy argues that abductees are sane and intelligent people who have unwittingly created vivid false memories from a toxic mix of nightmares, culturally available texts, and a powerful drive for meaning that science is unable to satisfy…

The Art of Imagining UFOs: The Search for Images of Spaceships in European Paintings Provides an Important Lesson for All Paranormal Enthusiasts — Do Your Homework!; Replicating the Real Thing: UFOs, Photographs & the Burden of Proof; Early Origins of Traditional Chinese Medicine; The Mass Suicide of the Xhosa; Salt, Toothpaste & the CIA: Conspiracy Theory in Contemporary Indian Society, more…